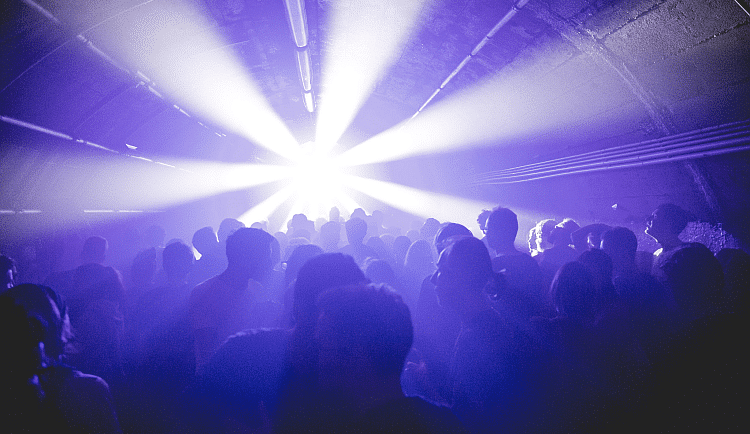 From 28 February to 4 March the Grazer Schlossberg will once again be home to a varied programme of music, art and discourse. The ELEVATE FESTIVAL heralds the beginning of spring for the second time in 2018. The topic this year is “Risk/Courage”.

In 2018, the Elevate Festival will analyze current worldwide social, economic and ecological developments. The focus is on possible alternatives to the status quo. This year’s extensive programme of workshops, lectures and panel discussions will focus on two basic concepts of modernity: risk and courage.

Risk tolerance is part of human nature. Highly moral acts requiring special courage are considered courageous. Citizens’ rights, peace treaties, minimum wages, women’s suffrage, freedom of expression – the achievements of modernity are seen as the result of courageous struggles that have advanced our society. And indeed, in many parts of the world today there is a considerable measure of peace, security and stability. Nevertheless, binding strategies for dealing with global crisis areas such as climate change and social inequality are still lacking.

For some years now, the rise of authoritarian tendencies has also been evident. Not only in the global financial market but also in a series of formerly fully democratic states. Do we expose ourselves to too many risks today or do we risk too little? Is there perhaps a lack of courage to make necessary course corrections, or are there simply no appealing narratives that point the way to tomorrow? And how do refugees, the politically persecuted, and activists from all over the world deal with the often life-threatening circumstances to which they often are forced to expose themselves.

Daniel Erlacher, Elevate co-founder and coordinator of the discourse area, would like to draw the public’s attention to the many forms of successful resistance movements that currently exist. “Indigenous environmentalists form global alliances. Whistleblowers often risk their careers to point out grievances. Some activists, journalists, and artists even risk their lives to stand up for their cause. Civilian disobedience and non-violent resistance are once again the leitmotif of people who commit themselves.”

These questions will be discussed at the Elevate Festival together with a large number of scientists, activists, and civil society initiatives from all over the world. The main focus will be on inspiration and an exciting examination of new ideas, strategies, and perspectives over five festival days at the beginning of March 2018 in Graz.

WE ARE EUROPE – FINAL YEAR OF THE EUROPEAN FESTIVAL COOPERATION

Some sessions of the discussion programme will also be co-curated by partner festivals in 2018 as part of the Europe-wide festival cooperation “We Are Europe”. As part of the panel discussion “Risk: Art and Activism – Taking Matters Further”, the Todaysart Festival from The Hague will focus on risk-conscious artists and courageous art projects. The Reworks Festival from Thessaloniki relates the situation of refugees in Greece to the socially predominant narratives. Top-class guests from Thessaloniki and many other parts of the world will be discussing this topic in Graz.

A preview of the programme will be presented at the opening show on Wednesday 28 February, with many international guests giving a preview of the upcoming sessions. Artistic performances, performances by Gerhard Haderer, Josef Zotter, Tara Houska, Sarah Harrison and Renata Avila as well as the eagerly awaited opening speech and question round with Wikileaks founder Julian Assange (live via videostream from the Ecuadorian Embassy in London) round off the programme. Numerous lectures, panel discussions, workshops, and documentary film screenings take place from Thursday to Sunday. Reasons for their willingness to take risks – first-hand. Bastian Obermayer from the Süddeutsche Zeitung will also report on his experiences with the Panama and Paradise Papers.

You can find the entire discussion program at https://elevate.at/diskursprogramm

The festival for music, art, and political discourse has already announced some remarkable innovations for the upcoming festival edition at the beginning of March. Three new stages should excite the friends of advanced music cultures. An open-air stage on which techno-humourist DJ Koze, for example, will provide the right atmosphere, a baroque church that will plunge Efterklang collaborator Peter Broderick into an avant-garde ambience, and a stage for A/V performances at the boundaries of video, sound, and space will extend the stylistic scope of the festival.

The opening show on February 28th at the Orpheum will feature the classically trained composer and turntable virtuoso Jorge Sánchez-Chiong together with Lukas Koenig on drums. The electro duo Waelder will play its organically animated soundscapes of ambient folk, post-dubstep, and LoFi pop. One of the most distinguished local electronic musicians, B. Fleischmann, whose music was once described as a romantic evening walk through the factory, will perform with a band and a new album in his set-list.

The evening of chamber music in the venerable halls of the Graz Mausoleum will be followed the next day by the Bosnian-Swiss accordionist Mario Batkovic. The internationally acclaimed instrumentalist, whose idiosyncratic style has already been discovered by Portishead mastermind Geoff Barrow among others, explores the limits of his instrument with set pieces from classical and contemporary music. Sound art guru C. Fennesz and media artist Lillevan, will make an atmospheric contribution to the new AV focus at the Orpheum on Friday. The compositions by Fennesz, flooded with light act like a musical telescope aimed at distant rainforests, providing an up-close view of living nature incombination with the moving pictures by Lillevan, who often re-contextualizes fragments from the cinema archives for his short films.

The Australian avant-garde drummer Will Guthrie will perform a concert in total darkness in the “Dunkelkammer”, a series of sound art works by Forum Stadtpark. The Berlin musician Rashad Becker presents a sound piece that was written especially for a special 3D loudspeaker system, the IKO. A world premiere in cooperation with the audio company sonible as part of the newly founded transnational production platform Re-Imagine Europe.

You can find the complete music program at https://elevate.at/history/