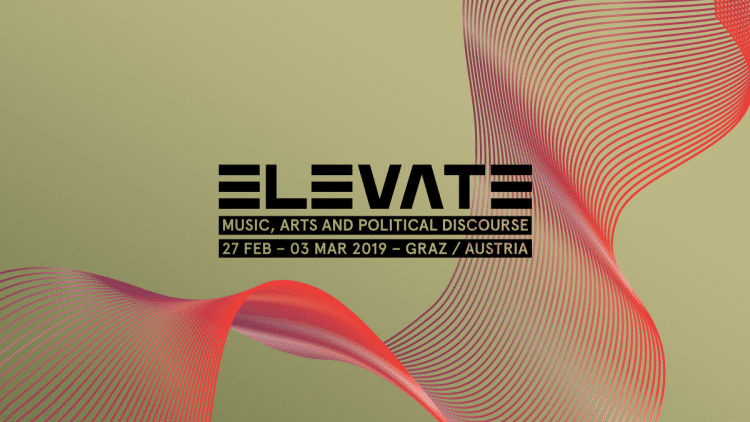 Elevate is an annual interdisciplinary festival held in various venues around the Schlossberg in Graz, Austria. With its unique combination of critical political discourse and contemporary music and art, the Elevate Festival stands out of the “usual” festival circus.

From February 27 until March 3, the 15th edition of the Elevate Festival will turn the city of Graz into a hotspot for young, contemporary festival culture. With Pamela Anderson as the star guest of the discourse programme, the musical lineup fully confirmed and  details on the interdisciplinary section of “Elevate Arts”, spring may arrive. Outstandig for Elevate, is the rich spectrum of different musical styles. Who else could programme that delightfully Maja Osojnik next to Dorian Concept, Margarethe Maierhofer-Lischka or Atropa Club?

By the end of February, the Elevate Festival for music, arts, and political discourse will open its doors in Graz. Countless concerts, art events, and conferences will take place across five consecutive days in and around the Schlossberg. People from all over the world have been coming together for years to exchange ideas, dance, marvel and forge plans for future-oriented projects for a few days in the heart of Europe. The centrepiece of the festival is still its versatile music programme, which combines modern music on eight stages at the interfaces of techno-hedonism, free jazz, avant-garde rock, and new music.

Quiet, loud, or never heard and fresh: the line-up of the Elevate Festival 2019 is more diverse than the years before. Live concerts, audio-visual experiments, commissioned works and all kinds of electronic beats are the basic components to experience on more than eight stages in and around the Schlossberg in Graz.

News from Austria: The free jazz band mopcut, which caused a sensation for the first time at last year´s donaufestival, is – among others – one of these new discoveries. With Lukas König on synthesizers and drums, Julien Desprez on electric guitar and Audrey Chen as ecstatically extemporized vocalist with analog synthesizers, three artists combine their forces. They create non-prosaic songs as volatile entities beyond language and gravity, somewhere between sound architecture and performance ritual. But also well-known acts like Dorian Concept or the formation Lady Lynch will catch one’ s attention.
At the Forum Stadtpark a first-class of experts for musicial improvisation will perform together and individually: Catta, Maja Osojnik, Richie Herbst, Margarethe Maierhofer-Lischka, Eva Ursprung, Michael Eisl, Yvonne Hofmeister, Michael Laab, Georg Wissa, Harald Hofmeister, Seppo Gründler, Patrick Wurzwallner, Lotte Anker, Kinga Tóth, and Teonas Borsetto.

One specific point of emphasis in the discourse programme is on activists who are committed to important socio-political issues in the spotlight of the public. The star guest of this year’s festival is Pamela Anderson, an actress and model, who has long been active as an animal rights activist. Her socio-political activism in recent years has attracted a lot of attention. She will report on her experiences at the Elevate opening at the Orpheum. Other international activists at the festival are Nnimmo Bassey from Nigeria, environmentalist, and poet, winner of the Alternative Nobel Prize “Right Livelihood Award”, and Srećko Horvat, Croatian philosopher and democracy activist at DiEM25.

The individual programme days in the Forum Stadtpark are thematically wide-ranging: the festival theme of truth in the spectrum of media, language, and journalism as well as science, technology and art will be debated over the first two days. Facts about right-wing extremism, terrorism and the shredding of files by state actors are the central themes on Elevate Saturday. Finally, on Sunday, the topics of migration and the climate crisis will be merged and discussed together.