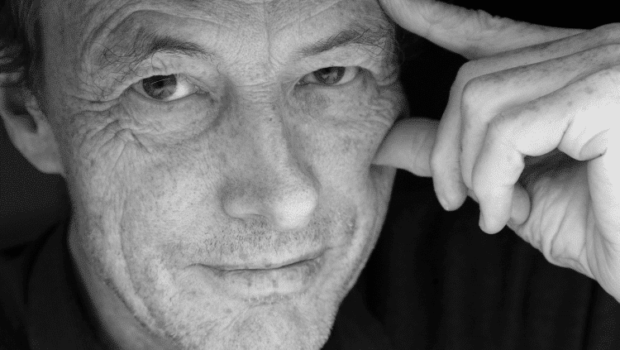 (PA) The international Ernst von Siemens Music Prize will be awarded to the Austrian-Swiss composer Beat Furrer in 2018. The award for a life in the service of music is endowed with 250,000 euros. The award ceremony will take place on 3 May 2018 at the Munich Prinzregententheater. In total, the Ernst von Siemens Music Foundation awards more than 3.5 million euros in prizes and sponsorships.

Beat Furrer has been an impressive creator of the musical present for many years. His influence on younger generations of composers and performers is enormous. The Board of Trustees of the Ernst von Siemens Music Foundation honours the composer, who was born in Switzerland in 1954 and was educated in the classical sense of the word, for a compositional life’s work that spans all musical genres and is of almost suggestive power. Always remaining unmistakably faithful to his own sound language, Furrer never reproduces the tried and true, but takes continuously takes musical ideas a step further and explores unknown aesthetic terrain with each new work.

Furrer grew up in Schaffhausen, Switzerland, where he received his first piano lessons. After moving to Vienna in 1975, he became a student of Roman Haubenstock-Ramati at the University of Music and Performing Arts in Vienna, where he studied conducting with Otmar Suitner. Luigi Nono has also had a decisive influence on the composition student.

Furrer’s early works in the first half of the 1980s already displayed a use of a cleverly staged poetics of fractions and opposites unfolded a narrative pull on the listener. A practice that provided an early glimpse of Furrer’s expansive spectrum of expression. The young composer quickly drew the interest of important ensembles. The Arditti Quartet performed his first string quartet in 1985. Illuminations for soprano and chamber ensemble was premiered by Ensemble Modern in the same year.

Beat Furrer created a vehicle for the implementation of his musical creative will with the founding of an ensemble for contemporary music, the Société de l’ art acoustique, which he founded in 1985 together with the publisher and entrepreneur Viktor Liberda. Since 1988, the ensemble has performed under the name Klangforum Wien, the name with which it achieved world renown. Furrer led the Klangforum Wien until 1992 and is still closely connected to it as a conductor.

The Wien Modern Festival dedicated a series of portraits to Beat Furrer in the year it was founded, 1988. One year later, he received his first commission from the Vienna State Opera: Die Blinden. The work, based on texts by Maurice Maeterlinck, Platon, Friedrich Hölderlin and Arthur Rimbaud, permanently inscribed Furrer into the history books of contemporary music. Ensemble pieces such as nuun for two pianos and ensemble (1996) soon belonged to the fixed repertoire of contemporary ensembles.

At the end of the 1990s Beat Furrer founded impuls together with Ernst Kovacic. International Academy of Ensemble and Composers for Contemporary Music in Graz. In parallel, important works such as the musical theatre Begehren (2001/2003) and Orpheus‘ Bücher for choir and orchestra for the Steirischer Herbst and the Donaueschinger Musiktage were being produced. His music theatre FAMA was also enthusiastically received in Donaueschingen in 2005 and has since been performed again worldwide. Beat Furrer was awarded the Golden Lion of the Venice Biennale in 2006 and was also awarded the Grand Austrian State Prize in 2014.

When listening to Furrer’s music, the concept of metamorphosis becomes an indispensable term – as an image and an instrument to understand what happens in the music of the composer. The precisely defined movement from silence to sound or noise, from effect to effect refusal from familiar to downright uncanny. But it is not only the aesthetic event within his music that can be aptly described with metamorphosis, but also his work as a whole. “I wouldn’t be interested in composing by itself if I had the impression that I was reproducing an already proven concept rather than taking a step in a new direction,” says Beat Furrer himself about his work. Furrer’s latest opera score is almost completed – Violetter Schnee after a libretto by Händl Klaus, based on a draft by the Russian writer Vladimir Sorokin. It is certainly a step in a completely new direction.

AWARD CEREMONY ON 3 MAY IN PRINZREGENTENTHEATER, MUNICH

In total, the Foundation will award around 3.5 million euros in prize and sponsorship funds in 2018. Around 120 projects in the contemporary music sector will be supported worldwide. Most of the funding is once again provided for composition commissions, but also for festivals, concerts, children’s and youth projects, academies and publications. 250,000 euros are allotted to the main prize and 35,000 euros each as well as the production of a portrait CD will be awarded to the award winners. In addition, the Ernst von Siemens Musikstiftung provides additional funds for the series räsonanz – Stifterkonzerte. The concerts in the context of this cooperation with the LUCERNE FESTIVAL and the musica viva of the Bayerischer Rundfunk will take place on 9 June at the Munich Prinzregententheater and on 20 August 2018 at the KKL Luzern.