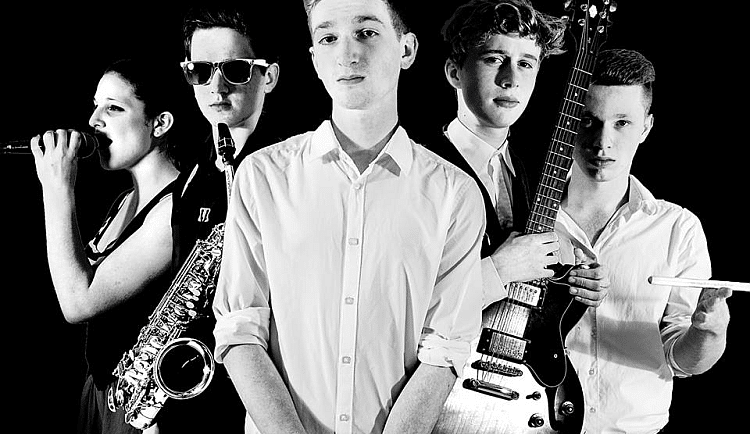 Eugene the Cat, an electronic group from Linz, released their album “Seoul Caravan” on the 8th of April. The quintet not only managed to take their glitch-hop to the top of the Beatport-charts, they also took it out on the road with the Parov Stelar tour in 2015.

But you can’t really fit the five musicians into one single genre – the band mixes glitch-hop, electro-swing and straight up jazz, resulting in one of the most confusing and exciting combinations of genres that is currently on the market.

It’s important to note how extraordinary the production quality is. “Seoul Caravan” consists of three songs and two remixes of the cover track, the sound is perfect, the compositions exciting and danceable. The balance between the various genres is maintained throughout the album, which actually makes it even more difficult to categorise the band. It’s no wonder Parov Stelar took them along as tour support. And, despite the similarities with Parov Stelar, the glitchy elements still set them apart. Eugene the Cat know what they are doing and sitting still to this music is not an option: you have to dance, laugh and dance some more. Something which will be easier to do now that they are on an extended tour…