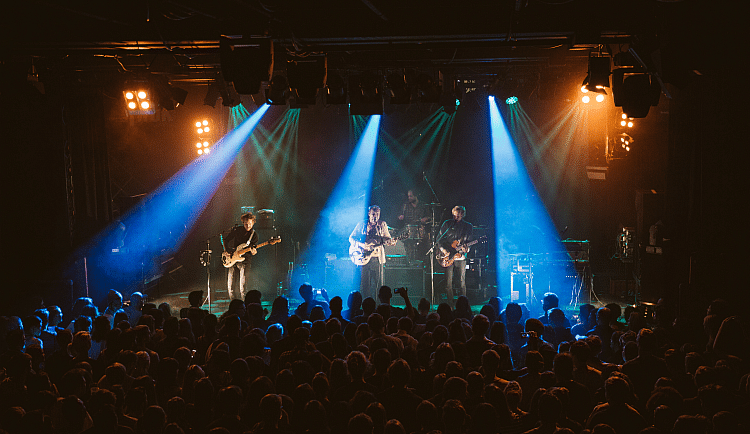 After a sold out premiere, EUROPAVOX VIENNA will be returning to WUK for its second run on November 3, 2017. Joining in this time will be the Austrian Europavox poster children OGRIS DEBRIS, the style breaking trio MOONLIGHT BREAKFAST and the extravagantly coifed live-legend JACQUES.

A lot has happened since the premiere of the Europavox Vienna in November of last year. To celebrate the 10th anniversary of the Europavox Festival in Clermont-Ferrand, the project was expanded together with six partners from across Europe. Satellite festivals in Athens, Bologna, Brussels, Vilnius, Zagreb, and Vienna were planned to celebrate and enlarge the musical diversity in Europe. The Europavox project that started in Auvergne moved beyond France and into the hearts of other European cities.

In the meantime the online platform Europavox.com was created, with a database of bands to form the basis for festivals, but also with deep analysis that goes well beyond a simple resource. A perfect complement for regular meetings of the European partners. This international network has already made it possible for multiple Austrian musicians to take part in Europavox partner festivals. Europavox Vienna is also an opportunity for exciting musical exploration. This year’s acts, Ogris Debris, Moonlight Breakfast, and Jacques are merely the visible tip of the iceberg known as the Europavox Project.

“We are incredibly proud to have imported this year’s lineup direct from other Europavox events and the online platform” says Hannes Cistota, director of the WUK music program and one of the initiators of the project. Ogris Debris, for example, played Europavox Brussels 2016 and – together with Wandl and Moonlight Breakfast – as part of the 50 acts performing at the four day Europavox mothership in Auvergne. A story that also started in Vienna. The band manager and the Europavox booker got to know each other at an industry meet-up as part of the Europavox Vienna debut in 2016. And now, with Moonlight Breakfast performing at this year’s Europavox Vienna, the circle comes to a close. In 2017 the festival will once again take place on the first Friday in November and will be presented by FM4, ticket Magazin and The Gap.

Ogris Debris are one of Austria’s most unique electronic acts. Their track “Miezekatze” was a hit with fans across multiple music genres. The Vienna-based duo is never short of catchy melodies framed in ambitious harmonies and a very individual sounddesign that together create a precise and autonomous aesthetic. Their unique use of voices, sampling, and synthesis, sets them apart from the crowd of contemporary electronic acts. But their energetic live shows have also helped them win over crowds from Paris to Tokyo. They ensnare the listener with hooks and poetic lyrics while setting the dance floor on fire with their ingenious beats.

Fresh, urban, and damned successful: Moonlight Breakfast have stamped their raw mix of soul, electro, beat, nu-jazz and swing into vinyl and launched themselves and their undeniably excellent sound into the support slot for Jamiroquai. Their first stage performance took place in front of 35,000 people on the Black Sea and since then they have been storming the globe. Named “Best Band” by the Elle Style Awards at home in Romania, celebrated as musical guests at the closing event for the Olympic Games 2014 and the Formula 1 Grand Prix in Sochi, this Romanian trio has successfully sung their way out of eastern Europe. Moonlight Breakfast have also been successful in Austria as support band for Hurts, on the Ö1 stage at the Donauinselfest, and opening the ImPuls Tanz Festival in Vienna.

Jacque + Jacque = Jacques. That is the perfect equation for the multifaceted identity of this artist with the striking hair-style. The Strasbourg-born Jacques formed the Pain Surprises collective at the age of 19, organising wild parties and founding a record label. In 2015 he published his first EP “Tout est Magnifique” on that label. Those four songs crossed techno with Musique concrète, and the result is “transversal techno”. An old clock takes on the role of a metronome around which a melody of creaking floors, crackling fire, quick breaths, and breaking glass is woven. In his live shows Jacques invites his audience to bring along everyday objects for him to work with on stage. The looped sounds are developed into a techno beat over which Jacques lays down a melodic pattern with the help of guitar and vocals. And that makes every set from Jacques a one of a kind experience.