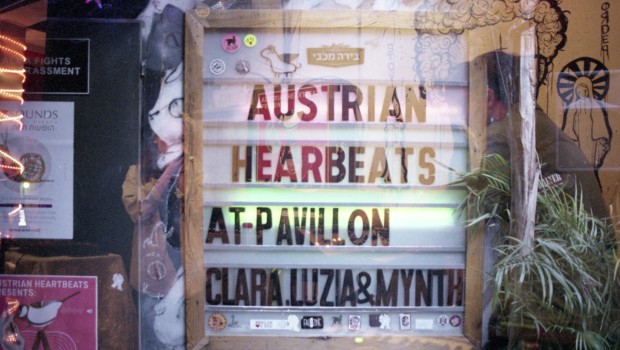 Mid November AUSTRIAN MUSIC EXPORT organized a networking and showcase event in Tel Aviv in cooperation with Advantage Austria, the Austrian Cultural Forum in Tel Aviv and the Waves Vienna festival. A delegation of 22 artists and music industry representatives from Austria joined us on our trip to Israel that turned out to be a fascinating experience. Franz Hergovich (AME) shares his impressions of the trip.

More than 70 Austrian acts applied to take part in this event, three of which have been selected by the ACF and local promoters: AT PAVILLON, CLARA LUZIA & MYNTH were to perform in a club that was highly recommended to us by everybody we spoke to, the Kuli Alma.

Arriving in Israel my first impression is: “Wow, they have summer still!” When we left Vienna the temperature was below zero, so this was highly appreciated. We understand that safety measures have to be effective at the airport, so we all stay patient, but still we’re relieved when everybody made it through the security checks after a few hours…

Tel Aviv late evening: the city is vibrant and pulsating. Hundreds of– mostly young – people are out in the cafés, bars, clubs and restaurants. It’s the middle of the week and feels like an evening before a summer holiday at home. Now it’s time to visit the popular club that will host our event, Kuli Alma. We’re enthusiastic! Kuli is an extremely cool place, lovingly arranged with hundreds of funny details to be admired. The audience is in a good mood. I like the female rock act performing live and the music the DJ is playing afterwards. 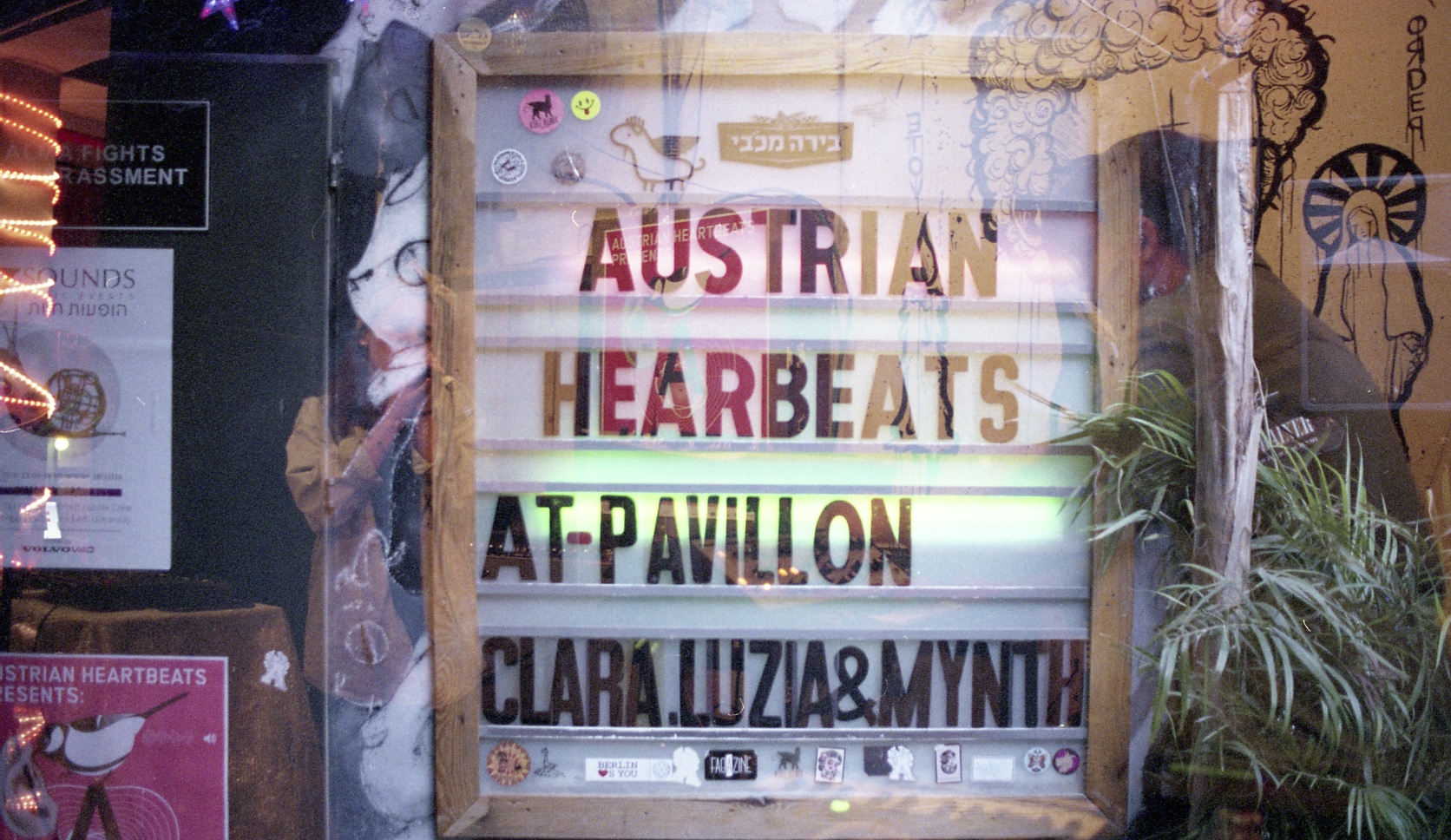 And they promoted our event prominently! (Picture © Liam Zimmermann)

The next morning we have time to have a look at Tel Aviv and we do like it a lot. 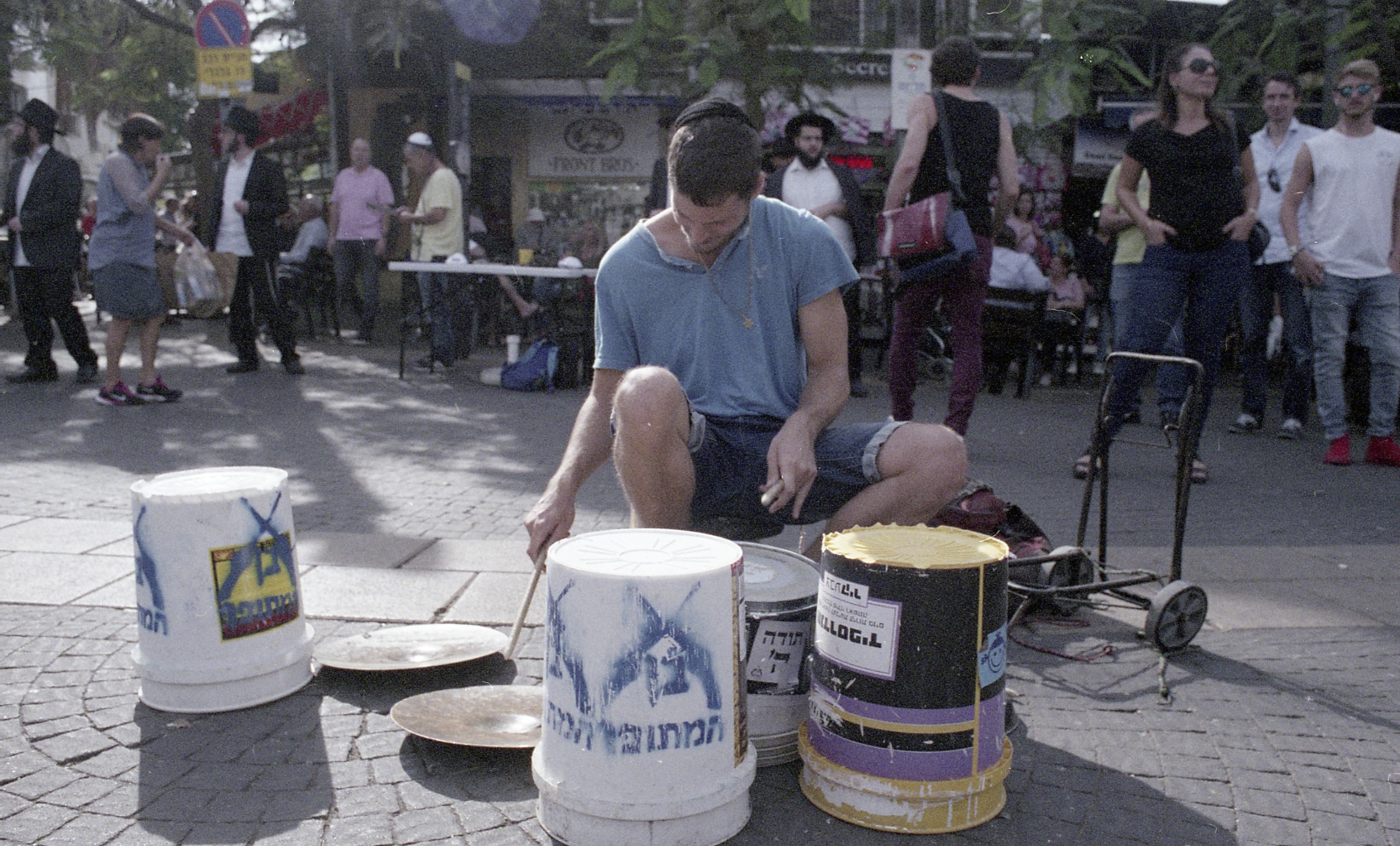 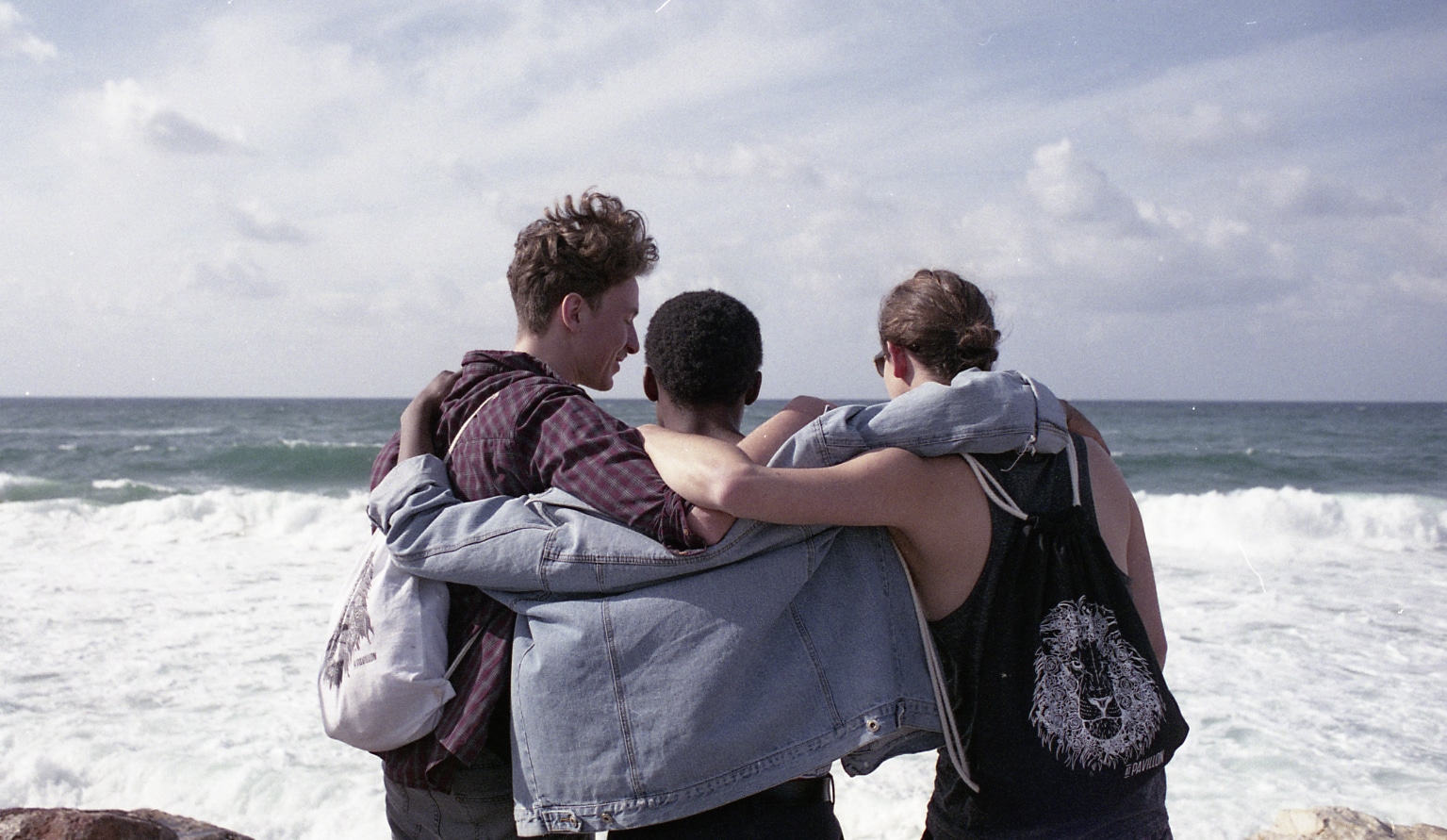 The sea is the place to be! (Picture © Liam Zimmermann)

In the late afternoon, the first of the two “Austrian Heartbeats @ Tel Aviv” events takes place, the Shift Music Fest: Music Tech & Innovation Showcase at the Talk House. The event was organized by our partners from the Waves Music Hackday and Shift Innovation. It is an opportunity for startups focusing on music technology and innovation to give presentations and to network in one of the top startup hot-spots on the planet. Most of the people arriving primarily for the music networking and concerts happening the next day use the opportunity to check it out. It’s fascinating and tremendously expands my view of the tech start-up scene.

“I had the opportunity to organize the first Music Innovation Day together with Austrian Music Export and Shift Music Israel. I was overwhelmed by the creativity that could be felt on both events, through the ideal blend of people from music and technological backgrounds. I truly hope that we can build on this success and have another event like this!” says Tom Lidy from Waves Music Hackday. Combining events like this definitely makes sense for all parties! 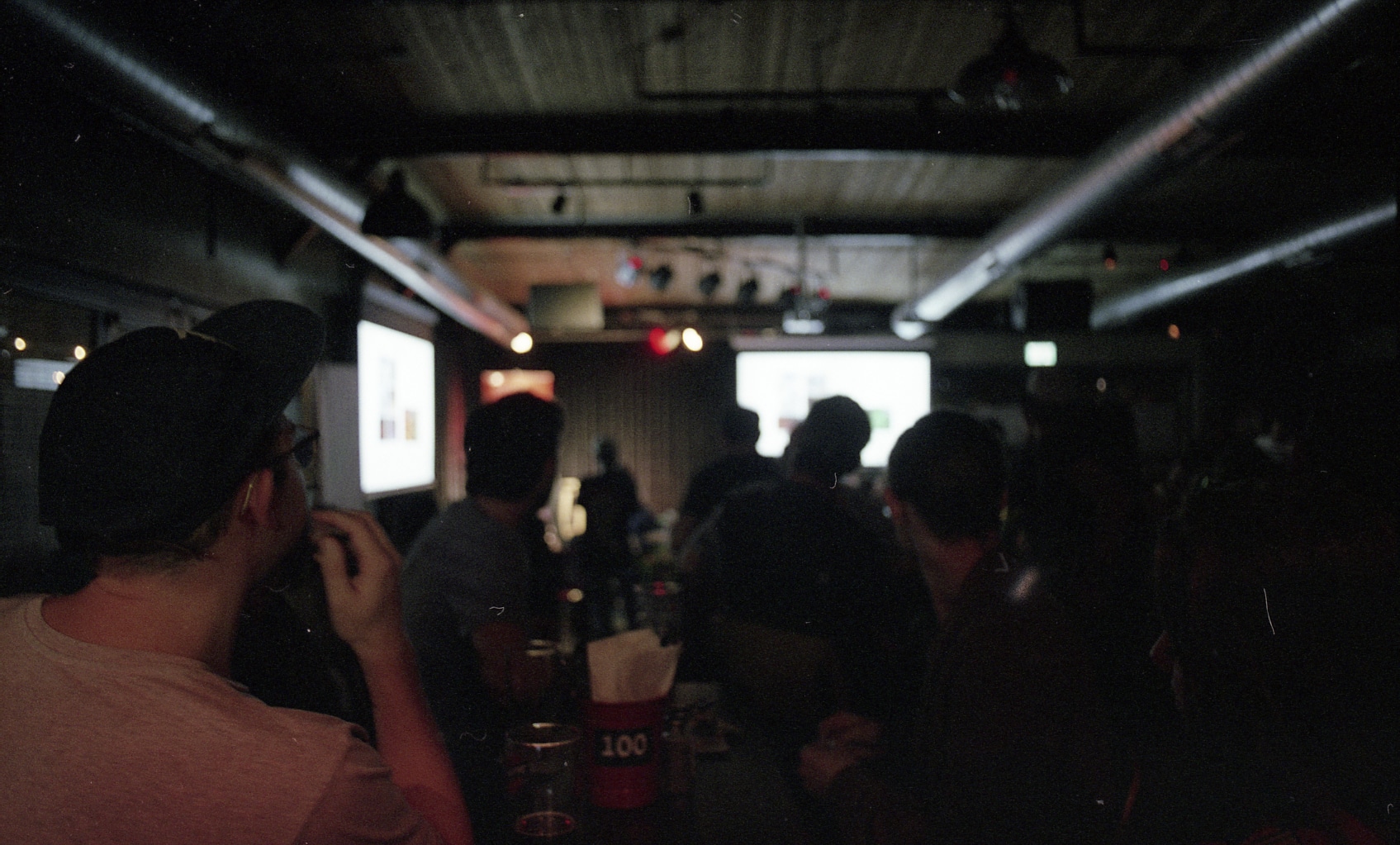 Thursday, 17th – the big day! We arrive at Kuli Alma for soundchecks and last preparations. Everything is carefully arranged, Kuli proves to be the right partner for us. I finally met Yarin Lidor from Kuli Alma, who worked on the event with us. He liked the idea of our event from the beginning and I liked him from the beginning! He was always helpful, creative and caring. We found out that we both attended the Red Bull Music Academy in Barcelona in 2008, where Dorian Concept made his international breakthrough. What a small world!

People take it easy in Tel Aviv, so things might not start in time, but everything works out smoothly in the end. We’re grateful that Johannes Strasser, the Director of the Austrian Cultural Forum Tel Aviv, who generously supported the event, opens with a speech. Then it’s our turn. Before I give an overview of the Austrian music scene and market with my colleague Tatjana Domany and Thomas Heher from Waves Vienna, I remind the audience of the greatness of Jewish culture that made my hometown Vienna an intellectual center for the arts and science within Europe at the turn of the 20th century. This greatness is deeply missed! It made me very happy that an Israeli musician later told me that passages of Stefan Zweig’s “The World of Yesterday” came to his mind while I was talking. That’s exactly the picture I wanted to evoke. 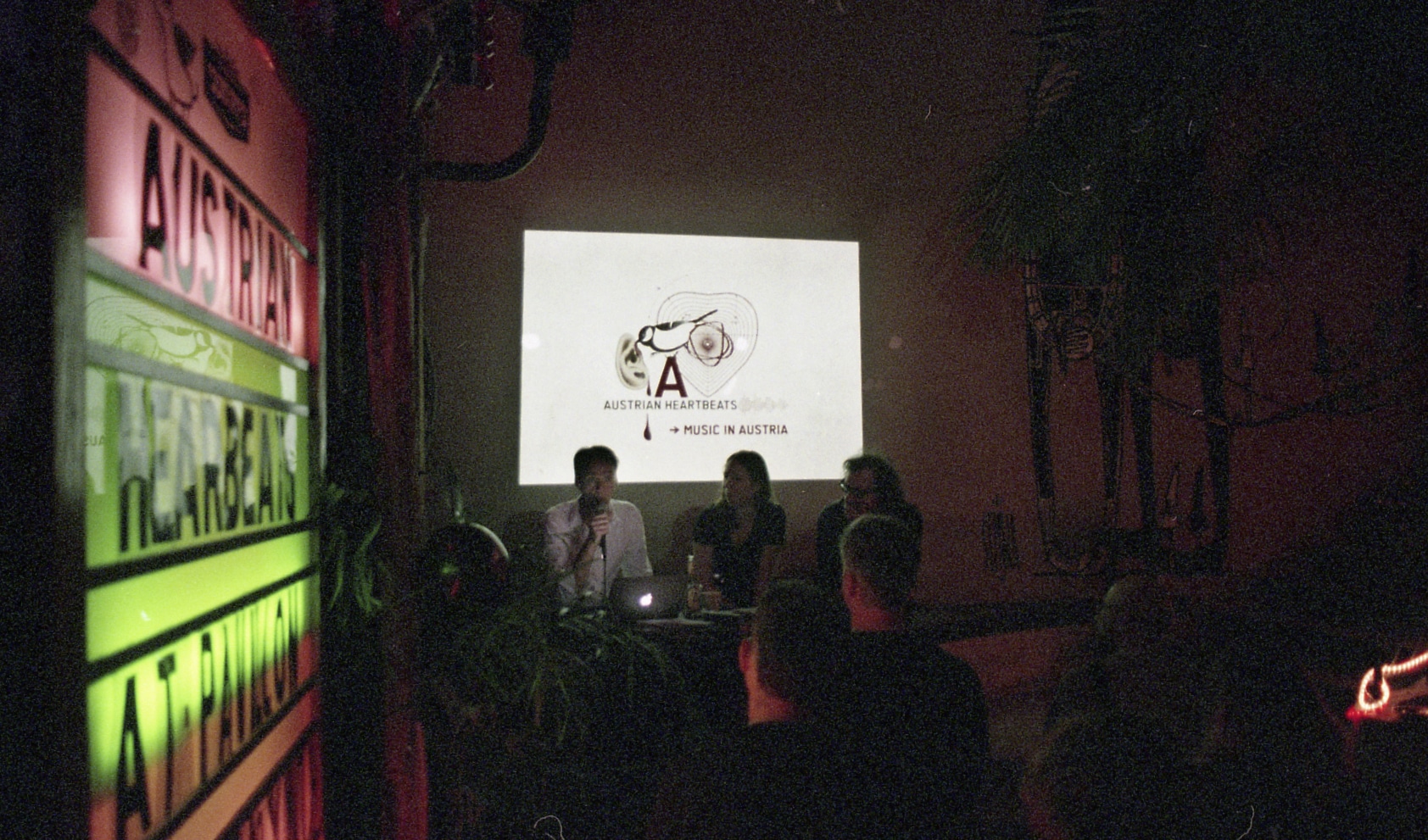 After our presentation, we started with the networking part. People were very engaged and we all met a lot of interesting people we are keen to soon collaborate with. 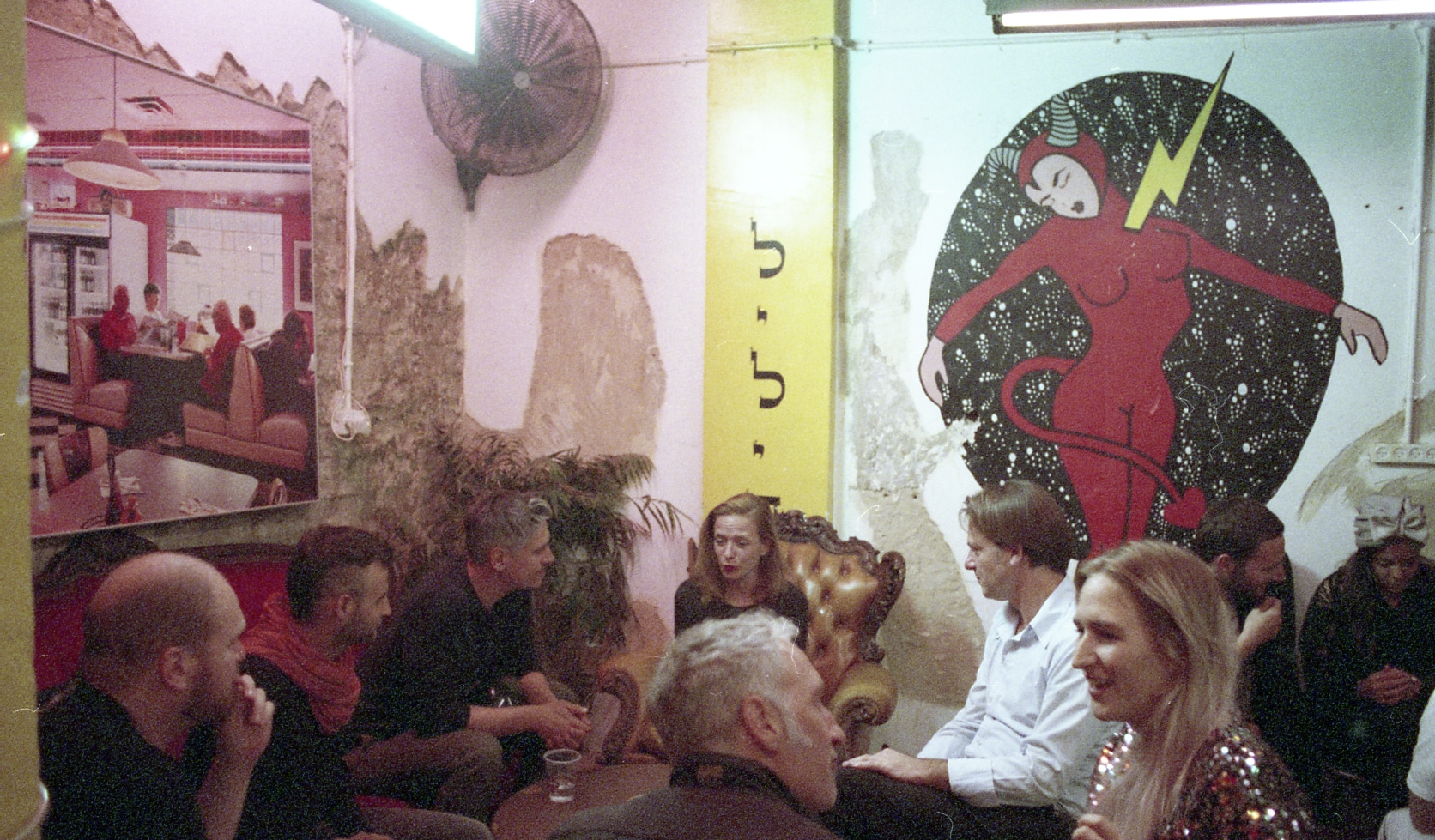 After a welcoming speech of the Austrian Trade Commissioner in Tel Aviv, Günther Schabhüttl – we really appreciate the permanent support of Advantage Austria for our projects – and some refreshment on the buffet, we started with the music.
AT PAVILLON were the perfect opener for the concert evening. Their dynamic set wowed the Israeli audience, people like to dance in Tel Aviv and so they did. An Israeli promoter told me he’s very interested in having them soon again. Well done, AT PAVILLON, mission accomplished. 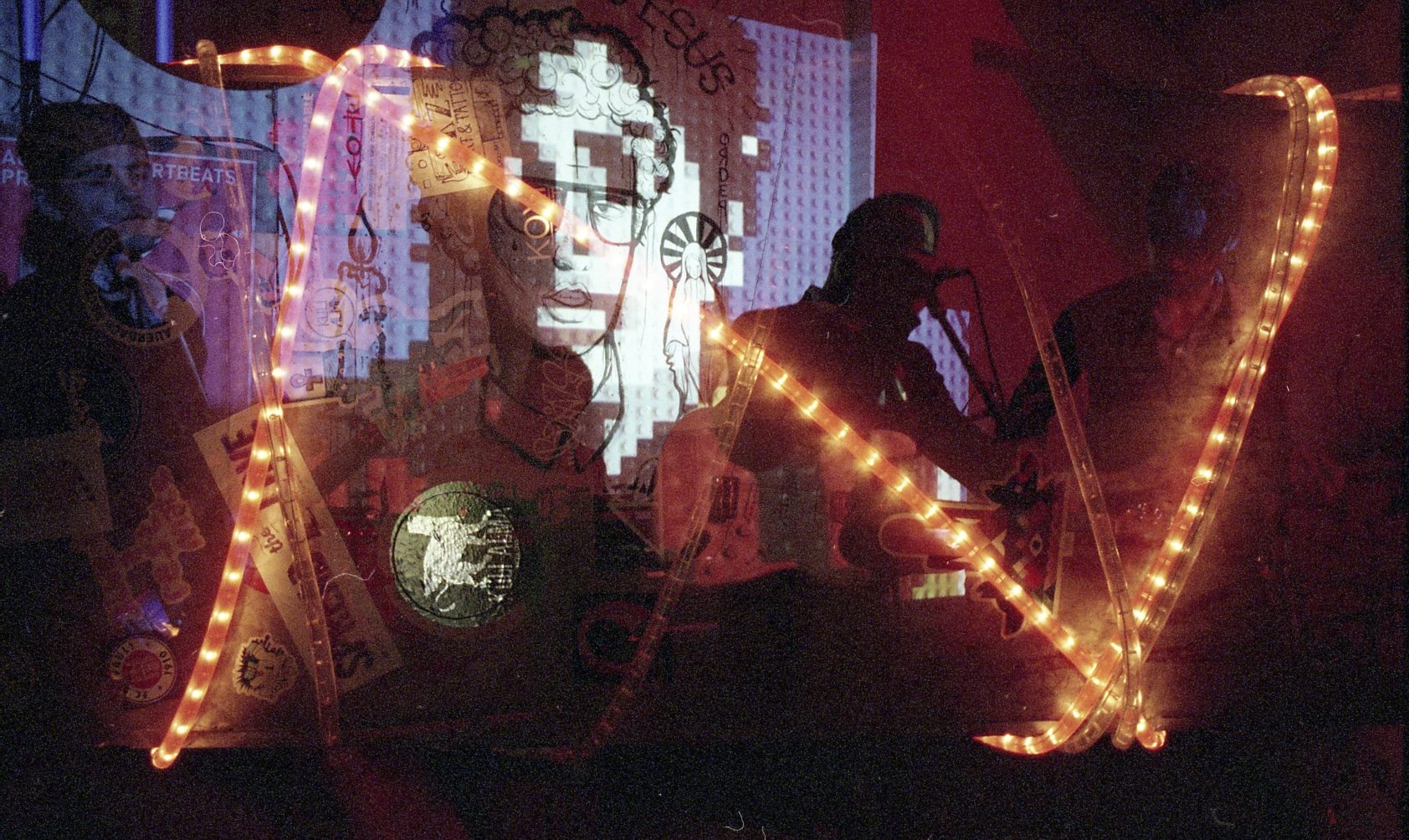 Afterwards CLARA LUZIA performed an intense show. She started with quite heavy sounds that reminded me of the early PJ Harvey. Later she also presented her melodic and fragile side and impressed the audience with her variety. 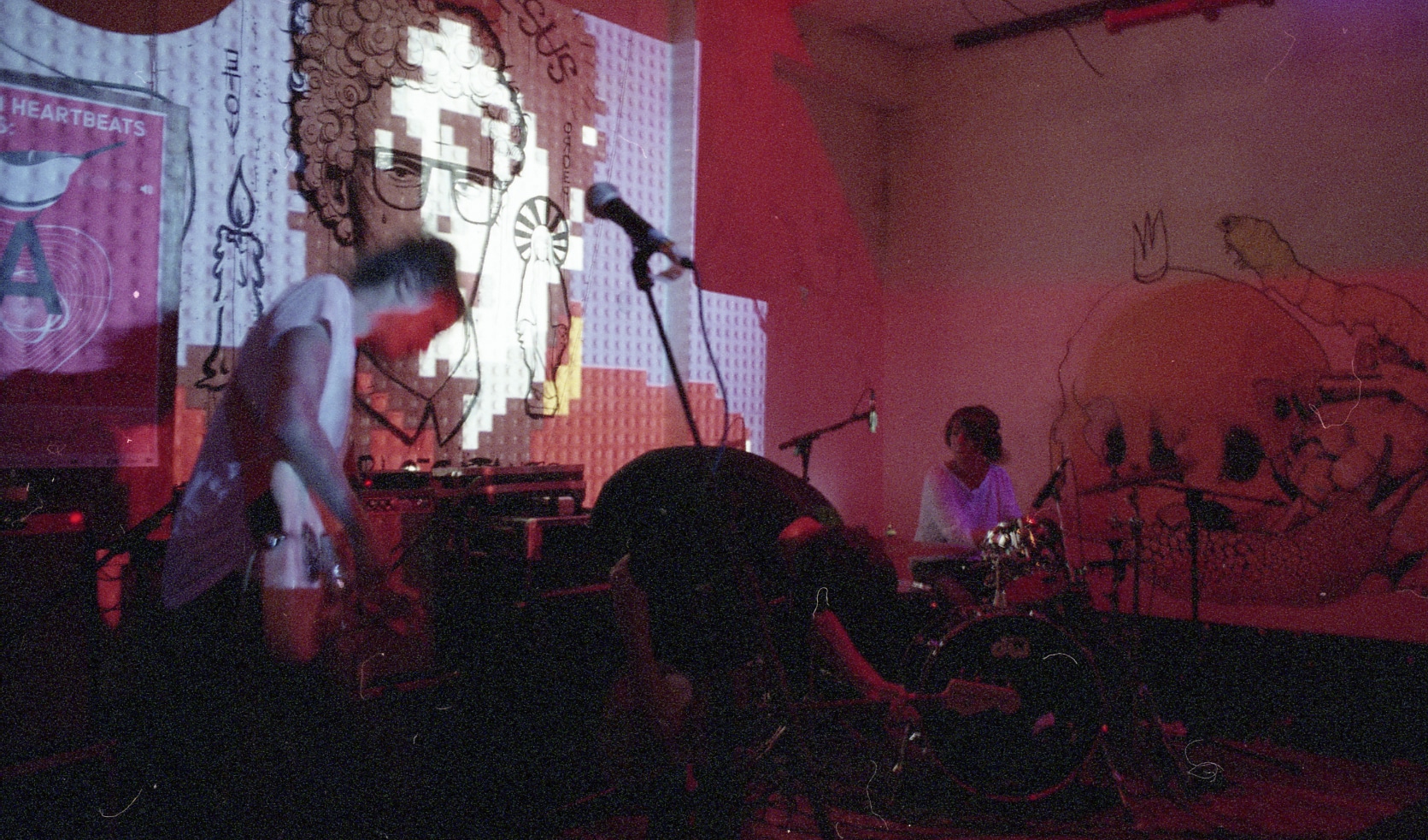 Last but not least the electro-pop duo MYNTH almost had a home game at Kuli Alma. The club was packed and people were crazy about them. I already mentioned it – people love to dance in Tel Aviv. 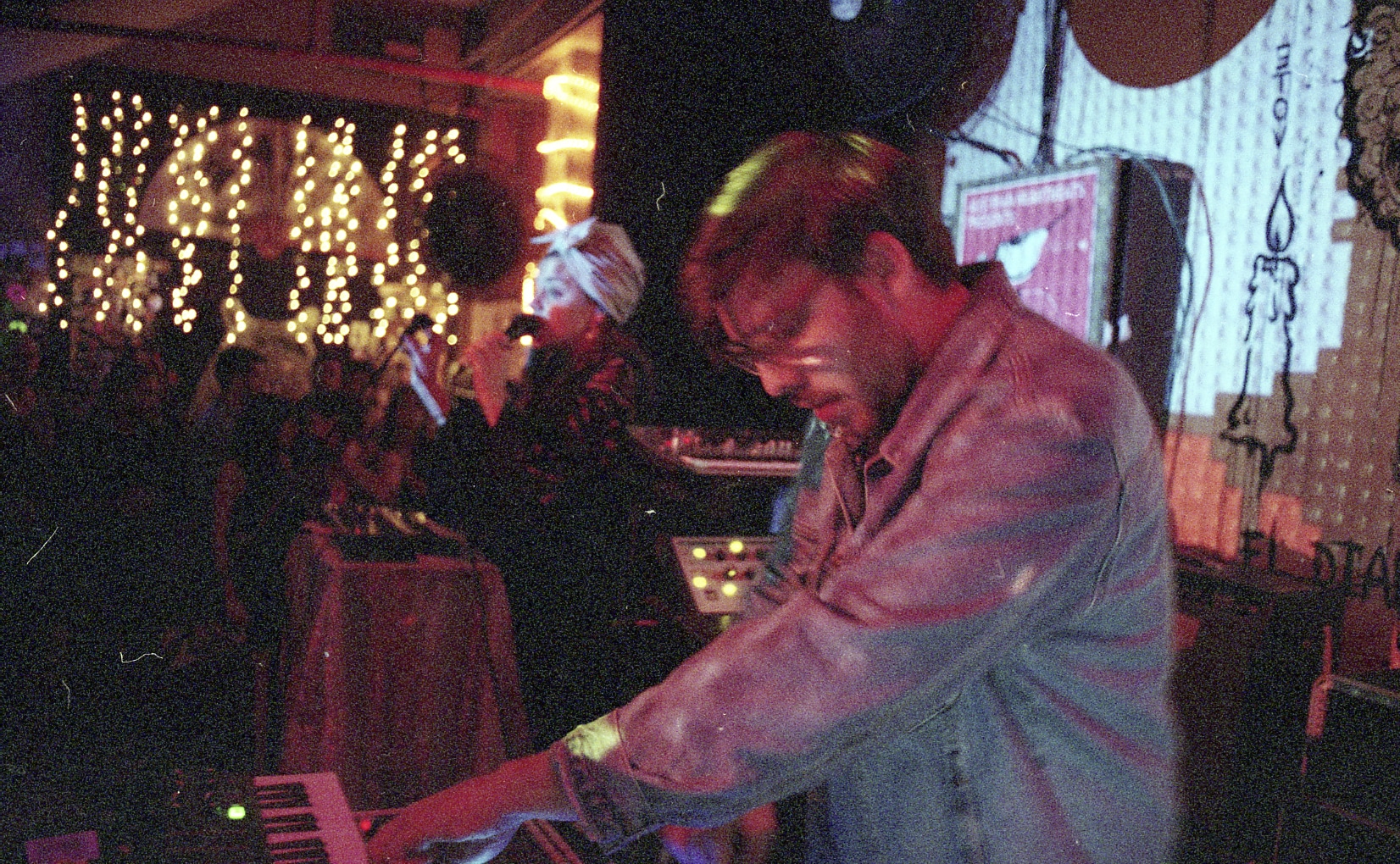 The whole event was a huge success and everybody liked it. “It was our first time playing in Israel and we felt really honored to get the chance to go there and play at the „Austrian Heartbeats”-event at Kuli Alma. It was a warm welcome in Tel Aviv and we liked the vibes this city was filled with. It was a great evening where we shared the stage with even greater bands from our home country. The people in the audience seemed interested and respectful and were listening with a lot of positive attitude towards bands they probably haven’t even heard of before. We had a lot of good feedback and had a great time connecting with inspiring people in the music scene from all over the world! Thanks for the great memories, we will be back!” confirm Giovanna and Mario Fartacek from MYNTH.   Israeli people were impressed not only by the quality of the music, but also by the concept of our event. They really liked that we came to get to know them better and it seems that there will be a lot of ongoing connections between our two music scenes from now on.