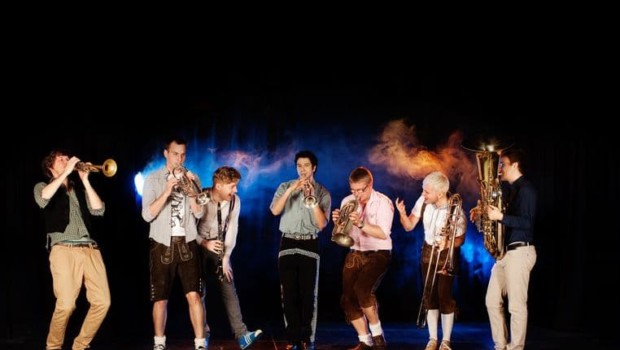 After impressive performances by Netnakisum, Catch-Pop String-Strong and the Großmütter Hatz Salon Orkestar, the Austrian platform Diverted Music will be represented for the third time this year at the Kleinkunstbörse Thun in Switzerland by the band Federspiel with its new program “So wie ihr uns wollt”. 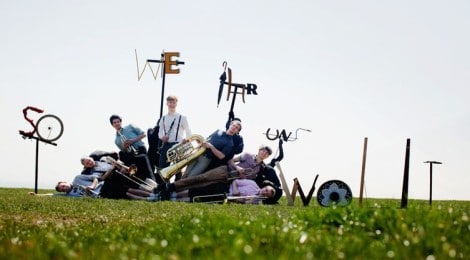 Band Portrait:
Federspiel is a band on a mission to liberate Austrian folk music from its dusty image and give it a modern edge and a fresh start which appeals to all ages.

Every single band member of Federspiel began making music at a very early age. Most of them started with the recorder and later turned to bigger brass instruments. All of them share a special dedication to their artistic development and are all students of the University of Music and Performing Arts or the Conservatoire in Vienna. Nevertheless, the musical signature of Federspiel is deeply influenced by the personal origin and background of the members.

Federspiel is clever enough never to lose focus or get lost in the huge melting pot sometimes common in what is often seen in artists working under the banner of “world music”. Although Balkan and Eastern European music plus the sounds of Gipsy music using Brass are very hip at the moment, ranking as some of the continent’s coolest traditional music, they only form a small part of the bands sound. Federspiel’s unique sound excels in preserving the heart of Austrian folk whilst creating a new “Austrian sound of music” without forcing it into a contemporary pop culture sound or concept. Even with their extended European focus, Federspiel always remains authentic focusing on taking the old traditions seriously and reviving the music with real respect and appreciation of their roots.