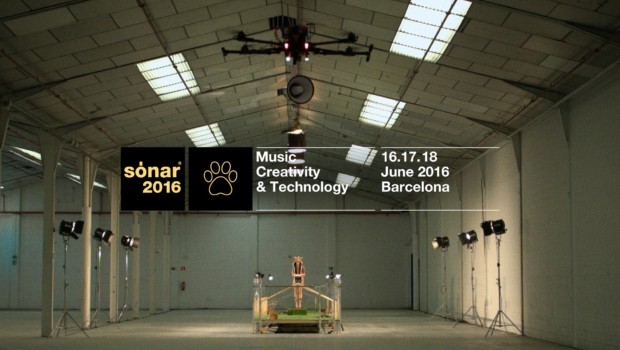 The Sónar music festival (16-18 June 2016, Barcelona) has developed into a cultural behemoth since it’s inception in 1994. What started as a collaboration between a music journalist and two musicians/visual artists has grown to become a global brand showcasing both emerging and established artists in all areas of musical and multimedia arts. The 23rd edition of Sónar takes place between the 16th and 18th of June, and this year two Sónar veterans from Austria will be returning to the festival with some new collaborators.

Christian Fennesz is an experimental musician with a global reputation. His digital manipulations of electric guitar have not only made a name for himself as a solo musician, but also brought him together with renowned musicians like Ryuichi Sakamoto or the British singer David Sylvain. Now he is back with another cooperation. On Thursday the 16th of June he will be joining forces with King Midas Sound to show the world what can happen when London meets Vienna on the musical stage.

Patrick Pulsinger has been a driving force in electronic music for over two decades. As producer, DJ and co-founder of Cheap Records, Pulsinger was one of the major names in the world famous Viennese electronic music scene. No stranger to Sónar, this year he will be performing together with Bavarian sound engineer and producer Sam Irl. Pulsinger & Irl will take their collection of drum computers, analog synthesisers and dub-heavy effects to the SonarDôme on Friday the 17th.