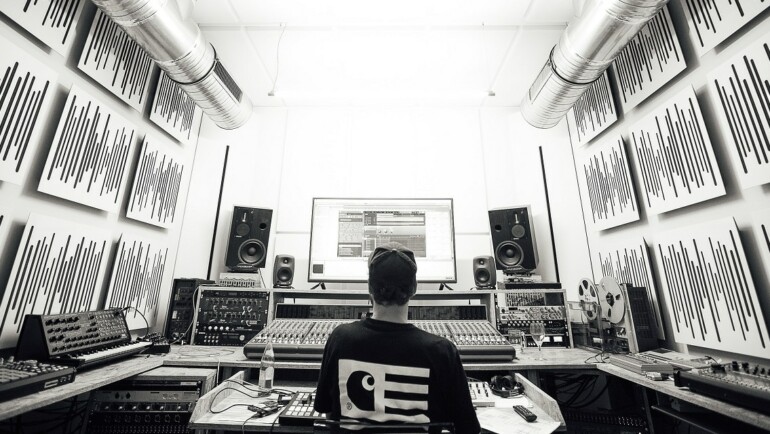 B.Visible brings Chaos back to Music

With his debut album “Pleasant Clutter”, the Vienna-based DJ and producer, B.VISIBLE makes a plea for more unpredictability in electronic music. He is the Soundpark Act Of The Month in November.

If one of the biggest hits of the year is based on a type beat, major streaming services are saving themselves royalties by means of fake artists, and machine-based compositions are no longer immediately distinguishable from man-made songs, then music has become predictable in the full sense of the word.

A plea for more surprising turns

This is also the struggle of Viennese artist, B.Visible, especially since the electronic dance and hip-hop genres within which he mainly moves are particularly rich with rules and formulas. The title of his debut album, “Pleasant Clutter”, is therefore to be considered less as a middle finger towards the followers of Marie Kondo and more as a plea for more surprising turns in music:

“This has always been an essential part of my productions. A little chaos, and then putting it all together in the end so that it works out and sounds like something.”

At the end of this process, in which the producer extracts various melodies, sounds and grooves from his musical machinery and then assembles them into a coherent whole, there stands a highly successful vinyl release. With its shimmering synthesizers, thick chords and attentive attention to detail in its rhythms, “Pleasant Clutter” neatly joins a contemporary canon with such Viennese contemporaries as Dorian Concept or Cid Rim, while retaining its own unique sound. True to B.Visible who’s will to surprise himself and others, a completely unexpected sound can come around the corner at any given time and the structure of the instrumental song can drastically change in an instant. That a good portion of humor is also part of his approach is exemplified by this video:

B.Visible will be a busy man in the following weeks. Not only will he present his album live and with a small band,f but he will also be behind the decks for exceptional rapper Monobrother – and he’s already planning more new music. Unsurprisingly, his next project is supposed to head in an entirely different direction.