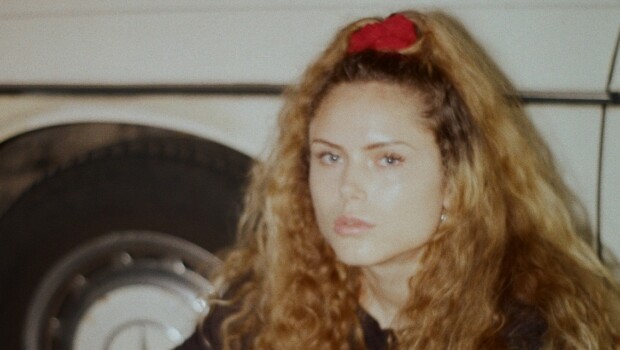 The Viennese R&B singer released her first songs in German only last summer. But they already sound very mature and original. Eli Preiss is, therefore, our Soundpark Act of the Month in January.That the sour lemons that life throws at you can be turned into tasty lemonade was captured by a Christian anarchist philosopher more than 100 years ago in an oft-quoted saying.

Eli Preiss has also tried out the metaphorical squeezing of unplanned setbacks successfully this year. In March, the young singer was in New York to play small gigs and also make music industry contacts. The trip originally planned to last one month, ended after a week with a hasty departure from one of the then hotspots of a still very new pandemic.
Back in Vienna, Eli used her free time to think about her goals and question everything. Like, why had she written and sung her soulful songs only in English so far. So she quickly challenged herself, but it would take a few attempts: “I quickly realized how hard it is to create the music I like in German. I found it especially hard to write soulful stuff about love. That’s a fine line in German between ‘beautiful’ or ‘weird and awkward.'”
The piece “Noch Down” was a breakthrough because the 22-year-old occasionally incorporated English-language expressions into the lyrics, as is common for her and her peers to do when talking.

Like in this song, many of the songs are reminiscent of classic R&B of the 90s and 2000s. Although Eli Preiss must have been very young at that time, she got to hear Destiny’s Child, Justin Timberlake and the Black Eyed Peas by ways of her older sister. Thanks to the video game “Singstar,” she was able to go about singing in front of the TV until she met like-minded kids and recorded her first songs at the age of 11.
Her first German-language EP Moodswings, released last summer, was recorded primarily with the two producers Tryptamine and Prodbypengg. You might know the former from early Yung Hurn mixtapes, the latter produced almost all of Bibiza’s songs last year. A good personal vibe is very important to Eli Preiss, as she usually is writing the lyrics in the studio while the beats are being created. That happened too with the last single, the very minimal but catchy tune “Im Kreis”, which Melik custom-tailored for her.

Because she loved watching music videos mostly as a child, Eli Preiss started thinking about the visual realization of her own songs very early on. Which is also the case of the video for the new track, that, appropriately enough, is quite reduced aesthetically speaking. Like her voice in the song, Eli herself and another dancer are now the focus of the video – alongside the specially tailored outfit by Viennese designer friend Tenwi.
For the new year, Eli Preiss has set her sights on more music in this style, in keeping with the dark time of year and the interiors we’re predominantly in right now. If you see how much her output has changed only over the last few months, forecasts beyond it are rather not that serious. That’s why we can remain curious about what the musician will create in the future!

Translated from the German original  by Julian Schoenfeld