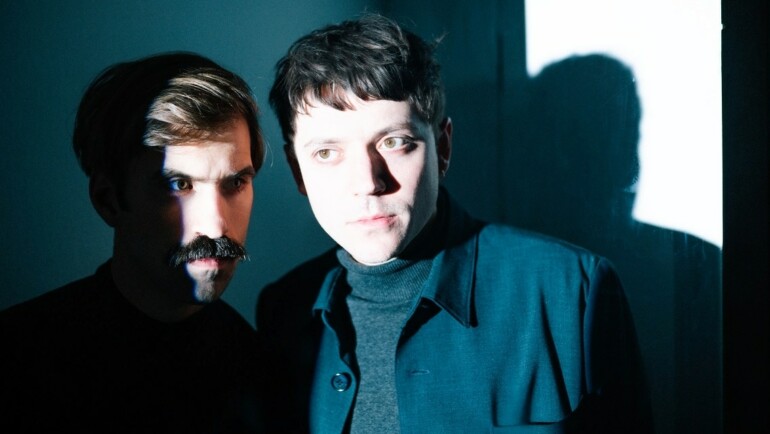 Oehl: Poetic Pop for the Night

Light and airy pop songs with poetic lyrics that speak about farewell, death and fear of the future in a gentle voice, without losing hope. The Icelandic-Austrian duo Oehl is our FM4 Soundpark Act of the month January.

Ariel Oehl’s voice embraces you like a long-time friend who stands by you even in the most difficult of times and whispers courage. The bass runs of Hjörtur Hjörleifsson manage to sweeten even the hardest of anti-pop hearts.

Upon the airy, light groove and soft synth sounds of the first single “Wildnis” Oehl are shifting the focus. While we often ascribe a wild character to nature, it’s rather the “mobile phone mast” towering above all the trees that marks for Ari the wilderness within the world. Apart from the trick to wrap this word, singing it ever so softly, into a pop song, it was clear pretty quickly upon the release of this single: This duo is something very original and special. And then everything happened quite fast.

Ariel and Hjörtur who met in their youth in Salzburg, went into the studio with Austria’s top producer Marco Kleebauer, member of Leyya and button-twister of Bilderbuch, to embed their song frames and text fragments in an endless sounding soundscape. A lot of experimentation was done. Even the sound of keys falling to the ground is sent through samplers and programs and can be found as a sound plane in one of the songs.

When the first singles found their way into German radio too via the musician Casper, Herbert Grönemeyer became aware of the duo and immediately remarked: “Wonderfully cool, un-kitschy German-language pop. Very original, clever and artistically special. Very unheard of and new. Awesome.” As a result, the band’s fourth gig took place in front of 22,000 people instead of a few hundred. The big stadium tour with Herbert Grönemeyer and the licensing of their debut “Über Nacht” on Grönland Records is an incredible career boost that can’t be constructed and forced in this way. Maybe that’s why it’s such a nice story that keeps the belief alive that good and original music can still prevail.

But it’s not only the music. The overall concept of Oehl is simply coherent and soulfully realized. Outstanding and also idiosyncratic is the video to “Tausend Formen”, a song that describes the search for the meaning of life. Perhaps even the search for God. Implemented with an uncut car ride in which the grandiose Austrian actor Alexander E. Fennon tells us a story merely with his facial expression that at the same time leaves enough room for interpretation to hold the tension up high.

When you hear Oehl’s songs for the first time, you might think they are smooth, ingratiating pop songs that are probably dealing with love themes. But with a lot of skill and one or two quotes from Rilke or Goethe, singer Ari contemplates the rather dark sides of life. Even an airy, fluffy song like “Wolken” is actually a farewell song in which the longing for shadows and the night time offers a very obvious counterpoint to the musical mood.

Even the wonderful piece of “ceramics” that Ari dedicated to his son, which can also be seen in the video, is about a father’s worried look into the future. Existential up to spiritual questions are sung very touching with this very special timbre, so that here the depth of the feelings can be felt immediately. At the same time, the whole thing is performed with a danceable beat, catchy melodies and the singing of Sophie Lindinger von Leyya, so that inevitably a hopeful smile spreads across the face.

The soundtrack for every night

“Über Nacht” enchants us from the very first note and carries us off into a world full of dreamy sounds, contradictory feelings, complex stories and at the same time catchy-tune type pop music. Written at night, and for it, as Ari and Hjörtur say. Ari wrote the lyrics in the early hours of the morning and most of the song sketches came into being when silence and tranquility descended upon the city. But the album is also for all those who like to spend the night dancing, as Oehl are combining relaxing aspects with energizing ones, thoughtful aspects with hedonistic ones. It is a perfect soundtrack for the new decade, maybe even the soundtrack for the path across the big uncertainties and the big questions towards a possible, better utopia. With Oehl’s songs in our ears, many things seem to become easier, by all means.