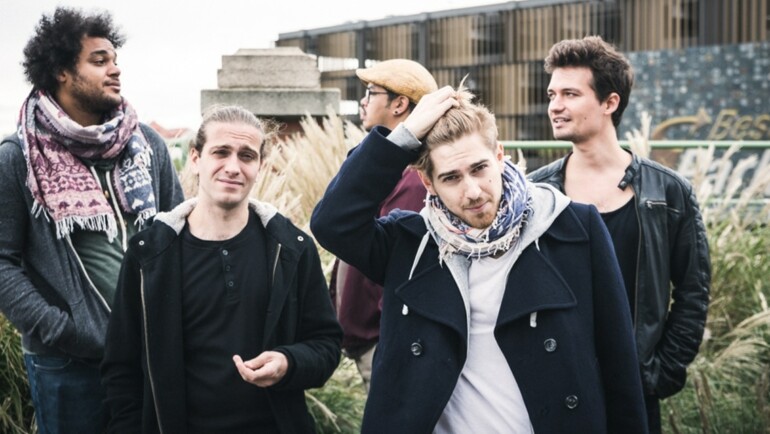 The young Austrian guitarist and producer Paul Male has used the calm of the lockdowns to finish his debut album “I’ve been away”. Not alone, but with the help of musician friends. And that’s how Paul Male became the band Pale Male.

Erykah Badu, The Roots and D’Angelo, these are the acts that Austrian guitarist and producer Paul Male may not have grown up with directly in the 90s, but they have influenced him like no other musicians. Maybe also a little Cypress Hill, 50 Cent but of course also the Red Hot Chili Peppers – after all Paul is at home on the guitar. To create his own work from this genre-spanning love of music is a challenge that Paul Male has taken on in the calm of the lockdowns. The result is a colorful debut album. Sometimes nerdy, sometimes broad. The love of music is always uncompromisingly at the center.

In 2019, the band Pale Male formed around Paul. The musician has been working together with Julian Berann on drums (Alice Phoebe Lou), Florian Faltner on bass (Soia), Sebastian Antosch on guitar (Mashiko) and Olinclusive on the decks (Scooby Duo) ever since, at that time under no particular name. It wasn’t until the release date of the debut approached and the band was still playing together without a name, that it was drummer Julian Berann who turned “Paul Male” into simply “Pale Male”. The pale boy. With a lot of soul. Paul took a liking to it.

So Pale Male is not only Paul, but his entire environment. No commissioned musicians were asked into the studio here, but friends. And you can hear that. Because the sound ton “I’ve been away” was created in hours of joint jam sessions. Based on pre-produced beats from Paul’s pen and the recorded instruments of the band members, loop beats became beats, beats became tracks and tracks became real songs. And when it was no longer possible for Paul to add something to the tracks on his own, then a voice had to be found. And one of these voices was the Viennese neo-soul musician Soia.

And again you can hear the love for Erykah Badu and D`Angelo. The love for a voice that naturally lays on a well-arranged instrumental journey and makes the sun rise with multi-layered vocal tracks. The love of sluggish beats that automatically bring us to dance. The love of the vibe that just says “just don’t huddle”. Once again, you might say “that doesn’t sound like Austria”. But fuck it, that’s exactly what Austria is.

Just like the songs “Shortcuts” feat. the British and Vienna-based rapper Jahson the Scientist and singer Miss BunPun. Or the track “Don’t Let Me Drown”, which features the singer Narou, for whom Paul Male has often recorded guitars and now got a vocal contribution for his album as a gentleman agreement in return.

Translated by Arianna Fleur from the German original, published on September 1st, 2021