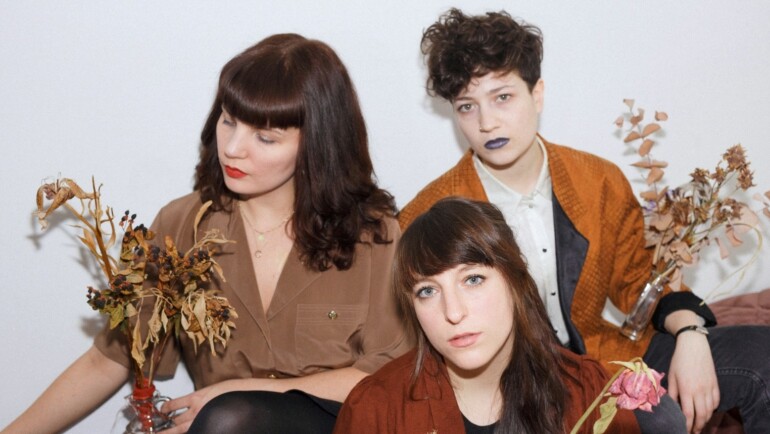 For the fifth time now, Austrian Music Export and the Austrian Federal Chancellery award the FOCUS ACTS grants. Seven domestic acts who are aiming for the international market and have live dates abroad will be offered a stepping stone to the international scene. The support programme FOCUS ACTS, which was initiated in 2015, helps local musicians to strengthen their international presence in the form of a travel subsidy of EUR 5,000 per act. At the same time, they are supported by competent advice from Austrian Music Export regarding their internationalisation projects.

With 5K HD,  CHRISTOPH PEPE AUER, CARI CARI, DIVES, PETROL GIRLS,  SINFONIA DE CARNAVAL and YUKNO, the 2019 grants will go to up-and-coming musicians who have already made a name for themselves both in the local scene and internationally. This year´s Focus Acts offer a wide range, from the feminist punk band to swinging world music to jazz, indie and avant-garde pop.

Tatjana Domany on the FOCUS ACTS programme. “We are very pleased to be able to support young artists on international tours for the fifth time again. In recent years, artists such as Avec, Manu Delago, Elektro Guzzi or Leyya have been able to present themselves to an international audience with the help of the Focus Acts programme, laying the foundation for international careers and thereby bringing the diversity and creativity of the Austrian scene into the world.”

The Federal Chancellery (BKA), which supports FOCUS ACTS annually with EUR 30,000, emphasises the importance of Austrian musicians presenting themselves abroad, by both participating in important international festivals and concert appearances. In the view of the Federal Chancellery, this initiative is an important contribution to the increased worldwide visibility of Austrian musicians and to the establishment of international networks.

Musicians planning foreign tours still face financial challenges however, especially at the beginning of their careers. Franz Hergovich draws attention to a decisive moment: “There has been a large number of domestic acts from all contemporary genres that have been enthusiastically received at events organised by Austrian Music Export and at international showcase festivals and subsequently booked by international festivals and clubs for some years now. But these performances often don’t cover their costs, because only well established acts are getting paid well.” This is where the FOCUS ACTS programme comes in: “It creates the financial conditions for musicians to be able to make as many international appearances as possible and thus gain experience and find their audience, so that they can eventually reach the league of well-paid acts”.

“We’re a small country and should present our talents to the rest of the world.”

For the avant-garde pop formation 5K HD, which will release its second album in autumn, the grant comes at the perfect time time. 5K HD proved their live qualities at Europe’s largest showcase festival, Eurosonic, in 2019. With 5K HD, the entire spectrum of musical talent meets a pop aesthetic that connects to electronic club music – and they are ready for the big stages of Europe: “We hope that these concerts will open up opportunities for further tours in these countries and that our fanbase can grow and prosper beyond the German-speaking borders.” They have already received an invitation to Primavera, Spain’s most important festival.

The duo CARI CARI, who went on world tour right at the start of their band career, emphasises the importance of being present abroad as a live band in order to build up a loyal audience there. “This requires a lot of investment in terms of time, but also money. Here the Focus-Acts programme helps us a lot to actually play in those countries where we have already been present in the media, radio and blogs”. The winners of the first XA – Music Export Award speak from experience, as they have already been on the big festival stages. Cari Cari took their time for their first album. It paid off. “ANAANA” (Ink Music) landed right at the top of the Austrian charts. Their declared goal is: “to keep magic alive, not to lose the sparkle in our eyes and not subordinate ourselves to the music industry”.

The Tyrolean jazz musician CHRISTOPH PEPE AUER talks about how “enormously important it is to be internationally active as an Austrian band. The main thing is not just to play a few concerts, but to build up actual structures. We are a small country and should present our talents to the rest of the world.” This is where the  travel allowance will support the excellent saxophonist and clarinettist, who played a duo with Manu Delago, among others. His next release “White Noise” (Session Work) is planned for September 2019, followed by a tour through Germany, Austria and Switzerland.

The indie rock band DIVES, which once formed in a girls rock camp, goes to Eastern Europe in 2019. The trio, which emerged as the winner of the 2nd XA Music Export Award, are looking forward to combining the opportunity of “going on tour without having big financial worries” with the expectation and anticipation of “many great concerts, new faces, new audiences”. For the feminist DIY punk band PETROL GIRLS, the travel allowance also means “being able to enter tour life a little more carefree, as every band member feels safer with a certain financial security, which usually isn’t there in advance”. “Cut & Stitch”, the second album of PETROL GIRLS, will be released at the end of May. The release tour will lead the British-Austrian band, formed around front woman Ren Aldridge, to the The Great Escape (UK) festival and on a big UK tour, including Belgium, Germany and the Netherlands.

In addition to the financial support, the FOCUS ACTS are for SINFONIA DE CARNAVAL also “a motivating recognition of the work that a project as innovative and progressive as Sinfonia De Carnaval needs“. Focused on Jazz, the duo, consisting of Anna Lang and Alois Eberl, has set itself the goal of establishing international contacts in the field of film and music.

Georg and Nikolaus Nöhrer sing in German. Together they are YUKNO. The brothers developed their own sound, which consists of danceable indie pop and laid-back electronics, until it was finally time to let it out. YUKNO have already convinced a local fanbase. The Focus Acts 2019 enable them “to play live abroad without any financial worries. That’s already great, but beyond that we can now do our live set with a bigger band – which is very much in line with our way of making music. We expect good shows and spending lots of miles on the highway.”

The Focus Acts Programme promotes international development of young local artists. Eligible applicants are Austrian musicians from the genres pop / rock / electronic music, contemporary classical music, jazz & world music that have been selected as part of the activities of Austrian Music Export by international juries and festivals. Criteria for funding include the presence of international structures and business partners (Booking, label, distribution, promotion, management) and a coherent export concept. Applicants must at the time of submission have at least ten international concerts arranged for the subsidized tour period. A travel fee of a maximum of EUR 5,000 can be applied for per act/solo artist/ensemble.

The FOCUS ACTS Programme is funded by the Austrian Federal Chancellery.