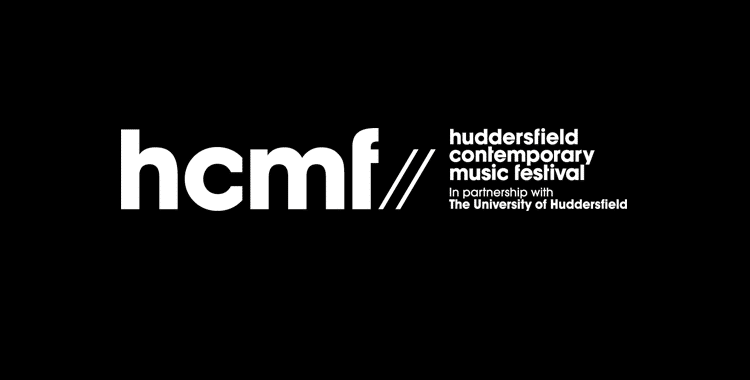 Taking place from November 20 – 29, the Huddersfield Contemporary Music Festival (hcmf//) will turn its spotlight on performances by Austrian composers, with a highly anticipated opening concert by the Klangforum Wien.

Huddersfield Contemporary Music Festival (hcmf//), under the artistic direction of Graham McKenzie, is Britain’s leading international festival of contemporary and experimental music. Celebrating its 38th edition in 2015, hcmf// will begin on Friday, November 20, with an opening concert by the Klangforum Wien, performing works by Beat Furrer, Pierluigi Billone and Peter Jakober. BBC Radio 3 will broadcast the concert live.

The Klangforum Wien will above all perform works by composers that are closely linked to the Austrian soloist ensemble. “Linea dell’orizzonte” is a work composed by ensemble founder Beat Furrer; “Ebe und anders” is a work commissioned by the Ernst von Siemens Music Foundation and composed by the Vienna-based artist Pierluigi Billone, who is considered as a “radical explorer of new sound worlds” and known for never giving in to any trends. Another highlight of the program is the UK premiere of Peter Jakober’s “Substantie”.

Despite his young age, the multiple award winning composer, born in 1977 in Styria, can already look back on considerable achievements. The multifaceted shades of Peter Jakober’s works impress both in rhythmic as well as in microtonal creations. Among his teachers was Georg Friedrich Haas, who served in 2015 as the curator of the new CD “Austrian Heartbeats #2“, highlighting works of young Austrian composers. The full circle is completed with Manuela Meier, who is not only part of the hcmf// program, but is also featured as one of the artists hand-picked by Haas for the CD – her composition will be performed at hcmf// on Saturday, November 21, 2015.

“We are delighted that this year’s program of hcmf// not only highlights works of already renowned Austrian composers, like Beat Furrer or Pierluigi Billone, but also works of the younger generations – some of which will be performed in the UK for the first time,” says Doris Weberberger, contemporary music expert and project manager at mica – music austria.

Sabine Reiter, director of mica – music austria, also emphasizes the role of the festival and is pleased about the coorperation with London: “Huddersfield Contemporary Music Festival is a festival of international repute – a great stepping stone for young composers. This first-time cooperation with a contemporary music festival has been made possible with the support of the Austrian Cultural Forum London and the Austrian Federal Ministry for Europe, Integration and Foreign Affairs.

This strong stylistic focus is only the beginning of a planned three-year cooperation, which will be continued in the next two years with even greater intensity. Thus, this cooperation not only stands for a large international reach, but also for long-term sustainability goals. The hcmf// is Britain’s leading festival for contemporary music and is regarded as a pioneer in various forms of contemporary music – embracing contemporary classical music, jazz, improvisation, sound art and noise.

“The strong presence of Austrian composers and musicians at this year’s hcmf// illustrates the excellent reputation of Austrian contemporary music in the UK. We look forward to the further cooperation with Huddersfield Contemporary Music Festival and mica – music austria in the endeavor to successfully and sustainably position Austrian talents on the British music market”, says Elisabeth Kögler, director of the Austrian Cultural Forum London.

In 2015 the activities of Austrian Music Export are focused mainly on the genres of jazz, world and contemporary music.

“After multiple successful performances of Austrian artists at jazzahead! and WOMEX, we are very pleased about a further significant festival focusing on local artists in the field of contemporary music”, says Tatjana Domany of Austrian Music Export.

The Austrian Cultural Forum London (ACF London) promotes cultural exchange between the UK and Austria by organizing events and supporting artists and projects in the field of music, performing arts, visual arts, literature, film and science. For many years the ACF London has been promoting contemporary music from Austria with ‘Soundings’, a platform for young composers and performers from Austria and the UK.