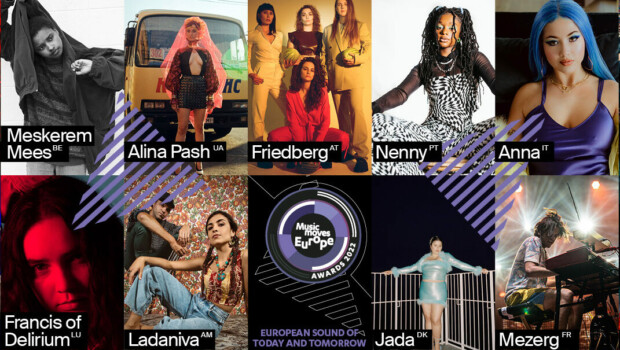 The Austrian, London- and Berlin-based artist, FRIEDBERG has been nominated for a MUSIC MOVES EUROPE AWARD 2022! The nomination announcement was made at the Linecheck Festival, Milano on Monday evening, November 22nd, 2021. The Music Moves Europe Awards are the European Union Prize for popular and contemporary music. The aim of the awards is to celebrate upcoming European artists and support them in developing their international careers. The award is organized by Eurosonic Noorderslag (ESNS) on behalf of the European Commission, as well as the host of the the awards ceremony in January 2022 .

NOTE: This year, due to the pandemic, ESNS has been moved online, with all concerts being played and streamed across the globe; with the exception of FRIEDBERG, who will play live on location in Groningen, along with all of the Music Moves Europe Award nominees.

THE EUROPEAN SOUND OF TODAY AND TOMORROW

Friedberg is one of 15 nominated artists and could be one of this year’s 6 award-winners. From the nominations, an international jury will choose 5 artists to win the award and cash prize, while 1 artist will be named as the Grand Jury Award-winner, and receive a green touring voucher in addition.

Additionally, one of the 15 nominees will also be presented with The Public Choice Award, which will be given to the nominee who receives the most votes in an online voting campaign. Each nominee is offered the opportunity to attend the Business Education Training Day at ESNS. Music fans across Europe will vote to select the winner of the Public Choice Award 2022 via the Music Moves Europe Awards website. Last year’s Public Choice Award Winner, the Ukrainian hip hop artist Alyona Alyona, is now a member of the jury of the Music Moves Europe Awards for 2022. 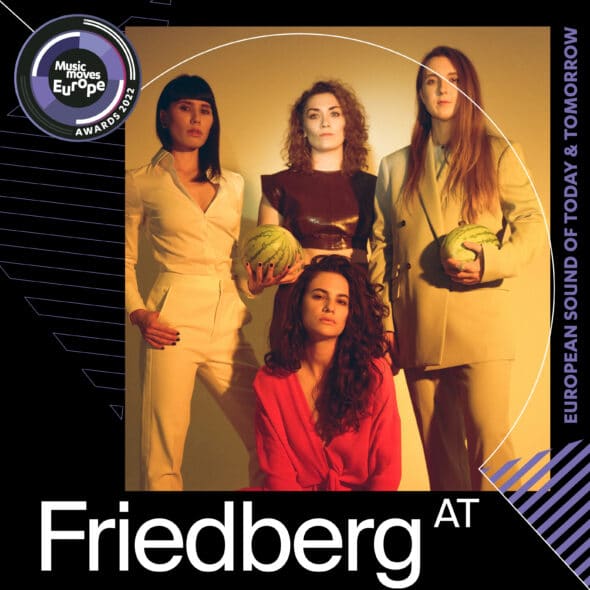 Friedberg is an all-female-four-piece based in London, centred around singer, guitarist and master of cowbells Anna Friedberg. Their music has often been described as a blend of post punk and alt-rock doused in alluring pop sensibilities – something that is immediately familiar, but also like nothing you’ve ever heard before.

Music is one of the most popular forms of art, widely consumed, and a vibrant expression of Europe’s cultural diversity. Music Moves Europe, the overarching framework for the European Commission’s initiatives and actions in support of the European music sector aims to help the music sector flourish. In line with this approach, the Music Moves Europe Talent Awards, co-funded by the Creative Europe programme, the EU funding programme for the culture and audiovisual sector, wants to contribute to the creativity, diversity and competitiveness of the music sector in Europe.