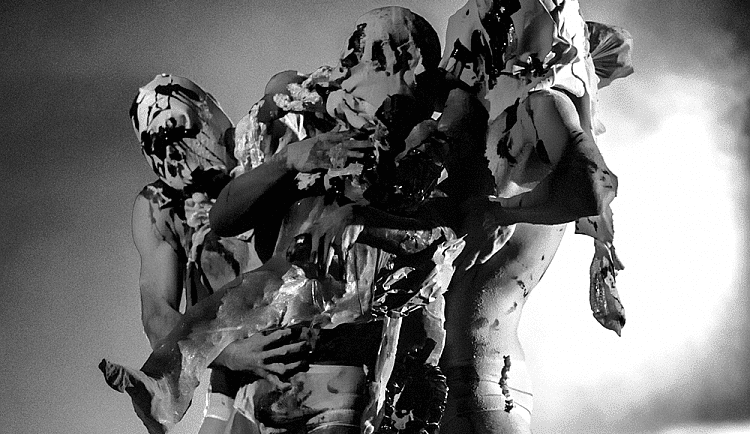 The name FUCKHEAD has long stood for musical irritation. A band with the tonal intensity of a bulldozer that refuses to even momentarily submit to any kind of conventions. The embodiment of  the principle of “doing your own thing”. The quartet around DIDI BRUCKMAYR is back again with their new album “Dislocation” (Noise Appeal Records) on which their creative freedom has once again led them well off the beaten path.

Fuckhead still have it. Despite being in the business for almost thirty years now, their attitude and motivation to ignore musical dogmas is as strong as ever. Didi Bruckmayr, Michael Strohmann, Didi Kern, and Alex Joechtl continue to create a sound that comes close to perfect inappropriateness. A sound that is far to multifaceted to fit comfortably into any single musical category.

A SOUND BOTH UNSETTLING AND APPEALING

The four-man team from Upper Austria once again explores the musical spectrum on “Dislocation”. From sterile and cold electronic and deep bass sounds to intricate drum’ n’ bass and breakcore beats. From spherical and futuristic sound surfaces to brutal noise-attacks and darkly dragging rock. And above it all reigns the voice of Didi Bruckmayr. An artist who makes his unmistakeable mark with a mix of experimental vocal art, majestic grandeur, bittersweet melody and digital distortion.

Fuckhead have mastered the art of creating a homogenous whole out of highly charged chaotic confusion. As wild and chaotic as things may get, Fuckhead’s music contains something highly musical, a sound that is both unsettling and appealing.

This band’s albums and live performances are always exceptional experiences. On “Dislocation” Fuckhead once again draw on endless creativity and, as in the past, still manage to scandalise the musical status quo. Just cool.