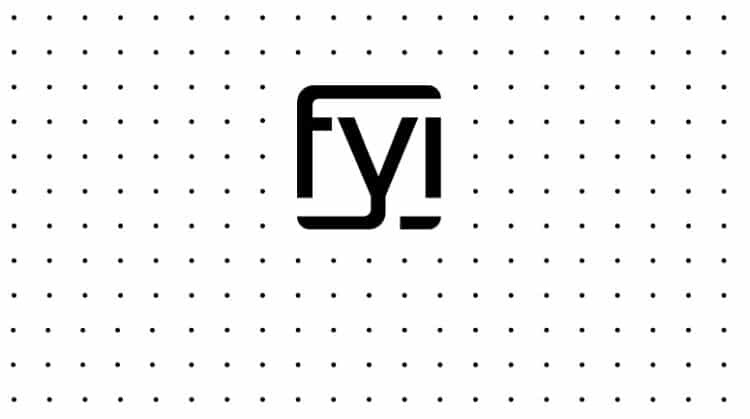 NICOLAS FRICK runs the “FYI Agency” with a lot of zeal. FYI stands for “for your information” and the agency offers bookings. True to the motto “Sharing is caring”, the young company is not averse to cooperation with like-minded people. NICOLAS FRICK spoke with Ruth Ranacher about the local music scene, selection criteria and the challenges the market poses to them.

What’s your vision for the FYI Agency? Where are you at right now?

Nicolas Frick: Our “About” text on the homepage answers this question quite well: “FYI is here to make shows ‘Yeah!’ again”. We see ourselves as cultural enrichers who want to bring a breath of fresh air into the city. We especially like new and undiscovered things. In just under a year, we were able to book five shows, most of which met with a great response.

Nicolas Frick: There is still a lot of potential in the Viennese live market if you go into a niche. I’ve been responsible for organizing parties with electronic music for years, such as the “Manifests” at the Viennese club Sass, worked at the poolbar festival and was involved in a few shows. I still think there are many undiscovered bands who have never before played in Vienna. We want to change that together with our partner, the Flow Agency from Florian Kollroß. A good example is the show of Ten Fé at the beginning of May in the B72 as well as that of Altin Gün in June at the Fluc. Both bands played their Austrian debuts with us.

“FYI Agency” offers booking services and even hosts shows themselves. How did this mixture come about? How do you work?

Nicolas Frick: That just naturally goes hand in hand. But it’s basically about expanding the business opportunities. We also offer Social Media Consulting and support various venues, such as bars, in designing their music programmes, including the Mon Ami in Vienna’s 6th district. Those who work with us know that we are always honest and authentic. We want to maintain that. We only work with acts that we personally like. This is where we draw a clear line. That’s not always easy, but the only right way in the long run.

What did you do before FYI?

Nicolas Frick: I used to work in advertising and tourism. Florian Kollroß and I have been going to the relevant showcases for years now in order to constantly expand our network. However, in the summer of 2018 the decision was made to go self-employed with the music industry.

“FYI” covers a spectrum ranging from indie to club music. What distinguishes the acts in your roster?

Nicolas Frick: We like to talk about the 360-degree experience. These days you have to see an act as a complete package. Our artists are on the uprise in their respective fields and therefore always on the puls of the scene. And they are well networked. Sam Irl is currently mainly active as a producer and in the duo Pulsinger & Irl. Thus he is playing annual gigs at the Panorama Bar in Berlin. For me Peter Kalcic aka B.Visible is one of the most complex producers of the local scene and also an incredibly good DJ. Those Goddamn Hippies have finally released a fantastic debut album, which they will present on tour soon. Very fresh and new is the band Futurski from Slovenia, the only foreign act in our Roster. The members of the band are still very young, but already very well known in Slovenia. This band knows what they are doing and their public image is also interesting.

“HOW COOL IS THIS ACT? WHAT IS THEIR SOUND? DO THEY HIT A CERTAIN NERVE?”

What does an act have to include for you to find it interesting?

Nicolas Frick: The basic framework for the selection of an act are the following questions: How cool is the act? What is their sound? Do they hit a certain nerve? The question whether or not this person is already somewhat networked inside the music industry is relevant for us as well. It is also important for us that the act itself has a certain aesthetic with regard to the visual language, such as a logo or its own idea of stage performance. In our opinion that makes a huge difference. It can be the best music in the world, but without recognisability it just won’t work.

Those Goddamn Hippies were recently touring internationaly. When did FYI start working with this band? What were the most important steps you took in terms of internationalization?

Nicolas Frick: We have always had loose contact with the band. We appreciate each other very much, which – as already mentioned – is an important matter for our artists. We don’t like working with people we’re not on the same wavelength with. Our cooperation began with the foundation of the agency, when we booked the current tour. With a gig at FOCUS Wales we hope to enter the UK market. We also hope to play at more showcase festivals in order to get the industry excited about the band’s sound.

You also bring international acts to Austria. How important is that for the local music scene? Have you noticed a change in this respect?

Nicolas Frick: We actually bring a lot of international acts to Austria. It is particularly important for “Manifest” that we look abroad, because in our scene, Soulful House/Disco, most of it takes place in the United Kingdom, France and the Netherlands. This is especially important for the local scene, because this is how they can network internationally. The Austrian Music Export especially works damn well and always manages to establish great Austrian talents abroad.

I would also like to add that good work is the prerequisite for great collaborations, such as with the Kala Festival in Albania and the Kolorado Festival in Budapest. We cultivate these contacts and try to expand them bit by bit, we also work to get Vienna back on the music map. Right now the Vienna tends to be left out. But this is also due to the fact that we are currently not able to offer the full range of venues. On the one hand it is due to the capacities of the venues, on the other hand due to the production costs, with which the fees of extremely hyped bands in Vienna can no longer be financed.

“THE ELECTRONIC MARKET IS GROWING GLOBALLY AND WE ARE COMPETING WITH MORE AND MORE EMERGING MARKETS.”

What are your perspectives with the “FYI Agency”, also from an international point of view?

Nicolas Frick: The perspectives are basically good, but they still have to be met with scepticism. The electronic market is growing globally and we are competing with more and more emerging markets. This is reflected in booking, since many artists are no longer available during the European winter, for example. Because of this and due to fee developments, winter tours in Australia are preferred.

As far as the live sector is concerned, 80% of everything goes via England. We are trying to position ourselves as the “Tastemaker Agency”. We don’t focus on quantity, but on quality. We can afford that because of our size and structure. This in turn is reflected in the ticket prices. We can always be a bit cheaper than a big agency and try to offer a good cost-benefit ratio.

We focus on innovation, which is why we have found a good ticketing partner in “Paylogic” from the Netherlands, which focuses 100% on digitisation, offers good and tailor-made solutions and offers fair ticket and system fees. The fees for our ticket prices usually vary between 1.30 and 2.00 euros. Of course, we are aware that point-of-sale advertising and large-scale PR via the major ticket providers are no longer available, but I think that the step with “Paylogic” is the right one.

“WE ARE THRILLED AT HOW MUCH THE QUALITY OF AUSTRIAN MUSIC HAS IMPROVED.”

How do you assess the developments within the Austrian music industry in recent years?

Nicolas Frick: We are thrilled at how much the quality of Austrian musicians has improved. You only have to listen to the “FM4 Morning Show” for four hours to see how great the abundance of great acts made in Austria is. Especially Ink Music and the labels of Ilias Dahiemne (Seayou Records, Futuresfuture) do a great job. We are less enthusiastic about the big mainstream festivals with their headliners, which in our eyes are a rather predictable program. But when you think of the Austrian festival market, other examples like the “Acoustic Lakeside”, the “C’est la Mü”, the “picture on festival”, the “Seewiesenfest” and many more come to mind. We all want to earn money, but you always have to be fair.
We also hope that the current development and recognition of Austrian acts will lead to more cultural support for the live market and nightlife. A great example is the Nachtbürgermeister Initiative [Night Mayor Vienna Initiative], which advocates a mediator between nightlife economy and politics. Such an institution would take the local scene into account. Today people don’t go out at 22:00 o’clock, but at 02:00 o’clock to party – so much for the topic of closing hours. We always think positively.

What is essential about music?

Nicolas Frick: Jane Austen once said: “Without music, life would be a blank to me”, and that’s how I look at it. For me, music is not a product, but a way of life. There is nothing better than providing people an experience, which any form of music is, that can enrich their free time. That is the reason why I chose this profession.

Ruth Ranacher – translated from the German interview by Dave Dempsey.