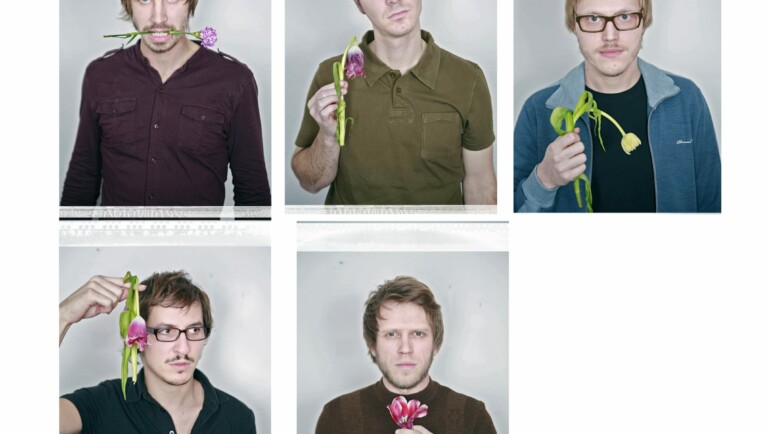 It’s not too often that the German language is represented on the stages of a festival that focuses mainly on Scandinavian music. However, this year the festival has specifically chosen one band from a variety of proposed formations that will be able to break these boundaries with linguistic and musical originality.

In Austria Garish has already been able to make quite a name for itself. With exceptional linguistic and musical pieces, the band has constructed its own universe, exhausted the definition of pop to its limits and has sustainably established itself amongst the most remarkable acts of the local music scene.

Since its beginnings in the late nineties, the band has created a dense as broad oeuvre and has crowned it all  with the highly acclaimed recent album “Wenn dir das meine Liebe nicht beweist” (2010). The directness and down-to-earthness, the portfolio of applied instruments (from the accordion to the mandolin) – all this has enthralled audiences and critics alike. In recent years there has been a significant increase in friendly musical connections to Germany: last year the reknowned band Element of Crime invited Garish to perform with them on stage at the Burgtheater. Drummer Markus Perner also shares his instrumental skills in Thees Uhlmann’s band. Garish has just recently started to work on the sixth studio album, which will be released early 2013.

See and hear for yourself and experience Garish first hand at the Spot Festival in Aarhus, Denmark, on the 5th of May 2012.