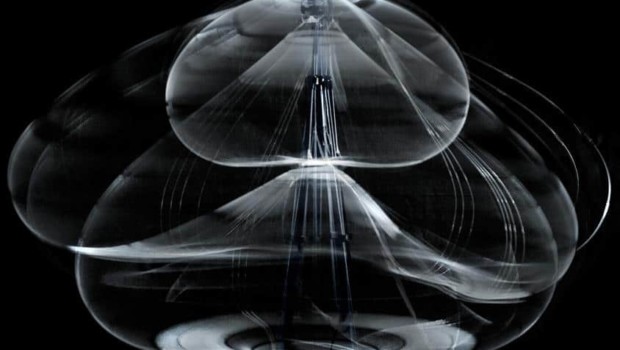 Ghost Capsules create dance music in song formats that keeps you wanting more. Without much ado, this band gets right to the point, and while always underlined by driving bass beats, the sounds and minimalistic melodies immediately grasp the ear canal from the very first tone. The beauty of this Vienna-based electro quartet is the fact that despite all the perfection, the songs come off as effortless and do not match the clichés of today’s party dance music. On their newly released and self-titled debut album, Georg Lichtenauer, Roman Lugmayr, Tim Simeon and Laura Gomez, the brains behind this project, create a sound that is immensely appealing and evoking, despite its rather cold and gloomy atmosphere. The successful first single “Inside” is already regularly played on Austria’s favorite alternative radio station FM4 and is sure to soon stir up a lot more attention across Europe.

The genesis of Ghost Capsules reads as a very exciting and probably not quite common story. During a guest performance in Vienna, the Englishman Tim Simenon, mastermind of the internationally known British electronic music project Bomb The Bass, who incidentally also produced various artists such as Depeche Mode, David Bowie, Sinéad O’Connor, Seal or Neneh Cherry, became acquainted with the two Viennese Georg Lichtenauer and Roman Lugmayr. Right from the start the three hit it off and became friends. They got along so well that Tim Simenon ultimately decided to pitch his tents in the Austrian capital. Together with the singer Laura Gomez the three musicians soon began working on realizing their own vision of ​​electronic dance music with a gloomy pop infusion.

Listening to the new debut album, one may conclude that Ghost Capsules have succeeded in this venture. Although for the most part practicing musical minimalism, the tracks of the foursome are surprisingly complex and can be stylistically settled somewhere between electro, house, dub and techno. Reigned by driving and catchy bass beats, the (synth) sound tinkering reveals more than you can at first comprehend. When listening to how the music slowly unfolds, the many small hidden details make the whole thing all the more interesting and distinguishable from similar band concepts. A special charm of Ghost Capsules’ sound universe is also the contrast between the chilly and distant musical base and the crystal clear voice of singer Laura Gomez that give the songs a special emotion and feeling.

Overall, one can say that Ghost Capsules deliver really cool music that definitely convinces and appeals. Not only in the club context but also within the own four walls. Highly recommended.
Michael Ternai
(translated from German)
Photo: Clemens Kogler