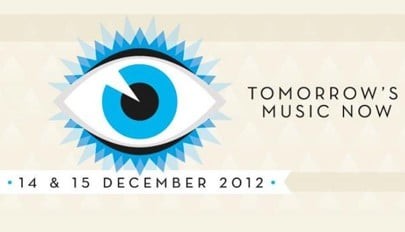 The second edition of the international music festival GLIMPS takes place on 14-15 December. This music festival invites up-and-coming bands from all over Europe and takes the audience on a musical tour throughout the inner city of Ghent. The bands and audience are wwelcomed in not less than 13 venues, from small intimate clubs to more prestigious concert halls. Most of the bands already have a solid ground in their own countries, but are seldomnly seen outside their frontiers. This is one of the main goals for GLIMPS: being a music festival where the audience can discover the bands of tomorrow.

This year, Arts Center Vooruit and Ghent Jazz Festival are added to the partners of the previous edition: Keremos, Rockoco and Democrazy. All of these are major players in the Ghent music scene. During these two days, GLIMPS will welcome 80 bands from over 20 European countries.
Ghent is member of the Unesco Creative Cities of Music Network, next to Bologna, Sevilla, Glasgow and Bogotà. GLIMPS strenghtens the international appeal of Ghent as a city of music by offering a unique collaboration between the major players in the Ghent music scene – from the smaller concert circuit to the bigger concert halls – and by inviting bands from all over Europe to perform on its stages.

The first names to be announced are I Got You On Tape (Denmark), Black Twig (Finland), Me And My Drummer (Germany), Volkova Sisters (Hungary), Jungle By Night (The Netherlands), Mujeres (Spain), TrioVD (UK), Navel (Switzerland). The first Belgian acts are Oscar & The Wolf, Mary & Me, Dans Dans, Roscoe, and Dan San. From Austria UMA, Francis International Airport and Mile Me Deaf are on the festival bill:

UMA (Seayou Records, www.uma-music.net)
Ella and Florian Zwietnig were not afraid of the ultimate relationship test when they started their band UMA. But the risk was well worth it! Their first EP DROP YOUR SOUL is the living proof. Ella’s choir-like voice is mixed with the heart beating beats and minimalistic synths of her partner. Take a look at their video for ‘Wild At Heart’ and you’ll know exactly what Austrian synesthesia means.

Mile Me Deaf (Siluh Records, www.milemedeaf.com)
Take a look on the website by Killed By 9V Batteries, the primary project by Mile Me Deaf founder Wolfgang Möstl, and you’ll instantly know what to expect from his music: parody pop with hilarious music videos. The first album, Eat Skull, from this noise pop genius takes us on an eclectic trip through nineties-rock.

Francis International Airport (Siluh Records)
After their rather playful debut WE ARE JEALOUS. WE ARE GLASS the second album IN THE WOODS became a collection of great, pure indie-pop songs, with more bombast and integrity. Francis International Airport became skillful studio-geeks preserving their love for catchy tunes with melancholic ambience. Their enthusiastically received shows at Primavera Sound, Reeperbahn Festival, Eurosonic and Sziget Festival finally proved it was worth all the trouble, leaving behind plenty of smiling faces and charmed ears.