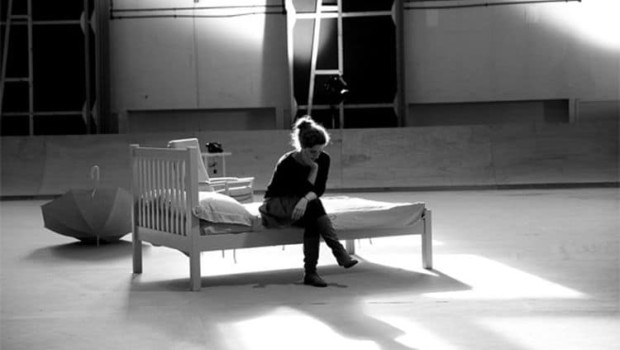 The new opera Morgen und Abend (libretto: Jon Fosse) by Georg Friedrich Haas will premiere on the 13th of November at the Royal Opera House in London. Starring in the main roles are among others the actor Klaus Maria Brandauer, soprano Sarah Wegener and the baritone Christoph Pohl.

The Graz-born composer Georg Friedrich Haas is the recipient of numerous awards, including the Grand Austrian State Prize, the International Composition Prize of Salzburg, the Ernst Krenek Prize, the City of Vienna Prize for Music, the Andrzej Dobrowolski Composition Award, and many more. The artist, whose micro-tonal layers have gained him legions of followers throughout the world, is an active and avid supporter of young composers in search of their own musical language. In September 2013, Georg Friedrich Haas joined Columbia University’s composition faculty in New York where he currently serves as the MacDowell Professor of Music.

Jon Fosse tells the story of Johannes the fisherman, a simple man in the autumn of his years. He recalls his past life, the two people who meant most to him – his wife and his friend Peter, who have both long since passed away. Johannes’ yearning will come to an end on this day. When his daughter comes to check on him the following morning, she finds him dead.