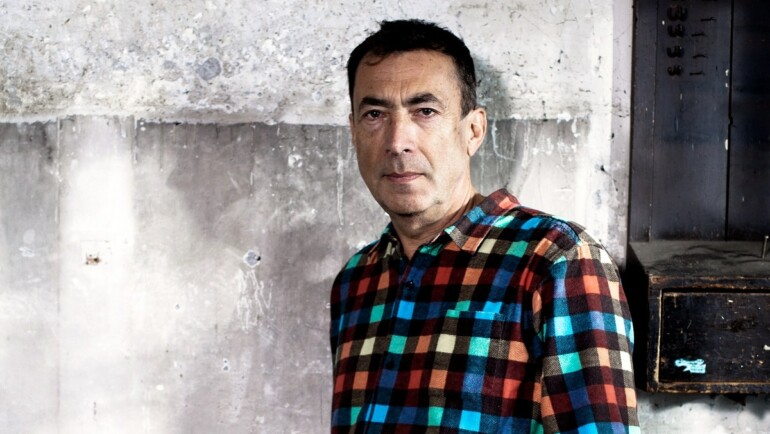 On his most recent album, “Federn” Hubert von Goisern explores the traditional music of America, where the world musician from Salzburg is now on tour. Hubert von Goisern and his band will be making stops in Washington D.C., New York City, and a very special stop by the South by Southwest festival in Austin, Texas.

Hubert von Goisern has been one of the Austrian music scenes most successful representatives for many years now. Not many Austrian artists have been able to remain at the top of the business as long as the ethno-musician from Salzburg. An unstillable curiosity for everything new is the main ingredient in the recipe for success that Hubert von Goisern has been following since his early days as a member of the legendary band Alpinkatzen. It has served him well. He is one of those rare musicians who are capable of consistently and successfully reinventing themselves.

Socialised in alpine folks-music, the man from Bad Goisern has experimented with an astounding variety of styles and musical traditions. He was, and still is, a musical globetrotter; collecting experiences and impressions on his travels that find their way into his recordings. A process he has continued on his most recent release “Federn” (2015)

“Federn” takes the musician who once studied electroacoustic and experimental music at the Viennese Music School to the U.S.A; home of Jazz, Blues, Bluegrass, Rock ‘n’ Roll and Country. The traditional music of America is one of the final puzzle pieces in his life work and experiment with world music.

Hubert von Goisern has once again managed to unite apparent contradictions with his combination of Austrian folk music and the sounds of the southern U.S. The result is a collection of captivating and diverse songs, from electric guitars and powerful rock to swing and moving ballads. The extraordinary thing about Hubert von Goisern is that, no matter where or in what style the music might take him, he always manages to add his own, signature sound to it. A skill that is very much on display on the album “Federn”.