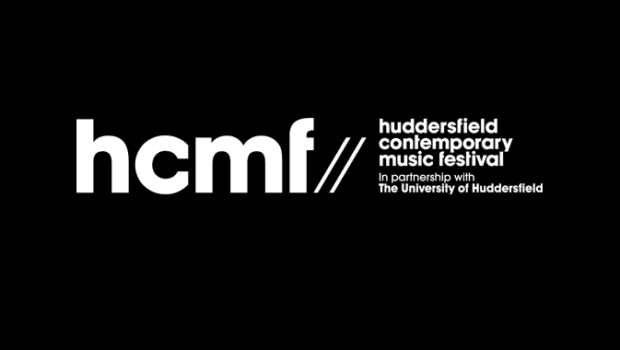 Huddersfield Contemporary Music Festival (hcmf//) ended this year on Sunday, November 29, after celebrating nine days of oustanding concert performances and once again confirming its reputation as Britain’s leading festival in contemporary music. Reason enough to deliver a short summary and offer an insight on this internationally renowned cultural event. What makes this festival so special? A little anecdote from the opening concert of the Austrian ensemble Klangforum Wien at the former St. Paul’s Church may serve as an indication: While flipping through the festival program, an elderly couple from Manchester seemed to be disappointed that many compositions in the program came from the past millennium: “Oh, that’s all so old.” After a while, one of them realized that back in the day they had actually been present at the premiere of one of these works and then asked: “When did it cease to be contemporary?”

When looking for something new in contemporary music, it can happen that the composition period has to succumb to the currentness of a work, leading to “premiere madness” in concert halls and event organizers only looking for works that have not yet been premiered, according to Olga Neuwirth. Whether it is desirable to establish this canon – when works stop being contemporary and ascend into the ranks of narrated music history – is open to dispute. The fact that it is often difficult to attend the performance of a work or musical concept more than once is not only an aesthetic disavantage, but also a practical problem for all individuals involved in a musical experience: Composers receive less money for their works, event organizers have to spend more, ensembles have less time to perfect a performance and listeners only get one chance to attend a concert. The artistic director of Huddersfield Contemporary Music Festival, Graham McKenzie, counters this with a sophisticated mix of performances of works from the 20th century and younger works that have already been performed and premiered.

At the opening concert, the first part of the program featured Peter Jakober’s “Substantie” – an award-winning composition which premiered a week earlier at the Austrian festival Wien Modern, Agata Zubel’s “Not I“, and two works of the already established composers Beat Furrer and Pierluigi Billone. Particularly well received was Agata Zubel’s “Not I“, a dramatic vocal and sonic interpretation of Beckett’s Monologue, telling the story of a traumatized, previously mute elderly woman, who finds emancipation and vocalization in a stream of words. After the world premiere at the festival Wien Modern in Vienna, the second performance of Peter Jakober’s work at Huddersfield Contemporary Music Festival allowed listeners to experience a whole new realm of sounds due to the many layers of this work and how they resonate in different room acoustics.

Unlike other festivals, less attention was given to crossing genres or postmodern currents, such as trans- and intermediality. The focus was rather set on exploring and showing the many dimensions in the now classic implementations of musical experiment (to again quote the elderly couple: “Ah, the bass clarinet. All the old cliches are coming back.”). Richard Uttley, for example, presented Thomas Larcher’s “Smart Dust” with a varied sound world of prepared pianos and took reference to the strong electro-acoustic tradition of experimental music with Michael Cutting’s “This Is Not A Faux Wood Keyboard” on a Fender Rhodes. The concert of the ensemble United Instruments of Lucilin also opened new aural worlds with stunning playing techniques and electro-mechanical instruments. In “epar” Manuela Meier interpreted sounds as transitional organisms that are continuously subjected to manipulation and alteration, and Mauro Lanza took inspiration from Wolfgang von Kempelen’s talking machine, an experimental, mechanical music instrument from the 18th century.

The question remains, what is it that gives this festival its special flair? Besides the concerts, the gap between organizers, artistic contributors and visitors is very small and often not recognizable. Several generations of modernist art lovers from the far reaches of the world gather here to make, listen and reflect on experimental music. The result is a pronounced family atmosphere, an assembly reminiscent of an ancient symposium.