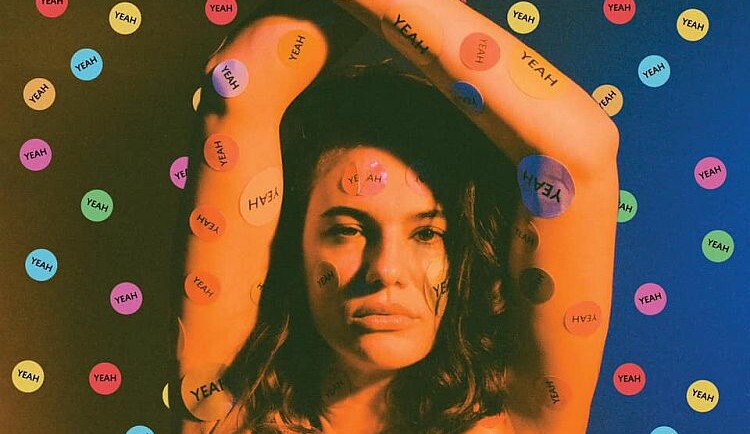 ANNA FRIEDBERG (formerly ANNA F.) took her time and, in search of a new musical direction, went to the desert first to write songs. The Styrian-born artist came back with songs that, with their mixture of post-punk, alternative rock and pop, sound quite different from what we were used to hear from her. What’s also new is that the musician, living in London by now, is launching her own band FRIEDBERG. In an interview with Michael Ternai, ANNA FRIEDBERG talks about the making of the debut EP “YEAH YEAH YEAH …”, her decision to go to London and what it felt like suddenly being a BBC Act-of-the-Week.

In a way, the sound of Friedberg represents a musical reorientation for you. Did you consciously want to make a change in your music?

Anna Friedberg: I wouldn’t say that it was a conscious decision, it just happened that way. I didn’t sit down and say to myself, I want to start a band now and do exactly this or that. I consciously wanted to take my time and find out what I really wanted to do. So I traveled on my own to the desert, to Joshua Tree, rented a cabin there, and made music and wrote poetry all day. I was there once before during a road trip a few years ago. I traveled through the USA with Hannes Rossacher in the footsteps of Jack Kerouac and Allen Ginsberg and ended up there. It’s funny that we also met Eric Burdon from The Animals there. In any case, I’ve always found this place inspiring and I’m not surprised that so many musicians go there. It was there in the desert that I started writing songs. At that time I didn’t realize that I was doing this for Friedberg. I still had traveled there as Anna F.. At some point, two producers from Berlin, Daniel Brand [Brandt Brauer Frick; note] and Matthias Biermann [Roosevelt; note] joined me, and we actually had jam-sessions together day in, day out. The first single “Boom” and the song “Pass Me On” were more or less created then.

Did you already have an idea at the beginning what direction the music should take?

Anna Friedberg: I already knew that I wanted to have a somewhat rougher sound, but didn’t have a clear idea how to get to it, in the beginning. I really tried out many, many things and countless versions of the songs were created. But in the end Daniel, Matthias and I came back to the original demos, which were made in the desert on really bad equipment that we somehow managed to borrow locally. They just had this vibe that couldn’t be beat. From then on, it became more and more clear that I wanted to go in exactly that direction.

To what extent is the new sound closer to you as a person than what you did before?

Anna Friedberg: I think the new songs are closest to what I like most myself. I’ve always listened a lot to ESG (Emerald Sapphire & Gold), LCD Soundsystem and Courtney Barnett. Those were actually the three bands I listened to the most, when I started writing.

“[…] BY JAMMING WE THEN FOUND THE SOUND”

What role did Daniel Brand and Matthias Biermann play? How important were they to you?

Anna Friedberg: On the one hand, they were very important for me, because through them I got out of this pop environment, of which I also had been a part of in Berlin for a long time, and got to know people from other scenes. On the other hand, they also encouraged me in what I was doing. I had already done a few things with both of them – independently of each other – and thought it would be cool if we all worked together. So we flew to the U.S. together and rented stuff in Joshua Tree and L.A. for three months and just made music. And through jamming we found the sound.

Then you went to London, where you found a label as well.

Anna Friedberg: Exactly, although I had been looking for a label for quite some time. But that didn’t happen so fast, because I already had gotten many rejections. In the end I ended up with Marathon Artist, a small label. Funnily enough, Courtney Barnett, who, as I mentioned before, I’ve listened to extensively, is also on this label.
The label head just liked what I was doing. He’s also very well connected in the London scene, which of course is no disadvantage. He also said that I actually needed a band. But the problem was that I didn’t know anyone in London. Through him I met Emily Linden, the guitarist. He had seen her live before and told me to get in touch with her. She, in turn, lived in a shared flat with Laura Williams, the drummer, who then brought her to the first collective rehearsal. Finally, Cheryl Pinero, the bass player, joined us. She’s from Germany and lives in London just a few minutes away from me, which is very close by London standards and therefore very convenient.

Anna Friedberg: I had always wanted to go to London, and the opportunity arose to go there. Originally, I was planning to stay for a few months only. But then I really liked it. Now I’m actually commuting regularly between Berlin and London.

As an Austrian musician coming to London, one probably won’t be getting an open-armed welcome. How did you experience that?

Anna Friedberg: Actually it was completely different. London is such an international city that differences don’t matter to the people at all. They don’t care where you come from. I think they even believe it’s cool if someone comes along with an exotic accent. At the BBC or at the radio stations your origins aren’t an issue. What is not that easy maybe, is to make one’s voice heard there, because there are really so many good musicians in London who are doing great stuff.

But still, you managed to get radio airplay there and become a BBC Act-of-the-Week. How did that happen?

Anna Friedberg: Yes, I thought that was extremely cool, and of course I was very happy about it. I know a lot of people who are from London and have been trying to get onto the radio for ages. I really don’t know how it came about. I had an interview with a journalist from the BBC who said she had already discovered the song “Lizzy” before my management had uploaded it to the BBC Introducing platform. She thought it was great and wanted an interview with me. And suddenly my song was played.

How did Corona influence the creation of the EP? How did you deal with this crisis in general?

Anna Friedberg: Since I had a very stressful time before the crisis began, I actually found it quite pleasant for a while to be able to take a breather and relax. But then the mood changed, of course, because right before we had played at Eurosonic and we really had a lot of offers to play the festivals in summer. Unfortunately nothing came of it, which is a shame.
But I was not idle during that time. On the contrary, I even put a lot of pressure on myself. I wrote and recorded songs, prepared the release, did photo shoots and some video shoots and made sure that everything was well prepared for the time when everything will start again.