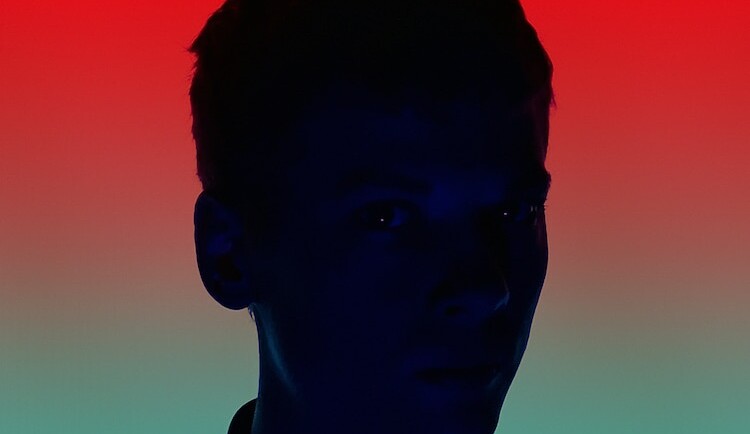 The musician and media artist STEFAN JUSTER has established himself as one of the protagonists of the Viennese electronic scene with his project JUNG AN TAGEN. His sound is radical and builds bridges between club music and experiments with perception, techno and contemporary music. After taking on numerous identities and being active in the electronic underground for years as STEFAN KUSHIMA, CRUISE FAMILY, ALEX STRELKA or BOBBY LAZAR, the musician seems to have found his goal with JUNG AN TAGEN. Since 2016 his releases are published by the label EDITIONS MEGO. With the foundation of his own label ETAT, he is now opening up a new chapter, concentrating on puristic, psychoacoustic computer music. In an interview with Shilla Strelka, the musician talks about aesthetical strategies, sources of inspiration, his latest release “Emergent Properties” and straying between genres.

“I want to question what it means to release digital music digitally in 2020.”

You just launched your own label. ETAT works as an online label that does without physical releases and instead makes the releases available as free downloads. What is the idea behind it?

Stefan Juster: I want to question what it means to release digital music digitally in 2020.

Your last release “Proxy States” (Editions Mego) was not released on vinyl as planned, but on CD and tape. Is the creation of the label therefore a reaction to that?

Stefan Juster: Precisely. For me this is the solution to a specific problem. In “Proxy States” there were frequencies that could not be translated to vinyl. And apparently there were also too many trebles. In the end the mastering engineer advised me not to put it on vinyl and I didn’t want to take the risk. I will continue to release vinyl and tapes on other labels, but for this particular output I lacked a suitable tool. The actual trigger was the realization that musicians who work in a similar way to mine are experiencing this too.

What unites the releases that will appear on ETAT?

Stefan Juster: There’s a kind of grey area between analytical, academic composition and playful, wild underground that is interesting to me: psycho-acoustically violent works that nevertheless feature clarity and wit. Ideally, these are sounds that won’t work on vinyl or only make sense digitally.

Your latest album is the label’s first release. You have been working on it for a year. On “Emergent Properties” you present contemporary, extreme computer music in which you further formulate your previous ideas. You are experimenting more consistently with psycho-acoustic methods. Physical disorientation plays a role, but also experimenting with additive synthesis.

Stefan Juster: Yes, I wanted to make an album without beats. I haven’t had so much fun working on an album in a long time and I will certainly continue in this direction for some time. There’s so much to explore in that field and I have so many ideas!
The second release will come from Eric Frye, one of my favourite musicians. He creates very special, subtle music and I am very happy that he agreed to start the experiment with me.

“I think that for Generation X noise culture is kind of a zero point, aesthetically and as an attitude.”

You’re quite a scene diver, started in the noise drone underground in the late 1990s, were active in the breakcore scene of the 2000s and then part of the international post-psychedelic movement that went global by networking via MySpace. After that you turned to club music and currently you are moving towards academic computer music. Is there something that unites these genres?

Stefan Juster: For me they are all mutations of noise. Noise is a kind of primeval soup from which all kinds of things can grow out of if you combine them with something new. Gradually it develops as long as the genre doesn’t know where the journey is going, but when it reaches a destination, most people will then go looking for a new syntax.

What is your personal fascination with noise?

Stefan Juster: I think that for Generation X noise culture is kind of a zero point, aesthetically and as an attitude.

“Techno for me was always applied minimal music and the last real counter culture.”

You then moved, like many of your colleagues, from noise to techno and club music. But techno was relevant for you long before that. What is your relation to this genre?

Stefan Juster: When I was about eight years old, my sister went to raves. At home she darkened the windows and told me to close my eyes. Then she played me tracks from Emmanuel Top and described what drugs felt like. Later a friend of hers forgot his record bag full of Nasenbluten and Sähkö releases at our place… That was the beginning. Techno for me was always applied minimal music and the last real counter culture. After I stopped making drone and hypnagogic music, I tried to formulate this relationship to techno more clearly.

Today Techno means one thing to me: the possibility to play physically very intense concerts. Using a kick on 4/4 you can allow yourself to do almost anything. In fact, I’ve played less often in clubs over the last few years and at the moment I am clearly more drawn to a concentrated setting. I will definitely play concerts with beats again, but at the moment I would rather like to free myself from them.

When you started making music as Stefan Kushima, you were treating an electric guitar with a milk foamer, as Cruise Family you started experimenting with Casio keyboards and effect devices. In the meantime you are working exclusively digitally and are interested in synthetically generated sounds. How did this come about?

Stefan Juster: I discovered at some point that I am not a particularly talented “classical” musician. Since then I have been working more experimentally and more as a composer. For example, I’ll be thinking for a long time about what could make sense in a live context, prepare it and then mainly change the duration.
Besides, I used to be really Lo-Fi on the road. I’ve only been trying to work with clean sound for some years now, so that the frequencies are transferred to the body as good as possible.

You have been active as a Jung An Tagen since 2014. Over the years, your sound has become more and more refined and defined. You are working with singular synthetic pulses, but sonic chaos also matters.

Stefan Juster: For me it’s a relatively natural feeling to work like that. If you place one note after the other, you easily fall into emotional traps. Then it becomes so easy that you make something dark or euphoric, through harmony sequences and things like that. And that’s just too boring for me. When I’m working more experimentally or with cut-ups, I can suddenly discover something that I wouldn’t have thought of and then it automatically gets this complexity.

“It’s always a game of chaos and control.”

I also had the feeling with your last releases that your approach had become more mathematical, as if it was all about quantities and intensities. Xenakis too came to my mind a lot. Do stochastic or aleatoric processes play a role for you?

Stefan Juster: Yes, very much. Precisely because I am not a very good classical musician, I find compositions in which I’m placing one note after another boring to death. Normally I’m working on a single sound for a very long time and then design methods to compose with a certain chaos. If I like something, I’ll build on it. It’s always a game of chaos and control.

But your work also follows a certain tradition. Do you consciously tie in with artists like Florian Hecker or Marcus Schmickler? Are there similar questions?

Stefan Juster: Yes, of course! And before them there were people like Maryanne Amacher or Jean-Claude Risset. This is the generation before mine. We owe a lot to these artists.

Like them, you are working analytically and looking for strategies to irritate one’s perception. You have been working with psycho-acoustics for a long time – binaural beats, otoacoustic emissions, Shepard Scale, differential tones, etc. What fuels this fascination?

Stefan Juster: The irritation of one’s perception brings it very nicely to the point anyway. I love artistic works that confuse me and my perception. But it’s very difficult to get at it. I try to do what fascinates me and when it comes out as such, I am happy.

“I like it when the frequencies enter one’s head.”

There’s a lot going on in the upper frequency spectrum. You are using bass sounds rather sparingly. Why is that?

Stefan Juster: I find electronic music that’s only about bass sounds a little boring. Higher frequencies and their physicality are often underestimated. I like it when the frequencies enter one’s head. Besides, it’s relative. I wouldn’t say I use less bass, I just use more treble. I don’t think that people complain about not enough bass at my concerts (laughs).

Overload too matters in your work. At times your sounds come close to the pain threshold. What is the appeal?

Stefan Juster: When something is broken or apparently doesn’t work, it’s very easy to ask questions about the medium itself or our relationship to it. Overload or pain makes us formulate questions about our body.

Your music is then over-stimulation, that is, intensification?

Stefan Juster: Yes, sure, a form of complexity. If something becomes too technical, it becomes too intellectual. My work is that too, but I still try to make it work emotionally or intuitively. That you can let yourself go within complexity. Complexity can also lead to relaxation. Like with Xenakis. Those are highly complex compositions, but you let go.

“Art (has) the capacity (..) to reinterpret your perception as an aesthetic, but also an emotional event.”

You are dealing with many different aesthetics and disciplines. Authors and artists such as Alexander Kluge, William Burroughs or Robert Wilson have influenced your thinking as much as Soviet Constructivism, Structuralist film or partisan songs. How do you define the relationship between politics and aesthetics?

Stefan Juster: Art has the capacity to reinterpret your perception as an aesthetic, but also an emotional event. That is the best: if you can experience yourself and your environment in a new way and redefine yourself; if you are open and do not take your environment for granted, but assume that it is in motion and can change you.

You are also responsible for the artwork of your music projects, you design the covers and produce the videos. What is your relationship between sound and image? Was this a logical step for you?

Stefan Juster: Yes. For me music always exists in symbiosis with images. Especially with a record it seems to me inevitable to formulate my thoughts with colours, forms and language.

In this context it’s also interesting that you studied experimental film at the art university in Linz.

Stefan Juster: Yes, I only started to make music more seriously after my studies. Making records and playing concerts is by far the most intensive, rewarding and social form of creating art for me. With concerts you can earn some money, drive around and in my experience you can meet the coolest people in town. I can also connect everything with music. But experimental film still has an influence on how I’m thinking about structures.

“The temptation to go underground again is still strong!”

You really did have a long period in which you moved nomadically from one pseudonym to the next, also to defend yourself against appropriation. With Jung An Tagen you seem to have found your goal now.

Stefan Juster: But the temptation to go underground again is still strong!