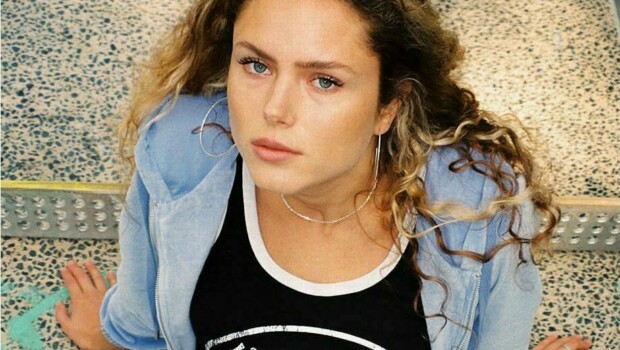 With ELI PREISS, the Austrian music scene has gained an exceptionally authentic artist in recent years, who has been met with great acclaim in the German-speaking world. After initially singing English lyrics, the 23-year-old Viennese has now turned to German R&B and rap, where she has found her personal place in the music world. In an interview with Katharina Reiffenstuhl, ELI PREISS talks about categorizing music, moments of self-reflection and things that are still on her wish list.

You’ve had quite a switch musically – you’re doing rap now, and in German. Did you no longer like your previous musical self or did you just want to try something new?

Eli Preiss: I somehow didn’t quite feel like that was really me yet. It felt more like I was imitating my idols. I saw Aaliya, Destiny’s Child and Justin Timberlake and so on as role models. And because English is not my mother tongue or everyday language, it was just too much inspired by my idols. When I started to make music in German, I realized that I don’t really have female role models in this direction. That’s why I then started to do my own thing.

But would you say you feel like you belong to this typical Deutsch-rap (German rap) scene in Vienna?

Eli Preiss: Maybe more so in Vienna, but not generally. I think it’s kind of stupid that there’s only this umbrella term Deutsch-rap. For me it’s something different when you do R&B in German, that’s just different than this classic Deutsch rap, like Aggro Berlin and Sido or something. So I think it’s difficult that you always lump it together through this title. So the old school hip-hoppers are always dissatisfied with the newcomers and say “Man, that’s not real rap at all”. But at the same time there is no other pot to be put into. That means there’s still a bit of a lack of umbrella terms and genres in the German field.

When I started to make music in German, I realized that I don’t really have female role models

What I find very special about you is the realization of your music videos, which bring a lot of aesthetics with them. Is it very important to you that everything fits visually and that the vibe is right?

Eli Preiss: First of all, thank you. And yes, that is overly important to me. I grew up with music videos, with MTV and stuff, and I just watched music videos all the time when I was little. So that’s stuck with me extremely. To me, it’s mega important to visually translate the vision I had of how I wrote the song.

You also come across as extremely self-confident in your songs and videos. Was that always the case?

Eli Preiss: Absolutely not at all. It’s something that I think requires constant, hard work. The road to self-confidence is kind of a journey where you never get there. I work pretty much every day to feel good about myself, to accept myself, with all my flaws and the good parts. I think that’s all part of it, and self-confidence, I think, always seems like you can just get that from sports or makeup. But it comes from within. I’m glad that you can tell that I’ve been working on it a lot over the last few years.

You also sing a lot in your songs about not letting anyone tell you anything and just wanting to be the way you are. Have there been more situations like that in the past where people wanted to change you?

Eli Preiss: Yes, and at the same time I was insecure myself and let that happen to me. I sometimes drifted in the wrong direction, because I always thought “Okay, if this person says that, then it must be true, because they are better known and more important”. In the last few years I’ve really learned that I should listen more to my gut feeling.

The music business does have some dark sides. Have you ever had to deal with fake friends or similar things?

Eli Preiss: I would say it like this, I don’t really let people in this business get close to me, so that I could say, these are really my friends, to whom I turn now, if something bad happens. These are often such superficial, but nevertheless nice, acquaintances. But I think if you get lost in it and think that the niceness of people would also be there without music and without Instagram and fame, then you rather have this problem. I’m just a little skeptical about it all. The music business is sometimes a bit like a “Black Mirror” episode where you feel like people are scanning the room for streams and followers. I can already sense that when someone is fake and then I don’t go for it. So no, I don’t have any fake friends, but that’s also because I recognize them quickly.

Would you also say that the kind of music you make yourself is aligned, genre-wise, with the music you listen to in your private life?

Eli Preiss: Right now, funnily enough, not really. I listen to a lot of quieter music, a lot of R&B. But it also always depends a lot on my state of mind.

You’ve already released a few songs with other German rappers, like makko and beslik meister, for example. Do you have any dream collabs, anyone you would really like to release something with?

Eli Preiss: Ace Tee. Definitely. I’m completely into her music. I also think she’s very underrated. I kind of notice that in the rap scene in general, female artists often don’t get that much recognition. But I think she’s mega and I’d love to do something with her.

You haven’t really worked with women so far, have you?

Eli Preiss: No, but I would be totally up for it. But somehow the ones I find cool are rather unattainable. I would also like to work with Shirin David or someone like that [laughs], but somehow it’s not really in the cards.

So in Austria, or I’ll call it “within your reach”, you haven’t found anyone yet where you say “we could do something together”?

Eli Preiss: Verifiziert is someone I also find very cool. I’ve already talked to her and maybe we will sit down together.

What else can we expect from you in the near future, with new music or something?

Eli Preiss: There will definitely be another song this December, which is supposed to open a new era of mine. I’m going to release a project soon, but I can’t say too much about it at the moment. But I can say it will definitely be without any featured artists, and again a completely different side of me.

FOR THE FIRST TIME I HAD FACES IN FRONT OF ME, BESIDES THE NUMBERS

How do you actually deal with the fact that it’s lockdown again? Does that affect you in your work as a musician?

Eli Preiss: I have to say, I personally always get along with it relatively well, I think. In the time where you could now have gigs again, I was extremely busy. I was really all the time on the road across Austria. I also had my first Germany gig. Now the break is actually very convenient for me. Of course I’m not happy about the lockdowns, but for me personally it’s always quite convenient, because then I can reflect and get new inspiration. Then I also take more care of myself, my body and my family again. It kind of slows me down, if you know what I mean.

What was the tour like for you? Did you have any moment that stuck in your memory?

Eli Preiss: In Wels, someone in the audience did a backflip. [laughs] That was crazy, I’ve never experienced that before. Some of the people there knew the lyrics by heart. I didn’t realize that I had such a big fan base there, but Wels really surpassed almost everything. And of course the Schillerplatz (plaza in front of Vienna’s Art Academy) gig – that was also extremely important for my personal history, music-wise. That was the first gig after all the lockdowns, the first time I stood in front of people again with new songs, and that’s when I first noticed that everything got going during the lockdown. I had faces in front of me for the first time, besides the numbers. It was really wild.