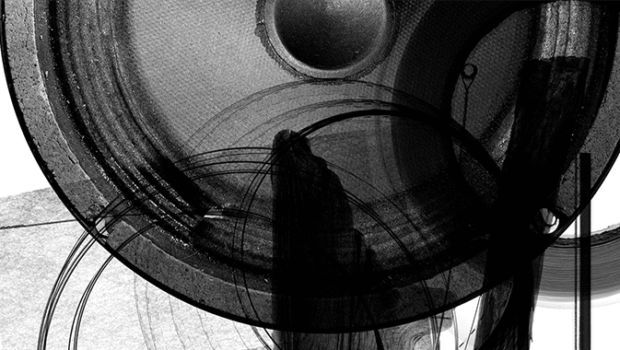 There where established opera houses miss out, the independent scene jumps in.With less money but all the more creativity and dedication, the independent scene enables music theatre experiences that aesthetically and formally tread new paths and take on the relevant problems of the present in an artistic and innovative manner. This just proves the apparent need of “placelessness” as the perhaps greatest virtue of the indepedent local opera scene, which is not bound to fixed venues and thereby entails the necessity to seize new places for theatrical encounters. Instead of, as it often occurs in established venues, always repeating the same repertoire, there are many places in the city that are taking a new approach: on small stages like the Off Theater or the Theater Nestroyhof, in old factory buildings – or even in trains and swimming pools. With music theatre resorting to places that are open to alternative attributions, it also makes contact with the residents of the city in a new way. “We do not possess any immovable property, as theatre never should be immobile,” proclaims the website of netzzeit, one of the oldest platforms for independent music theatre in Vienna. Since 1984, Nora and Michael Scheidl have been enabling music-theatrical experiences off the beaten track. Since 2004, the artist couple has been organizing the festival “Out of Control” in one to two year intervals – the only Austrian festival exclusively dedicated to contemporary music theatre work. The initiative caused a lot of attention with the often recurring event Symposion, which, along the lines of the ancient ritual, aims at a holistic experience with music, food and drinks.

Instead of being caught in the usual, rigid, often uncomfortable sitting posture and being damned to keep still, the audience rests on comfortable futons and listens to the sounds of the Klangforum Wien, accompanied by the perception-altering effects of controlled alcohol consumption. If not music theatre in the narrow sense, the Symposion aims at a cross-border experience away from the dressage of concert rituals. Organized in a similar way, at the event „Oskar Serti geht ins Konzert – warum?” (Oskar Serti is going to a concert – why?) the musicians of the Klangforum entrusted the audience with episodes from the life of the fictional Hungarian poet and music lover, while the entire Konzerthaus was filled with contemporary music. In the context of “Out of Control”, netzzeit 2013 presented the spectacular music theatre project Amazonas, which was created for the Biennale Munich 2008 and confronts the colonial view of the Amazon inhabitants with the perspective of the indigenous shamans.

Social conditions in times of globalization are also dealt with in the projects of progetto semiserio. Originally primarily active in the field of Baroque music, the initiative under the direction of Georg Steker has established itself as a driving force in the music-theatrical dispute with sociopolitical issues. This year two productions covered these topics: As part of the festival series “into the city”, Die Ballade von El Muerto highlighted the popular genre of the narco corridos, which sings about the heroic deeds of contract killers and drug dealers in Mexico. In turn, Gates, a co-production with the ISCM World Music Days, features four composers that question the social transmission of our society in the form of short works.

It is no coincidence that the combination of baroque and current music theatre is becoming more common – after all, both pre-classical and contemporary music theatre productions were ignored by the big theatres for a long time. In both areas, the Musikwerkstatt Wien, founded by Huw Rhys James and Anna-Maria Birnbauer in 1995, has been a pioneer: With Orlando and Tamerlano in 2001/2002, it was the first group in Vienna to bring out its own productions of Händel’s operas. The company contributed in the field of contemporary music to the phenomenon of globalization by bringing works of composers of African-American, Indian or Israeli origin to the stage. Most recently, it realized in 2012 Miss Donnithorne’s Maggot by Peter Maxwell Davies and Sucktion written by the American Anne LeBaron, two one-act plays in the chamber opera context that tragicomically deal with the fate of abandoned women.

Old and new are also combined at the Teatro Barocco based in Altenburg, which presents contemporary plays alongside Austrian opera rarities of the 18th century and thus even conquered the venerable Musikverein: just recently it premiered the music theatre The Original Chinese Conjuror by the Chinese-British composer Raymond Yiu (director: Bernd Roger Bienert). This presented an example of a playful, quote heavy, jazz and vaudeville inspired postmodern music theatre, which has been receiving little attention in this country, but has a strong reputation in the English-speaking realm. Compared to the Teatro Barocco, which was just started last year, the Neue Oper Wien has been able to establish itself over 20 years. Under the artistic direction of Walter Kobéra, the group not only concentrates on the latest genres, but also on the maintenance of classical modernism, and thus represents a counterbalance to the established opera stages on which the music theatre of the 20th century has been mostly absent. With scenic premieres of Britten’s Billy Budd and Lachenmann’s Mädchen mit den Schwefelhölzern, the group was able to set new trends in the local music scene. When the Salzburg Festival and Wien Modern dedicated a core theme to Friedrich Cerha on the occasion of his 85th birthday, the Neue Oper Wien was the only Austrian opera institution to honour him with the scenic work Baal. At the festival Osterklang, the group recently realized two one-act “church parables” by Benjamin Britten in a scenic and exemplary manner.

Just as the Neue Oper Wien, the Vienna Taschenoper is steeped in tradition and dedicated to the classics of contemporary music, which tends to be sidelined in the conventional repertory. However, there wouldn’t be any classics, if someone hadn’t risked something new – and thus the Taschenoper has been expanding the repertoire well beyond the usual boundaries for almost 15 years. In July 2013, the small opera company presented the reproduction of Michaels Reise, an extract from Stockhausen’s 29-hour work of art named Licht. In addition, starting in November 2013, the company will pick up the challenge of giving the youngest generation access to the world of contemporary music with the production of Der kleine Harlekin.

While ensembles such as the Taschenoper or the Neue Oper Wien strive to realize and mediate existing works, other groups are busy creating genuine pieces of text, music and scene, without referring to predefined scores. This applies to the Neue Wiener Musiktheater, which was founded in 1999 and launched a lovely winking memorial for the sunken, multicultural world of Bukovina with the production Die Reise nach Alt-Mamajestie oder Der beste Witz ist Czernowitz. The holistic approach of its artistic director Alexander Kukelka entails that the functions of composer, scriptwriter and director are all in one hand, while often also overseeing the musical direction from the piano.

The fact that Kukelka also composes film music next to the theatre work and updates the Viennese Singspiel-tradition in the form of numerous Nestroy settings, is symptomatic for an approach to music theatre that is far from the clean separation between “serious” and “entertainment” music, “applied” and “absolute” music. The group ZOON is another music theatre that does not use finished works as a starting point, but rather takes on tangible issues of mostly contemporary and political sensitivity. To musically illustrate its productions, the initiative under the direction of Thomas Desi often refers to already existing music, which has an associative relation to the story. Thus, the plays Das dritte Reich des Traumes, which premiered in June 2013, Wagner’s Rienzi und Mozart’s Zauberflöte serve as a dramatic allegory for the opera-ness of the Nazi megalomania. One of the most radical among the independent music theatre groups is Oper unterwegs. Founded by Helga Utz in 2009, the venture drives one of the fundamental principles of the independent scene to the top: namely, to not to play at those cultural institutions that neatly separate “culture” from “life”, but rather operate in the public space, where the event directly affects the living environment of the recipients. An example for such a meeting place could be a swimming pool, as used in the production Flaschenpost, an implementation of Georges Aperghis’ experimental vocal score Récitation, or a train carriage, as in the Bachmann adaptation Undine geht with music by Olga Neuwirth. While Oper unterwegs aims at a systematic interrogation of present living circumstances, the sirene opera theatre positions itself on a smaller scale – firstly in a figurative sense, since Jury Everhartz and Kristine Tornquist are not interested in reinventing the wheel, but rather in returning to the entertaining function of music theatre. Secondly, also in the literal sense – under the name “Operellen”, a whole series of short operas presented at once. The chamber opera Marie Luise (music: Gernot Schedlberger) also approaches the mythologising tendencies in the opera business with ironic reflections. The success of this concept is proven by the fact that sirene will present the production GATES/Gäste! at the ISCM World Music Days in November 2013. Also committed to the small form is the initiative Mupath, which realized its first project in 2011 with Vogel Herzog Idiot. In collaboration with sirene and the Theater an der Wien, the young production platform presented three mini-operas in which bass-baritone and Mupath co-founder Rupert Bergmann was able to fully demonstrate his comedic skills.

The independent Wiener Musiktheater made a strong stand in September 2012 with the event “Die 13”. Situated in a bread factory for two evenings, 13 independent music theatre groups presented a selection of their latest creations and thus demonstrated the diversity and vitality of the scene, set apart from fixed venues and structures. Contributions were also made by the ensemble Phace, which was originally founded as a purely instrumental group and then later found its way to the music theatre. Phace is now one of the most important Austrian groups in the field of contemporary music, with a résumé of numerous work commissions and its own cycle at the Konzerthaus Wien. In recent years, the activities of the ensemble have become more and more determined by interdisciplinary aspects. Instead of being limited to the reproduction of instrumental compositions within traditional concert settings, the ensemble has been increasingly using current media opportunities for electronic sound generation and the integration of cinematic and theatrical elements. This approach was displayed on the 24th of May in the Konzerthaus as part of a co-production with the Kabinetttheater under the title “Kantrimiusik”. Once again it dealt with the question of what the connection between music and theatre consists of or what it could it consist of. In the great opera houses, where they unwaveringly cling to their core repertoire, the question seems to answer itself. Beyond that, the boundaries between opera and vaudeville. scenic concert and installation, musical accompanied storytelling and multimedia happenings have been blurred. Therefore, the meeting of music and theatre remains area of tension, which is a constant subject to change, and forms the fertile soil of inexhaustible explorations and discussions. What is music theatre? There are at least 13 good answers to this question…