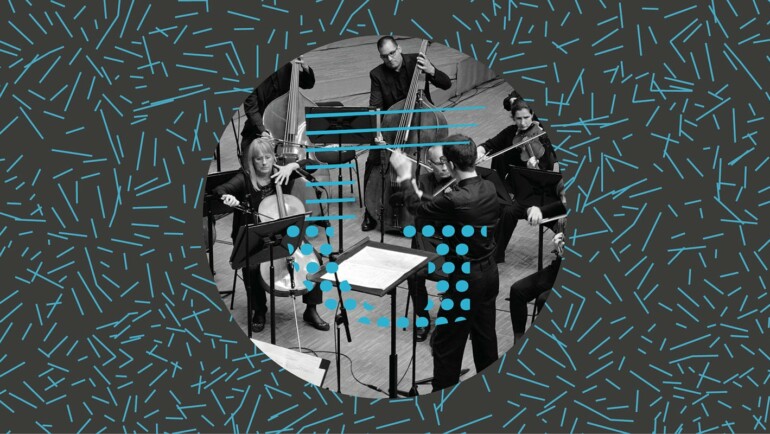 A central pillar of the annual Grafenegg Festival is the Composer in Residence programme, which every year shines a light on an eminent composer of contemporary music. During their stay in Grafenegg, the distinguished composers premiere their own works, but are also there to give advice and support to young colleagues in the workshop: INK STILL WET, in March and August 2023.

2023 sees the 13th edition of the Ink Still Wet composer conductor-workshop. The aim of the workshop is to create a platform for young composers and to promote a unique creative exchange between audiences, composers and performing musicians.

Led by the Composer in Residence of the Grafenegg Festival, the intention of the Ink Still Wet Workshop is to provide impulses for the creation of new works for orchestra. In addition, the workshop offers the opportunity to rehearse and perform an own work with a professional orchestra. Thus, also gaining a new perspective on one’s own work. The participants’ works will be presented to the public in the workshop’s closing concert as part of the Grafenegg Festival.

Previous years have shown how important and multi-layered these workshops are for the young composers. What has only existed in their head or on paper is now tested in the exchange between the performing musicians and its performance on a major concert platform. Do the imagined sounds pass the trial run, or do they need to be revised? Is there a better way to notate one or another musical idea? Or, more fundamentally: as a young composer, how do you approach a long-established professional orchestra, and how do you explain or, when necessary, defend your musical ideas?

Ink Still Wet provides insights into all phases of an exciting work- and rehearsal-process. Both the concert of Ink Still Wet as well as all the workshops are open and free of charge for an interested audience.

The 17th Grafenegg Festival will take place from August 11 to September 3, 2023.

Philippe Manoury is regarded as one of the most important French composers, in addition to being a researcher and forerunner in the field of live electronics. Despite in-depth training as a pianist and composer–he was instructed by Max Deutsch (a student of Schoenberg’s) and Michel Philippot, among others–he considers himself to be self-taught. «The composition must be born from an inner longing, and requires no preconditions.» Accordingly, he began his first compositional experiments on his own in parallel to his first lessons in music, and, at the age of 19, his works were already being performed at major festivals for new music. His breakthrough culminated with the premiere of his piano piece Cryptophonos in 1974, interpreted by Claude Helffer.

Following two years of teaching at Brazilian universities, his compositional interest in mathematical models brought Philippe Manoury to the Paris Institut de Recherche et Coordination Acoustique/Musique (IRCAM). He worked there from 1981 together with the mathematician Miller Puckette on a programming language for interactive live electronics (very well-known today under the name MAX-MSP). Between 1987 and 1991, he composed Sonus ex machina, a cycle focusing on the real-time interaction between acoustic instruments and computer-generated sounds–a topic that continues to influence his artistic work and theoretical texts.

The Ink Still Wet workshop is led by Philippe Manoury, Composer in Residence of the Grafenegg Festival 2023.

The workshop will be accompanied by the Tonkünstler Orchestra, one of the orchestras in residence of the Grafenegg Festival.

Composer and conductor Brad Lubman will work as conducting coach with the participants.

The workshop takes place in two work phases. Part 1 of the workshop allows the participating composers the opportunity to work on and complete their work with the workshop leader and section leaders of the Orchestra. In Part 2, taking place during the Grafenegg Festival, the workshop’s focus is on the preparation of the world premiere: participants will have the unique opportunity to rehearse their own compositions as conductors with the Tonkünstler Orchestra and present their works in concert.

Philippe Manoury and Brad Lubman work with the participating composers on the fine-tuning of their works and support them in the preparation of conducting their pieces. The experience of performing one’s own composition from the conductor’s desk allows to gain a new perspective on one’s own work. Overcoming possible barriers between composers and the musicians in charge of executing the piece as well as the promotion of creative exchange are at the heart of the workshop.

The compositions of all participating composers will be presented in a final concert in the Auditorium Grafenegg on 26 August 2023 at 3.30 pm.

WHO IS IT FOR?

Successful applicants will be highly talented young composers at the beginning of their professional careers with a keen interest in gaining a new perspective on their own work in the practical execution with orchestra and who want to get an insight into possible tensions between one’s own imagination of sound during the composition process and the actual sound experience in the concert hall.

The schedule will include daily rehearsals, Music Lab lectures and workshops, discussions, open rehearsals and other social gatherings.

Score analysis and working on the applicants’ compositions, workshop with section leaders of the Tonkünstler Orchestra as well as workshops on creating a professional score and working with publishers.

The 17th Grafenegg Festival will take place from August 11 to September 3, 2023.