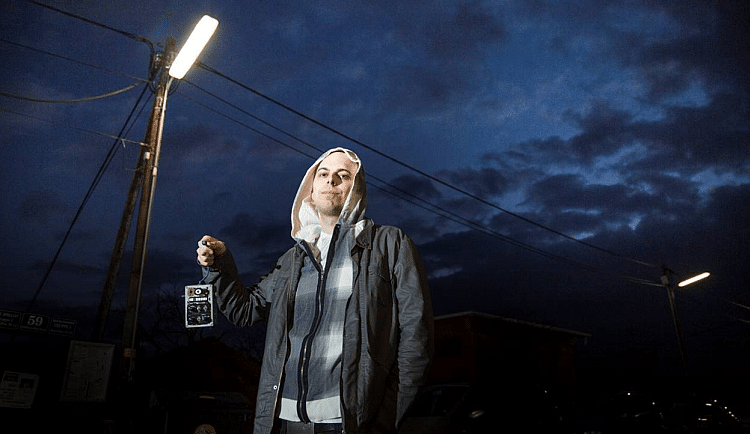 Getting out from behind a band and putting your own performance in the spotlight – that is exactly what Philipp Nykrin did with his most recent solo release “Songbook”.

Philipp Nykrin has a reputation as one of the most varied and busy pianists in Austria. His bands and projects include Namby Pamby Boy, Wire Resistance and SK Invitational. But on his new album, the musician from Salzburg once again takes on the role of a solo artist. Just him and his piano, some synths and sound experiments. These are basically the components that make up Philipp Nykrins album “Songbook”. Michael Ternai interviewed Philipp Nykrin for Austrian Music Export.

Your background is in jazz, but in the past you have worked with many different projects outside of that scene. On “Songbook” you are back on your own with the piano. Is this a return to your roots?

Philipp Nykrin: I wouldn’t say that. At least I don’t feel like this album is a return. The acoustic piano was, is and always has been a constant for me. On my last album “Wire Resistance” it was also in the foreground. In a band context, but still playing a central role. In the last year and a half I have also played smaller solo concerts. That’s what got me to start thinking more about a solo project.

It occurred to me during the first listen of your solo album that, contrary to your other projects, you took a very reductionist approach and that despite the acoustic reduction the music still sounds extremely diverse.

Philipp Nykrin: I just think that a certain reduction to simple harmonies on a solo piano can be a good thing. And yes, although the acoustic piano forms the primary acoustic theme on the album, the resulting sound of the pieces is very diverse. I spent a long time thinking about which term I could use to describe the style of the album. The result is the term “Contemporary Instrumental Songwriting”. I think that works quite well.

Philipp Nykrin: When I compose I try to develop a relatively simple idea and then get the most out of it. That is pretty much how all of the pieces came to be. On “Final Boss” with Marin Eberle on trumpet for example, I used a nine bar synthesiser loop as the base. One that was the result of experimentation. I then wrote the piece around that.

Your album is also stylistically diverse.

Philipp Nykrin: Yes, the pieces are very different in style. “Home” for example sounds like classical folksy American songwriting. For “Das Leben anderer Leute” with Fiva, on the other hand, I drew on elements from contemporary pop. Not with the use of synthesisers or other electronic aids, just with an acoustic but modified piano. And then there are the relatively freestyle pieces which are defined by rather simple harmonies. Every piece has its own basic idea, its own sound, its own essence.

GETTING BETTER ALL THE TIME

Do you have the feeling that you accomplished what you always wanted to musically on this album?

Philipp Nykrin: I think that that is what I have always tried to do. But thankfully we all get better at what we do over time. What I don’t like, is when pieces are piecemeal and the segments just feel stacked on top of each other. I have the feeling that happens a lot in jazz. That the people don’t spend enough time thinking about what they really wanted to say with the pieces.

“Songbook” was released in a relatively short period of time. Does it put pressure on you when you have so little time?

Philipp Nykrin: A certain tension builds up, that is clear. In this situation I just asked myself “Am I going to do this now or not?”. I was pretty busy with Namby Pamby Boy and my other projects. We played a lot of concerts and there were recordings that just needed to get done. You always wish for more time with productions like this. But I am very satisfied with the results, I am lucky that I can compose pretty quickly when I have to. On this album I just started composing and then looked at the results, how the individual things would fit on the album and which things I could still try. This workflow also sparked the idea to work with the various soloists – I just had the feeling that an extra soloist would be good for some of the pieces.