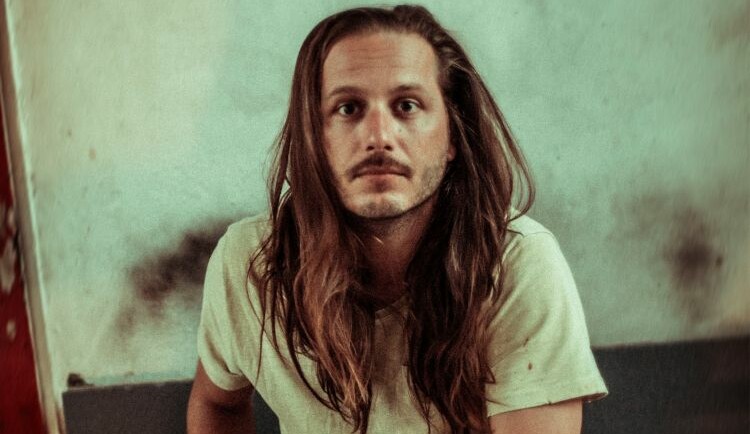 BERNHARD KAUFMANN started as a trumpeter in the Austrian band GUADALAJARA. He has long since moved behind the scenes of the music business and works as a manager, booker and label operator for KARMARAMA. In a conversation with Jürgen Plank, KAUFMANN, who originally comes from Styria, tells us what mistakes he, as a manager, aims to help young bands avoid, what his life’s dream is and how he sees the future of the music industry.

You were and are very active. You made music, now work as a booker and also run the label “Karmarama”. What qualities should a music worker have?

Bernhard Kaufmann: You should be passionate. You have to put a lot of heart into it if you want to move something, and take a deep breath when you try to push music.

Is there another favourable quality?

Bernhard Kaufmann: That depends on the perspective. If you’re someone who says: “I love indie music, I only do that and I try to push indie music“, then that’s a different approach to me. For example, I say: “It’s important to me that I understand the artists. It doesn’t always have to fit my personal taste in music“. I’m more interested in the music market and the economic side. And I’m interested in where the artists position themselves, where they want to go and how I can get them there. The rest is a lot of experience and an assessment of what can work. Accordingly, you should definitely be eager to experiment and it can’t hurt to have a back-up, because it’s sometimes financially intensive in the beginning to build up an artist.

“I ONLY TAKE STEPS WHEN I HAVE BUILT EVERYTHING ON ALL OTHER LEVELS IN SUCH A WAY THAT IT CAN WORK.”

You played in the band Guadalajara. What have you taken from your active time into the present phase?

Bernhard Kaufmann: At the end of the 1990s and the beginning of the 2000s, I was convinced that you had to play live a lot in order to win your audience. We did the same, we played 500 concerts in 18 countries during the time I was there. We tried everything possible live. Besides beautiful experiences there were also many frustrating experiences. Some of the concerts were rather poorly attended when we played in Poland or Latvia. That was absolutely an experience finance-wise. We played for 100 Euros and we didn’t care where we slept.

What is a memory you have of this time?

Bernhard Kaufmann: I can remember a tour where we slept in the tour bus nine out of fourteen days. There were nine of us. That was a cool time and I’m glad I went through it, but I always thought that if I were ever going to do management, I’d try to save the artists from the mistake of trying to conquer foreign markets where nothing actually happens and where nobody knows you. It’s very important for me to recognise where are right now. I only take steps when I have built everything up on all other levels in such a way that it can work. Otherwise, it’s relatively pointless to drive around and play without a plan. That might work in the realm of world music, but in pop everything depends on being noticed.

What parameters do you look at when estimating where a band is at the moment?

Bernhard Kaufmann: I look at the social media figures and live. Where do these streams come from? Where do the fans come from? On Spotify you can see exactly how many listeners you have in which city. On YouTube you can see in the comments where the listeners come from. I’ve now focused on the German-speaking market because it’s the easiest. They all speak the same language and I now have some German-Austrian acts. I also see it in sales. However, sales don’t always reflect well where something works. For example, I sold maybe 30 albums in Switzerland yet there are 300 people at a concert. Somehow you have to have a constant overview of where things work well and where you have to do more. Where could you try to start? And where could you start small experiments in other countries, which tend to remain experiments?

“MANY PEOPLE WANT TO BE SOMETHING, WHEN THEY ARE NOT.”

Authenticity is important for every band, every artist. How do you guide a band in this direction?

Bernhard Kaufmann: As a manager, I have no influence over authenticity. Either someone is authentic and authentically represents what she or he does to the outside world, or someone is not. Many people try to be someone they are not. But they don’t see that. As a manager you can help by showing the artist what the image looks like to others. In other words, you can be a mirror for the artists. Perhaps the artist will then recognise himself or herself better. But that comes deep from the artist himself or herself.

Is there a specific band you remember, that had good songs and played well live yet still failed?

Bernhard Kaufmann: Let’s be honest: 99 percent of the stories are like this. Even with my own band it was like that back then. We were skateboarding kids who at some point got their hands on CDs from America and thought: “We want to create a ska-punk band“. We always thought that we could tour all over the world. But you also have to admit that this is American music, which has no European or Austrian flavour. I never understood that before, when someone explained to me: “You are from Austria, people want an accordion or something like that, and then you can let the flow into it. For example, I’ve seen the band Impala Ray from Munich playing with a dulcimer and a tuba creating the bass line. Attwenger understood that well and they were invited to international festivals because they encompass elements from our culture.

You are very active, besides management you also make videos with the bands. What do you like to do best?

Bernhard Kaufmann: Assess the status quo and see what to reach for next and go from there. I try to visualise whether plans might work. And when my mind tells me, “yes”, the only question is which way you choose. I find that very exciting. Whether it works through albums or EPs, the direction varies from artist to artist. I do enjoy it a lot to assess and to define target groups and to figure out how you can reach them. If the music is complex you can create access through a video that you watch three times before entirely understanding the song..

“I AM VERY HAPPY TO BE BEHIND THE SCENES”

Are you going to make your own music again?

Bernhard Kaufmann: No. I am very happy to be behind the scenes. I was never a good musician, for me the trumpet was a chance to get on a stage. I have written a novel that’s still lying in a drawer. I would be interested in publishing a book and do some reading at some point. This is perhaps my own personal dream.

Last year, in 2018, for the first time in Austria, streaming sales were higher than record sales. How do you estimate the development over the next five to ten years? Will there soon only be streaming?

Bernhard Kaufmann: Yes. Apple is now turning off the classic iTunes store. There will be no more digital sales. For years there have been problems with the sale of CDs. Even in the last strongholds like Schlager music people are getting older and the next generation is also growing up with mobile phones. It will not be long until we have 70 or 80 percent. From this point of view it will be exciting: You will always have the opportunity to remind your audience of your music through postings. If they like it, then they will stream the music again and again.

[Translated from the German original by Elisabeth Kelvin, 2019]