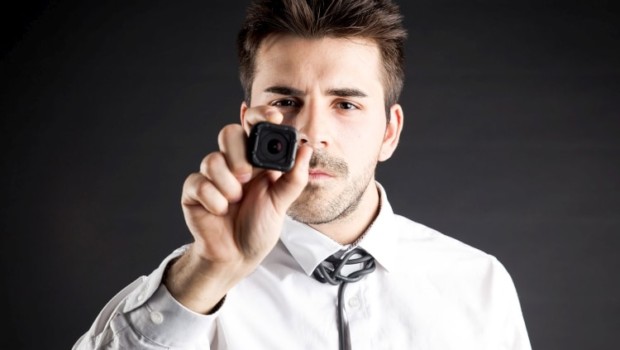 ÓSCAR ESCUDERO is a musician, composer, multimedia artist and performer. He was born in 1992 in Alcázar de San Juan, a small town in the La Mancha region. Óscar Escudero followed his heart to Vienna, where he has been living and working for a year now. His latest work, the sound installation “Dal Cuore – von Herzen” was commissioned for the Festival 4020 in the Brucknerhaus Linz. His multimedia work “[OST] (Original Soundtrack)” was selected for the Austrian Focus at the Operadagen Rotterdam in cooperation with the Musiktheatertage Wien. In an interview with Miriam Damev, the digital native talks about the connections between different worlds and how he deals with them.

“I WANT TO HEAR MY BLOOD RUSHING THROUGH MY BODY”

When did the love story between you and Vienna start?

Óscar Escudero: Vienna was the first city I visited outside of Spain. I was 14 and had just started studying music when my mother surprised me with a trip to Vienna. We visited all the musical sights of the city, from the composers’ apartments to the concert halls to the graves of the central cemetery. A year ago I came back. I have been living in Hetzendorf for a year now. Vienna is the ideal place to work, because the city inspires me and gives me peace at the same time. When I want to log off for a bit, I simply go to the Lainzer Tiergarten or Schönbrunn. I also like the German language and I enjoy learning new words every day. I find it inspiring to move outside of my own comfort zone.

What were your first encounters with music?

Óscar Escudero: My grandfather had a huge record collection. He loved classical music and owned over 1,000 records. We spent a lot of time together and listened to music. At the time, I was fascinated by the idea that there was an infinitely wide field opening up in front of me that I could explore and play with. When I was eleven, I started composing small pieces and learning oboe.

How would you describe your first compositions?

Óscar Escudero: Definitely unplayable [laughs]. When I was 16, four friends and I founded a string quartet with oboe. Because there were no compositions for this instrumentation, I took over the writing. Every Saturday we met for rehearsals and also played concerts.

Were those classically notated scores?

Óscar Escudero: Yes, but even then I tried to include different concepts. For example, at one of our gigs there was a graphic designer who transferred abstract drawings to the computer to accompany the music, which were then projected live. A great experience that inspired me to work with all kinds of artists. I realized that the different codes could be linked together. I have been looking at music differently ever since

“I SEE MUSIC MORE AS PART OF A GESAMTKUNSTWERK”

How exactly do you think music?

Óscar Escudero: I see music more as part of a Gesamtkunstwerk, where words, facial expressions, light, music and sounds, colours, costumes and choreography play a role. In 2013, I worked on the piece “The Landscape of Shadow and Forgiveness” which is about Alzheimer’s disease. My grandmother, who was very close to me, died of Alzheimer’s and I witnessed her memory and perception slowly changing. That’s what I wanted to reproduce musically. In my works I also incorporate ideas from various fields such as philosophy, sociology or media theory, but also from other fields such as video and visual art.

The virtual space plays an essential role in your work. Your favourite instrument is the computer.

Óscar Escudero: It is a reality that a big part of our lives take place on the Internet. Musical codes with which we identified in the past no longer apply today. In the baroque era, people knew exactly what a basso continuo was and what the theory of affect meant. Today we live in a time of diversity. Some speak of a crisis of Western civilization. There are no conventions and no uniform style. The borders are fluid.

Are you a heavy user?

Óscar Escudero: I grew up with it. Today, the virtual world and social networks are part of our reality. I let them flow into my work.

Óscar Escudero: We use Facebook as a platform for self-expression. At the same time, it represents an area of space and time that has nothing to do with our real lives. I’m thinking, for example, of the profiles of dead people. We virtually meet a person and scroll through their life even though they are no longer there.

How do you cope with this wealth of information?

Óscar Escudero: I want to decode codes. The Facebook user profiles are extremely user-friendly at first glance. But if you take a closer look, they are full of conflicts and contrasts. As a community we try to find ways to understand who we really are and what happens to our lives – in the midst of the chaos that surrounds us.

Does the real, the haptic, the spiritual even get a room anymore?

Óscar Escudero: Of course! The great topics of humanity such as the search for identity, love and death is something all of us deal with, whether it is online or not. This is where the extreme consequences of virtual reality manifest themselves. How do we understand love and friendship today? How do we express feelings or political views? How do we deal with our own biography? What is real, what is virtual and what is fake? I see myself as a human being on stage interacting with the digital media that have significantly changed our lives in recent years. How do we deal with them in real life, in the virtual and in artistic concepts?

“I WANT TO SHOW THAT A SINGLE NOTE, A SOUND, A PICTURE OR A MOVEMENT CAN TOUCH AND INSPIRE.”

What do you want to achieve with your work?

Óscar Escudero: I want to show that a single sound, a sound, a picture or a movement can touch and inspire. I want to amaze the audience and make them curious. This can be done through physical and sensual perception, through one’s own experimentation with sounds, or through interdisciplinary approaches.

Like in “[OST] (Original Soundtrack)”, which was created as part of the “Flat Time Trilogy” …

Óscar Escudero: That was the first joint work with the Spanish artist Belenish Moreno-Gil. It was created for a musician, virtual reality headset, video and electronics. We worked out everything together, the dramaturgy, the light, the lyrics, the choreography and the music. I stood on stage as a performer and conducted a dialogue with myself with the futuristic technology on my head. With the means of simultaneous media use, the experience of time and space in the sign of cross reality, a technology in which the real is mixed with a virtual reality, is explored.

The commissioned composition “Dal Cuore” was created for the Linz Festival 4020. What is it about?

Óscar Escudero: Based on recordings using contact microphones on their own heart sounds, I developed a sound installation together with students of the Music NMS Harbach. The children receive an audio score with all the different sounds from our bodies played on their mobile phones, which they listen to via headphones whilst improvising on their instruments. The audience in turn sees the translation of what they cannot hear: the heartbeat, the blood, digestive noises, amplified neuronal noises or the breath. I first visited a cardiologist three years ago and was shocked to hear how my heart beats and my blood rushes through my body. We often have no idea about the things closest to us. Exploring the obvious is an essential part of my work.

Miriam Damev – translated from the German by Dave Dempsey.