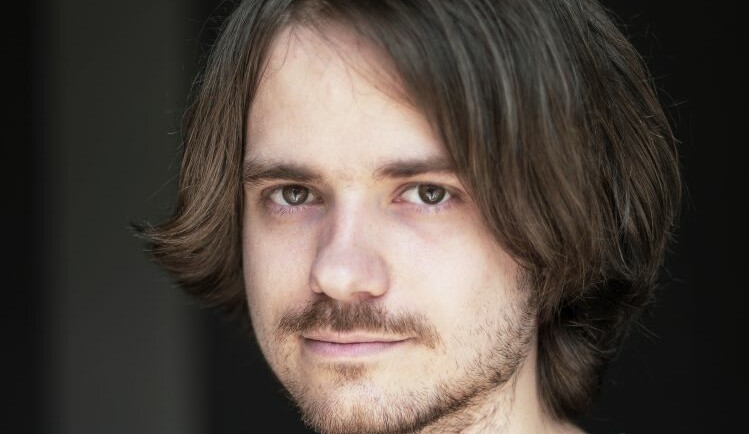 “The first months were tough, she screamed a lot. But in the meantime it’s great”, says CHRISTOF RESSI. The composer, computer musician and young father is grinning into his laptop camera. His daughter was born a year ago. Since then, a lot has changed in the life of the Carinthian-born composer. “It’s never going to get any worse”, he says – but only jokingly. He quickly found his way into the role of fatherhood nevertheless. During the day he works in his studio in Graz, five minutes from his flat. “That’s great, I can quickly go over and do something. If my daughter needs me, I’m there.” Afterthought: “Separate spaces are quite cool”.

Christof Ressi is the winner of the Erste Bank Composition Award 2021 which is awarded as part of the festival Wien Modern. That he, of all people, should receive this award was a surprise to him. “After all, I have not been quite that present on the new music scene lately, as I was concentrating more on computer music and programming software”, says Ressi. In addition, he says, there’s “game over” – a project he is running with his musician colleague Szilárd Benes, implementing it in different versions. Without any specifications, yet with stylistic freedom. No wonder he says about himself: “I’m not a normal composer of new music”.

Ressi was born in 1989 and attended music school in Hermagor, two kilometres from his home town of Rading. He learned violoncello and piano, but soon started strumming the electric guitar. After graduating from high school, he moved to Graz where he studied classical composition with Gerd Kühr and jazz with Edward Partyka. In 2018, he also completed a master’s degree in computer music. In the meantime, the media artist is working on his doctorate at the Anton Bruckner Private University in Linz, the subject being the use of computer game environments as a composing tool.

The fact that he is currently focusing on the art of transition, and on shifting between musical motifs, is related to his composition award. As to the work “short stories”, which is having its premiere at Wien Modern in collaboration with Klangforum Wien, questions finally arise that he wants to lay out to the audience: Where can a transition in music lead to? And how does one get out of a motivic situation in which one finds oneself?

“Humour is important in my works”, Ressi says. Seeing how the audience reacts is something he loves – whether people are shaking their heads or laughing. “There have been concerts where some people have suppressed their laughter because they thought they weren’t allowed to laugh in the context of the concert”. Ressi chuckles: “At some point, however, it becomes too much even for serious people – and laughter bursts out loud”. Tracks like “GIF Frenzy” deliberately work with pop-culture banter, but never with musical jokes. After all, he is not a stand-up comedian, Ressi insists: “I don’t have to provide laughter at certain moments, I do things that I find to be funny and absurd, myself, or that move me. Then I know, these things will get the audience”.

The fact that computer music often enters his work as a composer, and mingles with borrowings from a bygone pop culture, has its roots in childhood. As a child of the early nineties, he grew up with Gameboys, DOS and Windows 95. Whole afternoons, he says, were spent tinkering with roller coasters in Rollercoaster Tycoon. “That’s my socialisation”, he says. And, “Some projects are naturally indebted to that video game aesthetic”. The references may be obvious in works like “game over”, in others Ressi processes them in a more subtle way. This is something like a pseudo-memory, he says. “A time gone by is evoked that never existed in reality”, says the composer, proving to be a fan of Vaporwave.

This is a music genre that emerged on the internet in the early 2010’s and that is closely linked to meme culture. People slow down pop songs from the 80s, bathe them in reverb and, in combination with certain images, create mood music that sounds more like the eighties than the eighties ever did. You can actually find certain borrowings of that genre in his music, Ressi says. However, he does not want to wallow in nostalgia despite the references to the past in his projects. It’s about people being able to perceive a space of possibilities. “In doing so, I draw on certain tropes that can also be understood by people who don’t know the phenomenon“.

Christof Ressi is delighted that he’s playing with people’s cultural memory, because by doing so he can disappoint expectations, he says. Absolute music therefore is of little concern to him. “I’m interested in the cultural burden of sounds”, an approach in which he’s experimenting with existing styles in “short stories”, but is detaching them from their contexts, subtracting them from their history and rearranging them. In surrealism, he recognises the template for his thoughts on making incompatible realities appear to be compatible. “Not so much with direct quotations,” the composer assures us, “but with many stylistic ones that I combine and make into a collage”.

In doing so, he’s looking for motifs that are quite charged because they depict musical material of the past. Something Adorno disparagingly called sedimented history. But while the late twelve-tone music lover and entertainment grouch assumed that a certain kind of music should no longer be played, Ressi comes to the opposite conclusion: “Precisely because the music is charged with the past, it must be used”. “short stories” thus becomes a meta-commentary on music history that picks up fragments of the past in order to reassemble them.

This destructive character should also be understood as an appeal to the intellectual capacities of the audience, says Ressi. After all, “short stories” moves between predictability and the impossibility thereof. “It has a certain appeal of uncertainty and adventure”. In all the chaos one can always discover some kind of logic, and for every single transition, there’s an idea. “Nothing ever happens in the piece without a reason,” Ressi says, adding, “You can get more out of it if you think while you are listening”. For that, he says, you have to actively engage, not just passively endure. The risk of failure is therefore inscribed in the piece; perfectionism should not be given too much credit.

Despite or perhaps because of the open-ended outcome, Ressi carries a feeling of fear. “Some parts are not that easy to play,” he says. Especially in instrumental music, while composing a piece you never know how it will actually sound anyway. “Did you compose it well yourself? Can the musicians play it well? These are all questions that make you curious, but also a bit nervous”. He’s not worried about the Klangforum, he says with an emphasis. They know what they are doing. “I’m not so sure about that as regards myself”, Ressi grins and runs his fingers through his hair. You can tell he’s going for an understatement. It comes across as a likeable one because you are buying it. In the end, however, the composer’s heartbeat is stronger: “It’s a hellish work and I often ask myself why I’m going through so much trouble. But I don’t want to rely on a formula, as I’m having too much fun making experiments.”