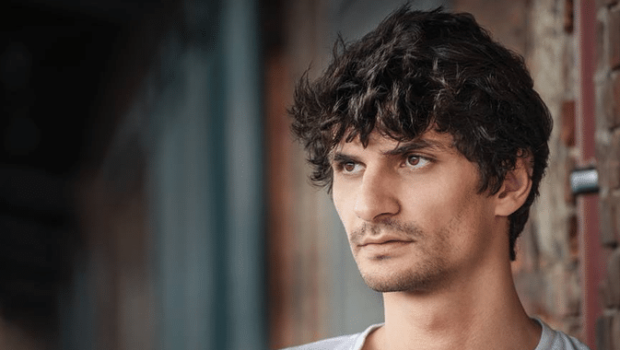 Although the dull winter in Austria currently seems to be a never ending story, the Austro-American artist James Hersey is here to save the day with his feel-good debut album “Clarity”, which will be released on February 27, 2015.

BETWEEN POP AND ELECTRO

Pigeonholing artists is always hard and roughly generalizing James Hersey’s music as “electro-pop” would not quite hit the mark. Although electric and acoustic guitars and drums play the dominant roles on his new album “Clarity”, the electronic music aspect only plays a minor role in his music and is sometimes used to reinforce an emotional element or to create a playful atmosphere.

As mentioned above, the album is packed with feel-good music, full of vivid melodies, playful lyrics and the strummings of a cheerful guitar. The opener is true to its title “Don’t Say Maybe” and immediately commits the listener to a musical introduction that slowly leads to the artist’s voice.

Right from the start, it becomes pretty clear that James Hersey likes to play with tempo changes and switch between fast choruses and slow verses – or vice versa. This does not only apply for the instrumentation, but also for his singing, where he savors the pronunciation of individual words and sometimes sings them faster and at other times more relaxed. You get the feeling as if James Hersey is constantly switching gears between fast forward and slow motion. In reality the trasitions are not as severe as metioned above, but the album gets a very homogeneous feel with this idiosyncrasy.

The change of pace is particularly pronounced in the songs “Dreamcatcher” and “Let Go”. The track “Dreamcatcher” is characterized by a fast sung verse and a slower chorus. With Hersey’s extremely clear and distinct intonation, it is very easy for the listener to follow the lyrics. Since the voice is strongly pronounced in the foreground and accompanied by driving drums, the track sounds like a great rock song. “Let Go”, on the other hand, takes its inspirations from R’n’B, with supporting beats and James Hersey’s vocal raps.

One of the strongest songs on the album is “If You Love Me”. With its howling guitars and the pleasantly desperate chorus, James Hersey shows that he has a true knack for catchy melodies and harmonious instrumentation. The multi-talented musician not only plays all the instruments and writes the songs himself, he also produces the music himself. All his artistry and savvy skills have come together to create the new album “Clarity”.