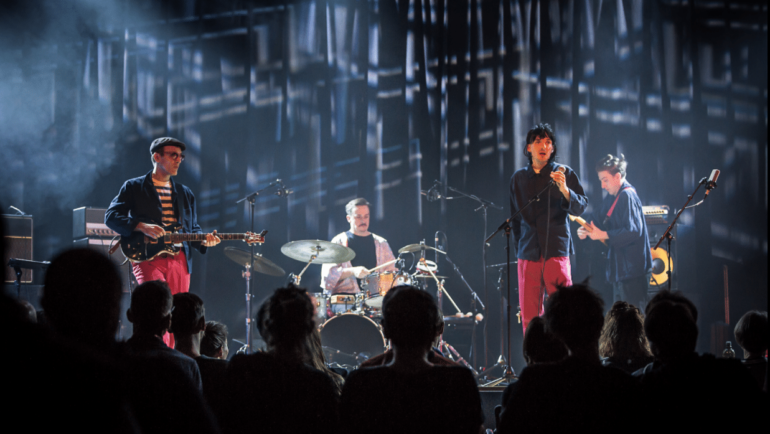 Every year in April, jazzahead! turns Bremen into the most important meeting place for the international jazz scene. This year’s fair will happen in digital form only, from April 29th to May 2nd. The trade fair will also feature an integrated showcase festival. Approximately 40 bands from 18 countries will hit the stage. From Austria, the fresh and renowned quartet Synesthetic 4 will be part of the showcase program. Their performance will be streamed online. In addition, The True Harry Nulz, a band that merges the trio Edi Nulz, founded in Graz, Austria, with the Swiss formation The Great Harry Hillman will be presented by jazzahead! and International Jazz Day Germany.

The 10th anniversary of the festival will be celebrated on five days and with a program that, despite the pandemic and uncertainties, celebrates music and culture. What is special this year is that the festival will not focus thematically on one partner country; however, they will mainly present artists from Germany in the program. Especially in these times, it is important to set an example for the local and national culture and music scene. The program will take place entirely digitally.

The showcase selection from the year 2020 will be carried over into 2021. 32 bands from Germany, Europe and overseas are invited to produce their showcase concert live. Due to the current circumstances, the showcase will appear as an integrated concert into the live stream of the digital jazzahead! program. The live stream will initially only be available to registered professional participants and exhibitors, but the general public will also have the opportunity to listen to the concerts after a time delay.

Synesthetic 4 values dynamic precision with an inimitable narrative touch. Its repertoire ranges from melodious to manic and includes a wide variety of off-color tonal shades. The driving force behind this formation is renowned clarinetist Vincent Pongracz, who has been blending jazz and hip-hop with the Synesthetic Octet for many years, employing the tropes of New Music and Dadaist zaniness. Largely foregoing musical ornamentation, Synesthetic 4 is far less eclectic in its approach than the octet. Audiences are in for a compelling experience where musical reduction is amped up to the max.

“…fresh and new compositions of Vincent Pongracz with adorable melodies, remarkable references and grooves, create a cinema for the mind. Like magic it paints a smile into the faces of the audience. It’s fun to watch these 4 musicians perform.” (Austrian Sounds)

The attraction lies in the doubling of the instruments, resulting in a kind of “orchestral nirvana jazz”, performed with a lot of mutual respect, fire and group consciousness. The instrumentation of two bass clarinets/saxophones, two guitars, two drums and an electric bass promises sophisticated arrangements, unison stereo effects and improvisational outbursts. Both bands contribute music composed especially for the septet. The band was founded in 2017 and won the Swiss “BeJazz Transnational” competition for transnational formations.

From April 29th to May 2nd, the jazz world will come together digitally to network, exchange ideas, attend conferences and panels, and experience showcase bands in its global and professional digital platform. Exciting content relevant for the jazz scene are part of the program as well as one-on-one discussions and meetings in larger groups. The implementation via a professional platform will make it possible for exhibitors and professional participants to take part. The jazzahead! digital aims to provide the best possible professional conditions for exchange within the international scene and the participants, despite the pandemic, in keeping with the motto “close together from afar”.

Austria has been represented at the fair since the beginning. In 2021, the Austrian stand will be organized by AUSSENWIRTSCHAFT AUSTRIA again.

The digital booth will be online 10am to 5pm throughout the whole fair and will connect you with Austrian companies. Stay tuned for announcements on the digital marketplace!