Iceland Airwaves is a popular music festival in Reykjavík, Iceland, that has emerged from a insiders’ tip to an acclaimed international event. The festival spans over five days (November 5 – 9) and mainly focuses on showcasing new bands, both Icelandic and international. For the performing bands the festival offers an excellent opportunity to possibly reach an international break-through, since there are many important representatives of the global music industry that travel to Reykjavík each year to discover new talents. Among the visitors are also jounalists of almost all major music magazines that report about the festival and feature their favorite performances.

Iceland Airwaves first started in 1999 as a onetime event in a hangar at Reykjavik airport. Due to the unexpected success, the event was repeated in the following years and soon turned into an annual five-day event that took place in various venues across the city. In 2007 the Iceland Airwaves was held in eight different locations and was completely sold out for the first time with 4150 visitors. This year, in 2014, the Austrian duo Klangkarussell will get the chance to showcase their talent at this unique festival in Iceland.
http://icelandairwaves.is 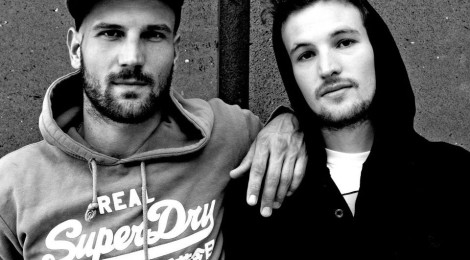 Klangkarussell, the band project of the Salzburg producer duo Tobias Rieser and Adrian Held, hardly needs any introduction. In 2012 their hit single “Sonnentanz” took the world by storm and brought Klangkarussell instant international fame. The single consistently ranked in the top of the charts of various European nations, including number 3 in England and number 1 in Holland. A feat that not many acts from Austria have been able to achieve. This year Klangkarussell released their highly anticipated debut album “Netzwerk” and have once again gained a tremendous amount of international buzz and critical acclaim, especially in the German-speaking realm.
http://www.klangkarussell.com