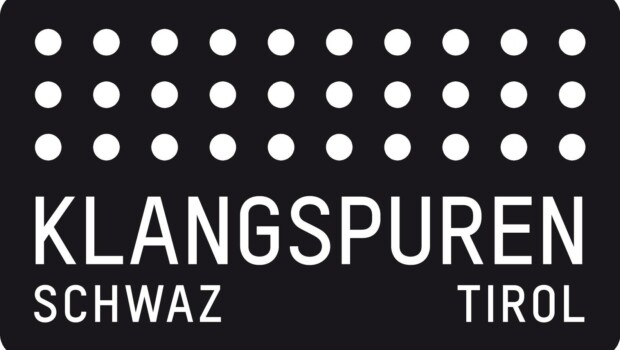 From September 10-26, 2021, the renowned KLANGSPUREN SCHWAZ – Tyrolean Festival of New Music is taking place in the village of Schwaz. This year’s festival theme is TRANSITIONS. Adriana Hölszky is Composer in Residence and Frank Gratkowski is Improvizer in Residence.

Transitions, as a concept, has many levels of meaning, and so it is no coincidence that it has been chosen to be the motto of Klangspuren Schwaz 2021. If there is one thing the pandemic has made painfully clear to us, it is that a continued relentless exploitation of nature and human beings will inevitably lead to new catastrophes. Shifting from a general to a purely musical level, this year’s programme should kindle the idea of fertile change, of constructive synergy between seemingly disparate elements, whether this be through bold combinations of various musical genres like rock and classical, through the integration of Arabic music into contemporary compositions, or through artistic transformations of everyday sounds and noises into electroacoustic works. Exciting diversity at its best!

In addition to all the international artists, there are as well, a great number of  Austrian composers and ensembles in this year’s program, including Alfredo Ovalles, oenm, Wolfgang Mitterer, Jorge Sánchez-Chiong, Ensemble PHACE, Georg Friedrich Haas, Peter Jakober, Beat Furrer, and Tyrolean Ensemble for New Music, among others.

Connection of the different

Already at the opening concert in Schwaz with the Tyrolean Symphony Orchestra Innsbruck conducted by Titus Engel (Sept. 10), different musical genres meet in two works commissioned by the festival: Jorge Sánchez-Chiong composed Caminando, a concerto for electric keyboard, percussion and African Batá drums, which also ended up in Cuba on the winding paths of slavery. In For Yaron!, on the other hand, Michael Wertmüller confronts the classical orchestra with a solo electric guitar, the instrument of rock music par excellence. The following day, Gerhard E. Winkler and Hossam Mahmoud reflect on the relationship between European and Oriental musical culture in commissioned works for the ensemble PHACE and an Arab trio around the Syrian ney player Mohamad Fityan (Sept. 11).

Exceptional diversity is also conveyed by the two Artists in Residence, the Romanian-German composer Adriana Hölszky and the Berlin-based improvisation artist Frank Gratkowski. Both will teach (starting Sept. 2) together with Ensemble Modern musicians at the International Ensemble Modern Academy (IEMA), culminating in the performance of Hölszky’s Tragödia (The Invisible Space) under the direction of Johannes Kalitzke (Sept. 12). An approximately sixty-minute ‘instrumental music theater’ that transcends genre boundaries by developing theatrical tension solely from within the music, even without singers. Frank Gratkowski, who not only improvises freely but also composes microtonal works, can already be heard at the pre-opening in a concert with the IEMA participants (09.09.).

This harmony of heterogeneity pervades the entire festival. Even during the three-day focus on Improv #1-#3 (16.09.-18.09.), genre boundaries are dissolved and fluctuating transitions between strictly notated and freely improvised music are developed. Exemplarily celebrated by the German-French ensemble]h[iatus: First, material of notated compositions is improvised, before the pieces are heard in the original, in order to create a sonic bridge to the next improvisation. The international septet skeïn around Frank Gratkowski operates in a similar way, integrating a composer as improviser with the British Richard Barrett. A double talent is also the Australian Anthony Pateras, who, in addition to an improv duo with the French tape artist Jérôme Noetinger, will also play a piano recital with an original composition lasting three quarters of an hour (Sept. 14). Finally, the program of this improv focus also includes a renowned interpreter of new music, pianist Tamara Stevanovich, who will improvise with a trio by Christian Lillinger.

Such heterogeneous moments will also play a weighty role in the annual sound hike (19.09.): Its title, Fluchtwege, indirectly refers to the much-discussed immigration movement of the present, but focuses more on the routes that Tyroleans themselves once had to take because they had been driven from their homeland. For example, the so-called “Zillertaler Inklinanten,” 19th century Tyrolean Protestants who were given the alternative by Emperor Ferdinand I in 1837 of either renouncing their faith or leaving the country – which is why Zillertaler farmhouses can still be found in Polish Silesia today. Accompanied by Zillertal folk music, experimental improvisations and Kurdish music, a small part of the 700-kilometer-long path of the expellees along the Wilder Kaiser will be symbolically walked. At the joint final concert in St. Johann, the improvisa-tion trio Gratkowski/Kaufmann/de Joode unites musicians of different ethnicities to sonically symbolize the importance of tolerant interaction with one another.

The Viennese Akusmonium (on September 24) performs sound mixtures of a completely different kind: based on analog tones, natural sounds or noises, the representatives of acousmatic music develop highly sensual works with the help of technology, in which the origin of the electronically alienated sounds can often no longer be traced. In addition to pioneers of electro-acoustic music, such as Edgard Varèse or Anestis Logothetis, contemporary artists such as Caroline Profanter, Antonia Manhartsberger or Bruno Strobl are also in the spotlight with new pieces. Thomas Gorbach, also represented with a new work, lets the electronic mixed sounds circle through the space by means of skilful multitrack technique and with the help of a fascinating loudspeaker orchestra.

Wolfgang Mitterer has developed a spectacular project for the large tennis hall of the city of Schwaz, in which very different Tyrolean musical groups come together: the Tyrolean Ensemble for New Music, the Stadtmusik Schwaz, the Silberstimmen of the Schwaz BORG, a children’s choir of the Paulinum Schwaz and the Familienmusik Waldauf. Oswald Sallaberger will premiere Mitterer’s approximately one-hour composition, spatialized by electronics (Sept. 25). A pleasurable event with performative interludes that will build connecting bridges, as the title of the new piece suggests, also between the various Tyrolean musical traditions, the supposedly elitist cosmos of new music and the audience. In the finale, Hossam Mahmoud also relies on the unifying power of music in his spiritual ensemble piece Innehalten (Pause), which is strikingly complemented by Klaus Huber’s …à l’âme de marcher sur ses pieds de soie…, in which the techniques of Arabic music are implemented on Western instruments. The waves smooth out and the horizon widens, as in Rens Veltman’s festival subject The Sea. A deliberately contemplative finale (on 26.09.), which in view of the crisis is intended to stimulate urgent thought processes about creative-communal action.

Check out the full program and secure your tickets on the festival website.