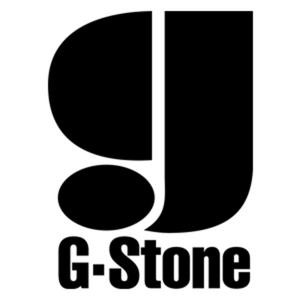 Hardly any other record company has been associated with the big Viennese electronic music hype of the nineties as much as the independent label G-Stone Recordings, founded in 1994 by the two music producers and DJs Richard Dorfmeister and Peter Kruder. At the time, there was hardly a CD-shelf where the now legendary “G-Stoned” EP by Kruder & Dorfmeister could not be found. G-Stone represents the beginning of an era of Austrian music history that received worldwide recognition for the whole Viennese electronic music scene.

With their label G-Stone, Richard Dorfmeister and Peter Kruder succeeded in what many other  Austrian artists can only dream of. They managed to establish an important brand, which is recognized worldwide. At the end of the nineties, G-stone was the epitome of what many described as the typical “Viennese sound”. Although this definition is more ascribed from the outside, this “Viennese sound” reveals an extraordinary stylistic diversity.

Down Beat was once the magic word, a term which at first did not really fit into a certain category and was open to interpretation in every way. In the broadest sense, the starting point was the very popular, but not very danceable trip-hop in the nineties. Yet the Viennese electronic artists did not simply want to imitate, but tried step by step to establish a unique sound. This was strongly influenced by low-frequency bass lines, jazz, funk, house and rock influences and a good portion of Euro-disco. The most amazing thing was that the music worked almost everywhere. No matter whether in the club context, at home within the own four walls or in a bar. 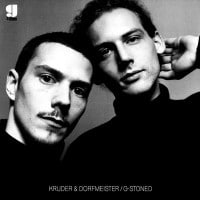 Despite these enormous innovative impulses during the nineties, the local music world showed little interest for a very long time. Although some Viennese electronic acts had already gained first international successes and had rapidly received recognition for Vienna as a place for electronic music, the local scene and their protagonists were simply ignored by Austria’s major labels. In order to release something, the artists were therefore forced to take the issue into their own hands. For this reason, Richard Dorfmeister and Peter Kruder decided to found their own label. The two musicians were presumably not really aware of the impact they would have with the development of G-Stone, and in what dimensions they would advance to in the following years.

In any case, G-Stone opened entirely new paths for the local scene. At the beginning stylistic requirements were not really an issue. Peter Kruder and Richard Dorfmeister understood their label as a platform to realize their own ideas. Experimental and avant-garde music was on the agenda, just as well as music for mass production. Soon many supporters such as Sugar B, DJ DSL, Rodney Hunter, Makossa, Megablast, Tosca, Marsmobil and Urbs joined and over the years released one classic record after the other. Even though the big boom is now a few years back, current releases still show that G-Stone is the first spot for outstanding and high quality electronic music.