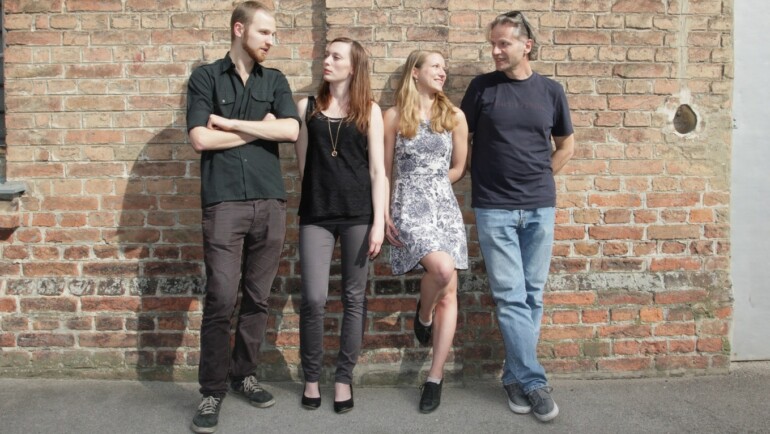 The Viennese independent label Panta R&E have some of the hottest acts in the Austrian rock underground on their lineup. Mother’s Cake, Lausch, and Parasol Caravan are three very good reasons for rock fans to have this label on their radar.

According to their homepage, Panta R&E stands for “Progressive, Psychedelic and Stoner Rock”. A look at their roster, with bands like MILK+, She and the Junkies, Palindrome and Solar Blaze, makes it hard to argue with them. It’s a collection of young, up and coming Austrian acts. Jonathan Gabler, responsible for artists and marketing at Panta R&E, says “We are happy that there is a scene in this country that, I think, is very strong with much potential and listeners. I think we have done a very good job building up our newcomer acts.”

The advantage of Panta R&E

What does Panta R&E have to offer its musicians? Gabler sees their core competence in getting their music to the people. “I make sure that the music we publish…gets exposure in the media. That means we do promotion, provide marketing support and advise them on positioning.”

In order to bring their music to the people the label has signed on with the German distributor Rough Trade Records. That makes global exposure possible, although the focus in early stages is primarily Austria, Germany and Switzerland. But it’s advice and consulting that, according to Gabler, really sets them apart. Helping established bands as well as new comers find their musical identity, or identifying the next step in their development, is an important part of their job. Sometimes bands get so caught up in their own idea of themselves or their music that they begin to stagnate. Panta R&E wants to be there to provide the external input that can help a band break out of a rut.

Panta R&E also provides services like booking, management, financing and project management. That can include looking for new and creative ways to help bands get the support they need. Crowdfunding, for example, has been a successful tool in securing releases for Mother’s Cake, Lausch, Parasol Caravan and She and the Junkies.

Together with the GAB Music Factory.

An important ingredient in the Panta R&E recipe for success has been the close cooperation with the GAB Music Factory. Working together with producer Georg Gabler and his studio in Vienna provides the label and bands with a sort of musical home-base. A constellation that helped smooth the start of the label in 2015 and keeps the production process “all in the family”. In the studio the father has the reins, while the son runs the label. Studio and label, father and son, an old-school approach if you will. But it’s not one that excludes bands who record elsewhere. Jonathan Gabler says “we try to find a healthy mix”.

The next step for Panta R&E is to expand the fan base. Not just for individual bands on the label, but for the label itself. According to Gabler “our long term goal is to build a community around the label. Fans. But also to build an infrastructure.” In practical terms this means the creation of an event series in Vienna, Linz and Innsbruck that will include international as well as local bands. Gabler says the goal of these plans is “to make it possible that the music we really love, that we have a passion for, can be released independent of the economic situation. We, naturally, want to be able to focus on the music”.

The first stage of that event series has already started. The Panta R&E label night is a regular event in the Szene Wien.