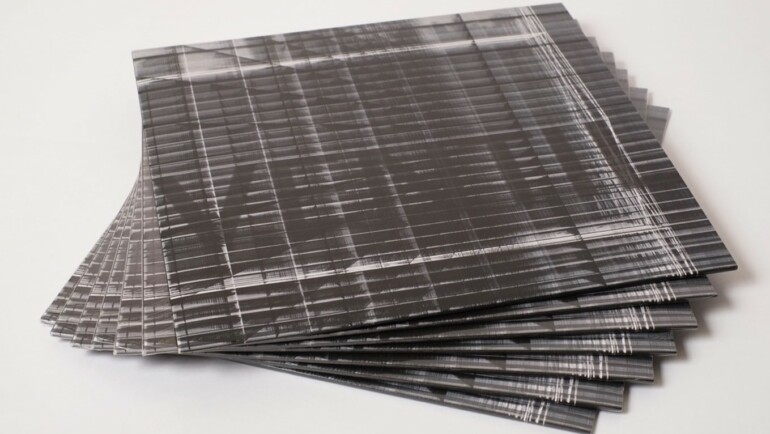 Vienna is a bustling centre of experimental music. A fact that has grabbed the attention of international media even though in Austria it’s still a secret enjoyed only by insiders and initiates. Ventil Records is one of the more recent expressions of that creative energy. It is a label at the intersection of field recordings, electro-acoustic, and post-techno nonchalance.

In 2014 Ursula Winterauer, Peter Kutin, Michael Lahner and Florian Kindlinger founded Ventil Records. According to Ursula Winterauer, it all began earlier in Kamp in the Waldviertel. That is where Michael Lahner had a music studio named after the local mirror factory: Spiegelfabrik. Winterauer had a band project together with Micahel Lahner named “Wealth”. Peter Kutin made recordings for his project Shrack! in the Spiegelfabrik, and was later joined by his longtime partner Florian Kindlinger while recording what would eventually become a Ventil records release.

Ventil was not just the debut release for the label, it was also the debut of the band by the same name. Ventil the band consists of Peter Kutin (Electronics), Florian Kindlinger (Electronics, Gitarre and Basssynthesizer), Michael Lahner (Synthesizers) and Katharina Ernst (Drums). Their sound has been described by critics as “Swans meets Varese”, a symbiosis of groovy song formats with sombre soundscapes.

The central work so far has been the second release, the double LP “Decomposition I-III” from Peter Kutin and Florian Kindlinger. It was based off field recordings recorded near a telescope in the Atacama desert, an ice crevice, and in Las Vegas. A cooperation with the Donaufestival made it possible to turn these recordings into an audio-visual performance, which threw Kutin and Kindlinger into the world of epxerimental film and gave them exposure at international festivals.

Desert Sound from kutin on Vimeo.

Although the pieces on “Decomposition I-III” are mostly “unworked, raw” recordings, according to the press release they have left the genre of normal field recordings behind them. Kutin and Kindlinger use the microphone position itself as an instrument. That might not be new for field recordings, but it has rarely played such an essential role or as effectively shown that even “unworked” recordings can result in what sounds like artificially constructed noise-scapes.

The split LP “Kutin/Asfast” features the work of 24 year old Asfast, aka Leon Leder. Asfast’s massive soundscapes bear a certain relationship to the work of Peter Kutin. An obvious desire to create a stringent sound experience, although unlike Kutin, Asfast’s works are approaching the edge of noise.

While the current catalog seems to consist primarily of the works of Peter Kutin, according to Ursula Winterauer that’s mostly coincidence. Original plans were for a solo album from Asfast and an album from Winterauer’s band Wealth. A limited edition release from Manuel Knapp is on its way, and the album from Wealth is planned to be released in the fall of 2016. The label is also working on a collaboration with REAL DEAL!, a new festival for performance art in sound in Vienna at the beginning of summer 2016.

“Our plan was to keep everything in our hands – we produce ourselves, even design our covers ourselves – in order to maintain our freedom through the entire process” says Winterauer. That also means they can create releases that meet up to their own high standards with a goal of producing a sound that says “Ventil Records” when it is heard, rather than being dependant on a specific musical genre.

But that isn’t the only defining aspect of the label. Ventil is a strictly vinyl label. They prefer to view each project as an artistic whole; from the physical disk, to the packaging and even taking it to the club, dance-floor or gallery.