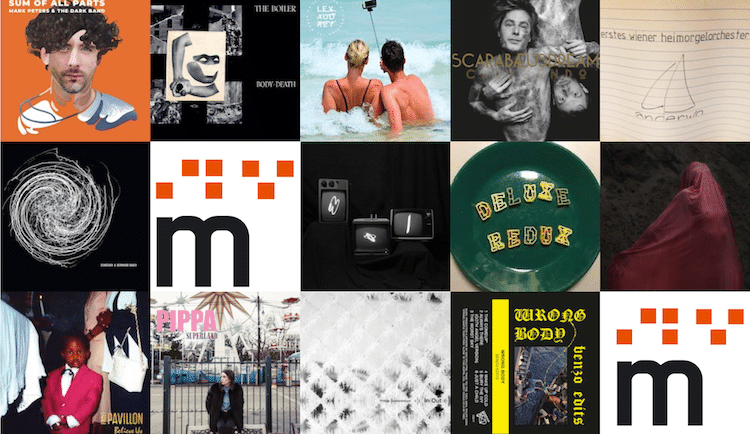 Shilla Strelka has summarized the latest releases of the Austrian pop, rock and electronic scene. Among them are releases of already known Austrian acts as well as six debut albums and one tape release.

At Pavillon’s debut album is soothing, energetic pop rock. “Believe Us” is directed toward the US-American market and lives on enthusiastic melodies, exuberant guitars and a voice that goes all the way. The sound of these “romantic rebels” is fresh and poppy and always on point. With “Believers” they already have an international hit. At Pavillon are not afraid to address socio-political topics. Xenophobia, migration and self-empowerment are dealt with in their lyrics.

The universally gifted Kristina Pia Hofer has created a new musical alter ego for herself with The Boiler and she is using it to engage in emotional and political activism. With The Boiler, she is getting more experimental, but also more electronic than with her solo project Ana Threat and the duos The Happy Kids and Kristy And The Kraks. The sound is more spherical, more abstract, but also wistful. Besides voice, drum machine and synths, a Philicorda organ is the secret ingredient in her sound. Threat expresses herself more vehemently, is at the same time more personal, more direct and also more vulnerable. “BODY=DEATH” is loosely based on song structures and combines a political message with the profound world melancholy of an entire generation.

Wicked post-punk, carried by a voice whose intonation resonates with the velvety seduction that was already characteristic of Courtney Love and Lydia Lunch. Culk always move on the edge of the abyss. The singer Sophie Löw stages herself as a broken femme fatale, sings of love and powerlessness/power and delves into the depths where it hurts. Culk live from the dance of opposites: the passionlessness of the voice is absorbed by the pressing guitars and the drums. The longing is clarified here, the lack of will is vehement. The lyrics are explicit and yet mysterious, cool, but at the same time intimate. Charming borderline swan-song.

The trio’s third release is a stylish pop-rock album, strongly inspired by the alternative sound of the 1990s and early 2000s. “Deluxe Redux” by Destoyed But Not Defeated  is what it promises – a well thought-out album in which every number is straightforward and self-contained. The numbers are full of comforting tones and self-ironic twists. The aesthetic variety of the album can be explained by the series of illustrious guest musicians, among them Eloui and ex-Sofa Surfer Wolfgang Schlögl on accordion.

Erstes Wiener Heimorgelorchester presents “Elsewhere”, a bizarre gem of acoustic quirkiness and linguistic whimsy, once again proving how much poetry lies in the seemingly banal. This time the poems of stubborn word acrobats, among them Artmann, Jandl and Okopenko, are set to music. Dada is not only written in words, but also in sound. Here, the trivial (preset) sounds of the Heimorgel (electric organ) – battery-powered mini keyboards by Bontempi, Casio and Yamaha – are brought to the stage with a wink, but with much devotion. Wonderfully lively, humorous understatement music, full of sparkling references.

Lex Audrey – “No Intention Of Changing The World” (LASVEGAS RECORDS)

Lex Audrey produce thoughtful but conciliatory electro-pop while not striving to change the world just as the title of their debut album suggests. But they are critical of society, dealing with the effects of social media and digital technologies and the hedonism and narcissism of our current society. The themes are accompanied by an equally contemporary sound. Playful and clubby, then melancholic and recalcitrant again and sometimes even hymnal – the Upper Austrian formation has the right sound for every mood. With an amazingly agile falsetto voice, guitar, synths and drums, they rely on hooklines, which are welcome catchy tunes.

A man with a guitar sings songs about love and life. Vienna-based singer/songwriter Mark Peters, originally from London, presents “The Sum Of All Parts”, an EP packed with melodies of longing and velvety notes. Music for lonely wolves who like to listen to country and Americana ballads to feel lonely together.

The new duo of Florian Bocksrucker and Felix Bergleiter, the latter known from the hip-hop formation Waxolutionists, is called Nonetheless. On the self-titled album they present darkly coloured night music. Nonetheless, with their elegant, atmospheric techno, they rely on moody imagery. The drive that the two build up lets landscapes pass by; dark motorway service stations, flashing lights on foggy routes. The finely balanced mixture of dubby, slack drummachine beats, distorted synths – remotely reminiscent of John Carpenter soundtracks of the 1980s – and electroacoustic sounds develops cinematic landscapes without becoming too concrete. Auratic, deliberate first LP release of the label Neubau.

Philipp Quehenberger was mainly active in the live context during the last few years, but now with “In/Out” (Minimalsoul Recordings) the enfant terrible has made another solo release. The EP presents itself with almost marching, speed throttled cold-wave beats and dark synths, just as weird and mischievous as usual. This time there are also teaser vocals by fellow musician Patrick Pulsinger. Together they are cool and nonchalant, whereby Quehenberger’s sound always carries something of the immediacy of his live shows.

The actress and musician Pippa Galli’s debut album offers easily digestible songs, which are inspired by the Neue Deutsche Welle as well as by German discourse pop and the lively melancholy of old pop songs. On “Superland” Pippa thematises events, snapshots and sensitivities taken from life, which she is packing into succinct sentences. “It’s ok, everything’s ok,” sings the 33-year-old. “We’re not adults, we’re not big yet, we love life, we kick ass.” Life can be so simple if you just let it go. Candy coloured yet laconic.

David Schweighart becomes Schrecken & Bernhard Bauch. Maybe he will also become Schrecken and Bernhard Bauch really exists. It’s not that clear. What is certain is that the exceptional musician Schweighart, who appears as a drummer in numerous formations, appears as a singer-songwriter on his curiously titled album (Ventil Records) and presents us with heart-wrenching outsider ballads. Schrecken & Bernhard Bauch channels a wild mix of different styles into devotional songs. Sometimes idiosyncratic electroacoustic elements sneak themselves in, sometimes tender piano sounds or rocky guitar riffs. In spite of its immediacy and the sometimes short numbers, the album is full of balladesque beauty – an unpolished, yet sparkling, diamond in the rough.

With Wrong Body, Dino Spiluttini has ascribed a new musical identity to himself. With it, the electronic musician plunges into his usual melancholic and hide-and-seek spheres, but this time Spiluttini also appears as a singer. He has already proven his vocal success in the formation Swan Fangs. But as Wrong Body the voice of the Viennese sounds as dark, fading and abysmal as never before. The lead-heavy vocals are carried by the sad Lo-Fi-Synths. “Benzo Edits” offers phlegmatic, apocalyptic cold-wave pop for people in withdrawal. We feel haunted.