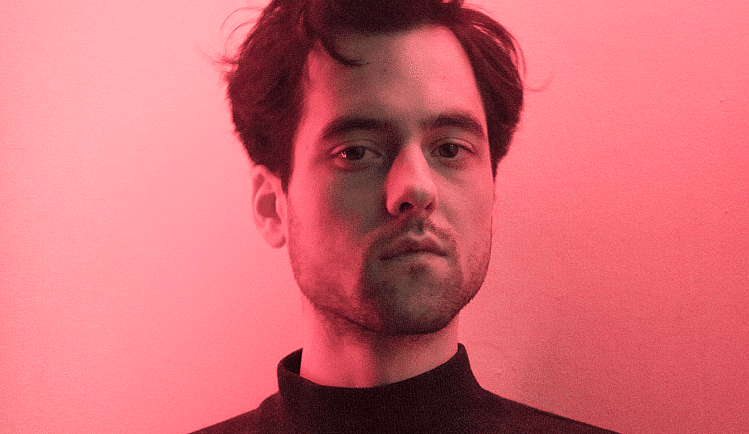 LEON LEDER aka ASFAST is one of the most promising new discoveries of the Austrian club scene. The experimental electronic producer from Graz has been exciting audiences with reduced, concise tracks that combine elements of diverse progressive club genres from grime to trap. The result leads an independent existence between sound experiment and dance. In an interview with Shilla Streika the Vienna based artist explains the challenges presented by this transgressive approach.

You have made quite a development musically over the years. Can you describe the course it has taken? How was your musical socialisation? Did you learn an instrument?

Leon Leder: I began playing drums at an early age, and I also played in a metal band. At the same time I started listening to electronic music. After I installed a program for music production I quickly lost interest in the band and wanted to continue making music alone. Back then, when I was 16, I was really attracted to breakcore and hardcore techno and trance. I slowly developed my own idea of electronic music. I wasn’t just inspired by breakcore or dancefloor music, I never really imagined a dancefloor when I was producing and I realised that a certain kind of mood began to manifest itself in my music early on. That hasn’t really changed. What constantly changes is the structure of the garment. I hope this continues to change and remains a part of the process.

ON INTENTION AND INFLUENCE

Your tracks a very emotional, speaking directly to the listener. Do you build personal impressions into your tracks? Could that be read in the context of an over-digitalised world? Do you believe that could be the reflection of an entire generation?

Leon Leder: I don’t know if it could be the reflection of an entire generation. I don’t want to convey anything concrete with my music. In general, I ask questions with my music rather than providing answers. I think that is perceived very individually.  Since I neither use lyrics in my music nor produce according to any strict concept, the whole thing is rather open. Whatever the case, I never try to let my own perceptions or experiences flow into the music. I’m sure it happens automatically, but I never sit down and think “now I am going to process a negative experience with a track”. I personally never see a connection. Sometimes someone close to me will point out that a particular track seems to communicate my current mood.

Do you listen to a lot of music? Have certain acts influenced you?

Leon Leder: I listen to a lot of music. In the phases when I am producing a lot I tend to listen to things that are far away from my own music, at least as far as the genre is concerned. A lot of rap and black metal. When I am not producing a lot I tend to listen to things I feel are in the same direction of my own productions. There are certainly a lot of acts that have influenced me in my career. I don’t want to begin to list them. It´s most certainly not only electronic acts. It ranges from jazz to classic and pop. To be honest, I can find elements in almost every kind of music that could potentially provide inspiration.

ON MINIMALISM AND EXPERIMENTATION

At the same time you reduce your musical statement to something essential. Your tracks seem very minimalistic. What is your production process like? Are your tracks so reductionist from the beginning or do you successively abstract until you get to a result you find satisfying?

Leon Leder: Mostly the latter. I don’t know how often I have completely reworked a nearly finished track so that in the end only fragments of the original remained. That’s almost a standard part of my production process. I just want to surprise myself. When I am working on a track I frequently build in parts that at first glance seem lurid or pleasant. After I listen to the track more often it ends up not satisfying me and I begin to look for ways to abstract it. It is usually a protracted process until I have found a solution in which the abstraction and tangibility are balanced enough to satisfy my own expectations and I can finish the track.

Your music can be described as progressive club music. It brings the experimental to the fore and tries to pave new trails rather than to go down well beaten paths. Why is that important for you in your artistic work?

Leon Leder: I can’t really answer that. I find it boring to simply reproduce something else. I also learn a lot about myself when I find myself on uncertain terrain, I don’t mean personal things, rather the way I experience music and want to communicate.

ON MUSIC SCENES AND CLUB CONTEXTS

How do you perceive the Viennese music scene? A lot has been happening there in the progressive music scene. Are the acts well networked?

Leon Leder: I think so. There really aren’t that many in Vienna. Eventually you meet everyone. Right now I have the feeling that it is more cooperative than competitive. There are a lot of people who are trying to break the barrier between club and concert or performance. Both acts and promoters. I think that is good. I feel comfortable here.

You normally play in a club context. What kind of concentration should someone bring to a performance of your music? Or is that irrelevant to you?

Leon Leder: I feel most comfortable when I am not in a typical club situation, when the people aren’t just there to dance and take drugs. I recognise that my music can be perceived as challenging. But I don’t think classic concert settings, with chairs, are appropriate either. The audience wouldn’t understand why they are expected to sit at my concert. Everything gets a certain stuffiness and earnestness that has nothing to do with my music.

But I can’t say what kind of concentration people should approach my music with. The individual can choose to engage with it and be swept away with it, or not. Frequently the setting isn’t the crucial factor, but simply influences the way the people will choose to approach my music. If the audience wants shallow entertainment and to just shut down and have fun, then I am probably not the right act to book. So I guess a little listening attention is probably necessary for my shows.

ON “PEACE IN DRIFTS” AND PERFORMANCE

Your just released “Peace in Drifts” on Ventil Records, an Austrian label for experimental electronic. Do you feel at home there?

Leon Leder:  I feel good at Ventil Records because everything there is in the process of formation and development. That probably applies to my music as well. I think thats good. Maybe I will eventually be at the point that I believe that I have found what I want to do forever musically. Right now I find that idea horrifying. Ursula Winterauer runs the label. I really like working with her and value my exchanges with her. I believe we trust each other completely. That helped my quite a bit while I was working on my album.

“Peace in Drifts” is your first solo album. How long did you work on it?

Leon Leder: It is my first solo album that I released on vinyl. But I have previously released a couple of digital albums. The work on “Peace in Drifts” was a difficult process. I generally find the production of albums challenging, it’s something different than just working on a track or a live set. I approach the work on albums as something holistic. If individual tracks are good, even when all of the tracks are good, that still doesn’t mean the album works for me. I spent three months on the intensive production phase and the development of the album concept. But the album includes many ideas and traces of things that I made much earlier. All in all I developed “Peace in Drifts” over the course of a year.

How hard was it to translate the album to a stage performance?

Leon Leder:  It was pretty difficult to pack the album into a live set. In the end I only have three tracks that have been prepared in such a way that they are recognisable. Although I have included many elements from individual tracks from the album. I frequently find it difficult to prepare recorded tracks for a live set. I just never want to play them exactly as I recorded them because it usually isn’t any fun so I try to prepare them in such a way that allows more freedom for spontaneous changes. That the drop doesn’t have to come immediately after the fourth bar, rather that the whole thing becomes a little less transparent, and I can decide based on feeling when something happens or doesn’t. When I can pull that off well in the preparation it makes it much more fun to play the tracks live.