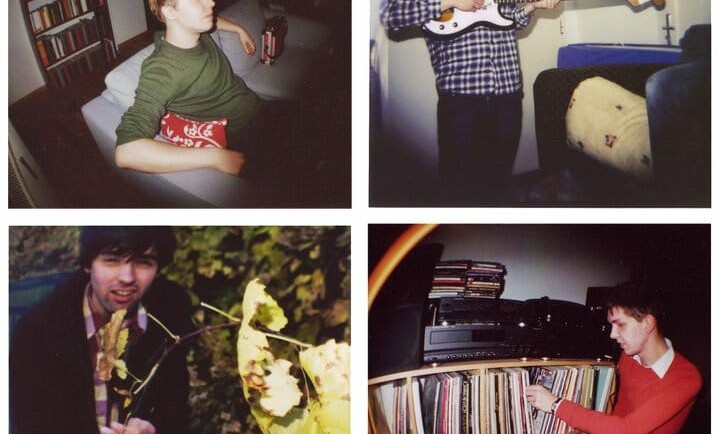 In general, self-production can be the starting point for a fulfilling career in music. The days where agents would book you on the spot just because you could put on a pretty face and play a few decent air guitar solos are over. Boygroup auditioning is history. Nowadays, there are stonier hurdles that have to be overcome to be able to get closer to the dream of the big music business. The journey is the reward – a phrase that the members of Killed by 9Volt Batteries have probably taken to heart.

The band’s foundation was based more on chance than on adolescent reason. It all began in the Styrian district capital of Weiz: For a small film project, the singer and creative lead Wolfgang Möstl wanted to merely tinker on an associated soundtrack with colleagues. However, it was agreed that even without the soundtrack project it was enormous fun to jam together on the guitars, drums and keyboards and soon enough the small hobby turned into a great passion. The focus of the avocation: the creation of brilliant noise-architecture, which cannot be heard in Austria every day.

In the fall of 2002, they hit the stage for the first time at a local festival “Rock gegen Rechts” and went by the name “The Lacerations”. But apparently the boys had a good sense for the fact that bands starting with “The” are just following a hype that has become utmost boring. And the English term for “flesh wound”  sounded a bit too much like a provincial trash-metal band. The new name Killed by 9Volt Batteries sounded promising and anything but ordinary, leaving you to expect great things. The quartet consists of singer, guitarist and songwriter Wolfgang Möstl, together with bassist Mario Zangl, drummer Mario Loder and keyboard player Philipp Ludersdorfer. In the initial formation, Stefan Christandl filled the place of the bassist, but left the band in the days when the noise-formation released their debuts “Comercial Suicide” and “Wild Rascals Kill Wilder Rascals” on their self-founded label Numavi Records.

After years of do-it-yourself, they finally switched to the Viennese indie label Siluh Records in 2005, where they were at eye level with local colleagues such as Fracis International Airport, A Life, A Song, A Cigarette or Sweet Sweet Moon. The band brings forward a highly individual sound, that once heard, burns so deep into the ear canals that an arbitrary escape does not even seem possible. The press compared them with the 90s cult band Sonic Youth and invented highly idiosyncratic genre names for their music, just to make the people understand the musical approach of this band. But let’s keep things simple and stick with noise in the acoustic development, remain with post-rock traits, and rather wonder about the use of delicate, paraphonic flourishes, and almost seemingly endless instrumental passages. At least since their eponymous major debut (2007), Killed by 9Volt Batteries have managed to arrive in the acoustic wonderland, have steeply developed with the successor “Escape Plans Make It Hard To Wait For Success” (2008) and are now aiming for the reign of the most famous Austrian sound rioters. While the album “Killed by 9V Batteries” was recorded in a Berlin studio, they produced their second album in their own home recording studio in Weiz. Still, they have always been at war with conventional characteristics of a beautifully produced album: instead of eliminating distortion, they deliberately tweak on even more aggressive sounds and even the playing time of each piece between a half and twelve minutes is anything but industry average.

A new album was released just recently with the title “The Crux” and blasted listeners away with a noise-operetta in several acts and an extremely bombastic blaring setting. Responsible for the production is none other than Patrick Pulsinger, who – though at home in the electronic division –  shows no fear in devoting himself to new things. All in all, the music from this noise pop band is definitely not recommended for those with sensitive ears, since quiet tones are not on the agenda.
Bibiane Weinberger
(translated from German)