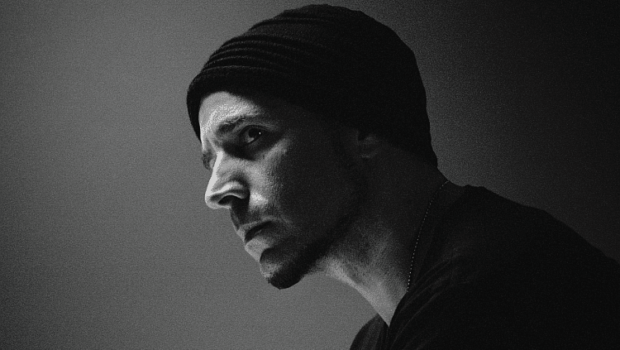 With his album “Grand Delusion” released in the UK on 5th May, US-born and Austrian-based alternative songwriter MATT BOROFF emanates a pleasantly dark mood from stage. The new song material touches on some difficult themes including nationalism, greed, alienation and most importantly, what it means to be a human being in the modern world. For his album Boroff had worked together with producer Alain Johannes (PJ Harvey) and the likes of Mark Lanegan and Jack Irons (Pearl Jam, RHCP).

Bandleaser of PLANET DREAD, opening band for NIRVANA and KYUSS, solo artist – Matt Boroff has been a strong player in the music scene since the 1990’S. Born in New Jersey, he moved to Vorarlberg with his wife in 2000 where he formed the band Boroff & the Mirrors. 10 years and three albums later he took his years of experience as a musician and started his solo career in Austria. Since then he has brought 3 LP’s and an EP to market. The last LP displays an an artistically conceptualised apocalyptic coolness that is both seductive and danceable.

I JUST WANNA DISSOLVE MYSELF IN YOU

The album begins with the title song “Grand Delusion”, a calm piece that oozes unbelievable coolness. The following track “Pipe Dream 2” has a similar mood but is faster and more turbulent. The third song is “What a Shame” which is so reminiscent of Nirvana that it is almost spooky. Matt Boroff has a voice very similar to Cobain’s, and although they both share the same genre, there is a difference in style. One of the most grooving tracks on the album is “Hang On”, the fifth and middle track. Guitar thunders in the background, the bass line rumbles on and the husky vocals cheat “Hang on, hang on”.

Matt Boroff doesn’t just rock though. He can also be enchanting and mysterious, which helps create a wonderful post-apocalyptic desert landscape. With echoing guitars and reverberating drums he paints a very special soundscape, like the one on “Modern Plagues”. For those who need even more melancholy, there is “Dissolve”, a sad and nostalgic song that speaks straight to the heart. The album ends with “Strange Mirror of Black”, a very melodic song which, like the title song, is calm and cool. This one features an acoustic guitar that plays a beautiful melody and provides the perfect support for his vocals.

All-in-all Austria can consider itself fortunate to have such a talented musician living here. He has everything it takes to make high quality alternative rock at the level of Nirvana or Queens of the Stoneage. In May 2017, Matt Boroff will perform at The Alternative Escape programm at The Great Escape Festival in Brighton, UK (The Art of Escapology, Marlborough Pub & Theatre – 13:20 Thursday, May 18th).