On Friday, the 8th of February 2013, a delegation of Austrian artists, record labels, festivals, agencies, managers, promoters, media and other music professionals heads to Ljubljana for a first networking and exchange visit. The aim is to establish new musical cooperation and exchange between our two countries. We’re therefore happy to invite you to a networking session, a reception organized by the Austrian Embassy and some concerts at Kino Šiška. The participants will be a diverse group of Austrian music professionals, amongst them Spring Festival and Waves, Radio FM4, The Gap, ink music, Siluh Records, Arcadia Agency and many more. During the networking session we will ensure that you meet a maximum of good music representatives in an intimate setting. Deadline: Please send an E-mail to office@musicexport.at before February 1st confirming your participation at the networking session.

17:00-19:00 Meeting the Austrians (Networking session) Invitation only!
19:00-20:00 Austrian Reception organized by the Austrian Embassy
We very much look forward to meeting you in Ljubljana! 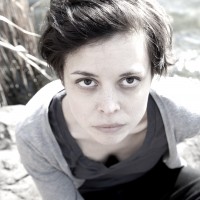 CLARA LUZIA (ASINELLA REC./INK MUSIC)
06.02.2013 Kino Šiška
The Austrian Singer-Songwriter Clara Luzia started releasing albums in 2006 and has produced four records – best described as Alternative Indie Pop – so far. She won the Amadeus Awards in 2008 for ‘Best Alternative Act’, the Austrian equivalent of the UK’s Mercury Music Prize and appeared at many European festivals, including “Les femmes s’ent melent“ (F), Eurosonic Festival (NL), GLIMPs (BE) and Waves (AT). In 2011 Clara and her 3-piece-band (Heidi Dokalik, Ines Perschy, Max Hauer) released their recent work „Falling into place“, followed up by shows in Austria, Germany, France, Belgium, and Slovakia. Marc Riley (BBC 6 Music) has recently been quoted as saying ‘We do like her an awful lot’. Links: www.claraluzia.com, www.inkmusic.at/bands/view/id/69 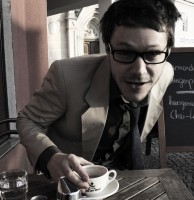 EFFI (ARCADIA AGENCY)
07.02.2013 Menza pri koritu
Effi is a young, lovely Austrian singer/songwriter hailing from Graz. On stage he performs with a guitar, an ukulele, a laptop and loop-machines to create his very own blend of minimal yet playful electronics and delicately crafted indie songs. “Astronaut”, his debut album, offers everything that sophisticated pop music lovers appreciate and is characterized by an extremely diverse and highly original musical language. After releasing “Astronaut” in Austria he toured Germany, Russia, Latvia and Estonia – and quickly evolved from an insider´s tip to a well established, widely known figure in the local music scene.
Links: www.myspace.com/effimusic, www.thearcadiaagency.com 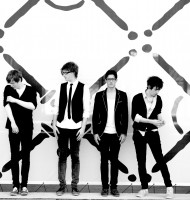 THE BETH EDGES (TEAMRIDER UNITED)
08.02.2013 Kino Šiška
The Beth Edges have done pretty much everything right so far: they write great songs, which get stuck in your head at first listen, they are touring constantly, they are young, handsome and extraordinarily talented. Although the band members are only just in their early 20s, their songs are assuredly as mature as those of big and famous bands – indie-rock at its best, spiced up with humming bass parts and bouncing new-wave rhythms, but also with strings, keys and horns added as well-chosen timbres to some of their melodic indie-pop songs. The title of their second album „Black Coins, Round Dice“ alludes to both: motion and things undecided. To reflect and capture this reality and sentiment the band and producer Paul Kinski decided to produce accordingly. They recorded the album live and without any new technical gimmicks – ‘old school’ as it were: one moment, one song, one take, the way it was and how the boys think it should be.
Links: www.thebethedges.com, www.teamrider-united.com

This project has been funded with support from the European Commission.
This publication [communication] reflects the views only of the author, and the Commission cannot be held responsible for any use which may be made of the information contained therein.