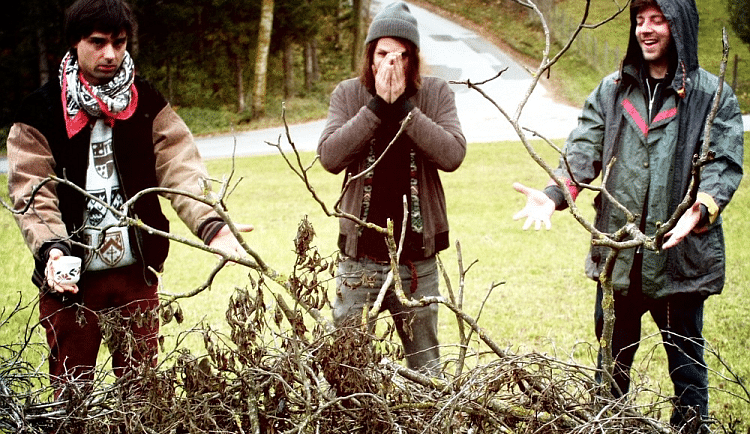 The curtains have been raised for a noise-spectacle that lives up to its name. Jack-of-all-trades WOLFGANG MÖSTL has released the debut album of his latest project MELT DOWNER on Numavi Records and Cut Surface. The result is a release that presents the artist as a musician who has mastered the art of  crude, nonconformist, and powerful sound.

Yes, this man is always good for a few surprises. Wolfgang Möstl is one of the  leading and most productive creative minds of the Austrian music scene. One whose project Mile Me Deaf has already achieved international success. He is a musician that is not just talented, but unpredictable. While Mile Me Deaf belonged primarily to a very individualistic sort of pop music, Melt Downer presents a musical change of direction that is even more radical than anyone could have expected.

It was obvious from his previous projects that Wolfgang Möstl had a certain attraction to harder and noisier forms of rock. In that sense this album could be seen as a return to his roots. But the uncompromising manner in which he and his colleagues Mario Zangl (Mile Me Deaf, Killed by 9V Batteries) and Florian Giessauf (Torso, Red Red Red, Das kleine deutsche Eck) power through the tracks has opened up an entirely new chapter in his musical history.

A SOUND THAT WILL BLOW YOU AWAY

This is Wolfgang Möstl unchained. He has turned the hardness knob to 11 and created a sound so edgy and raw it will leave the fans of noise in a sweaty euphoria. The tracks, many of which quickly approach the heaviest forms of hardcore punk, deliver riffs that should blow more than a few minds.

The energy and aggression in these refreshingly inaccessible song-structures carry the listner away. Psychedelic and almost dreamy passages provide a breather, and always show up at just the right time to create perfectly suspenseful moments. Wolfgang Möstl and his band have created a truly fine musical statement.