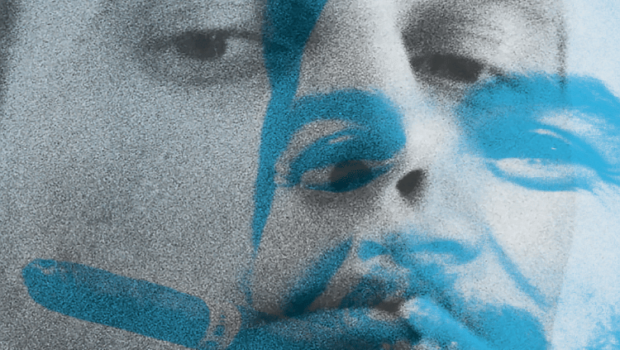 The 30th edition of the Wien Modern Festival in November 2017 will focus on the power of imagination under the title “Bilder im Kopf” (Mental Images). 106 events with 73 premieres and first performances will take place over the course of 32 days (31.10. -01.12.2017) and across 26 venues in 11 districts of Vienna. The programme is available online at www.wienmodern.at.

Music creates images in the mind – this phenomenon is as old as mankind itself. It allows the listeners to see landscapes, moods, atmospheres, people, feelings, and thoughts – with their eyes closed. It continued to do this even when music theorists in the 20th century constantly demanded a ban on images, and encouraged abstraction and black-and-white thinking. Several generations and revolutions later, music still joyfully implants images in our minds.

With imaginative projects, young musicians will invite audiences into extraordinary places such as a retirement home, a table tennis room and a tavern on the Schmelz, the backstage area of the echoraum or the Lusthauswasser in the Prater.

In 2017 France, with its particularly colourful way of reinventing new music, will play a special role in the programme – musique concrète, acousmatic music, atmospheric live electronics and spectral music, with which  Gérard Grisey, Tristan Murail and Hugues Dufourt brought sunsets and rainbows back to the concert halls 40 years ago.

Even though this years Wien Modern is primarily about those images music creates in the mind of the listener, film, video, painting, and photography will play a prominent role in the program this year. The venues of the festival include the Christine König Gallery, Galerie Jünger, mumok, Österreichisches Filmmuseum, Künstlerhaus 1050 and the Kunsthistorisches Museum.

The festival will be opened on 31 October by the Vienna Symphony Orchestra with the silent film “J’ accuse” (Abel Gance 1919 with orchestra and live-electronics by Philippe Schoeller), an extraordinary moment in cinema history: as a kind of first embedded journalist, Gance filmed a dramatic anti-war film with soldiers of the First World War on original battlefields near Verdun. Music by electronics pioneer Pierre Henry accompanies the silent film classic “The Man with the Camera” (Dziga Vertov 1929 (25.11. in the Dome Hall of the TU Vienna), followed by the multimedia project “Daily Transformations” (26.11. Hall G).

THE RAFT OF THE MEDUSA

The opening concert with the RSO Vienna on 2 November commemorates a double scandal: in 1816, almost 140 people died on the Medusa raft, captured in Théodore Géricault’s famous painting. In 1968, Hans Werner Henze’s critical oratorio Das Floß der Medusa (The Raft of Medusa), a requiem for Che Guevara, became the icon of the revolutionary year: the premiere planned for Hamburg was lost in the turmoil and eventually took place in Vienna in 1971. The RSO Vienna brings this epoch-making work with an outstanding cast to the stage.

The Festival Wien Modern 2017 presents music that sets the imagination of the audience in motion in a variety of ways. Peter Eötvös doesn’t need a stage or costumes for his Chinese Opera on November 5th, just his exuberant acoustic fantasy. The 73-year-old composer himself will perform three masterpieces, each composed ten years apart, in a grand portrait concert. On November 9th, bright Indian colours, orgiastic rhythms and unrestrained glissandi will fill the Musikvereinssaal: The RSO Vienna under Cornelius Meister dedicates itself to one of the most dazzling works of all orchestral literature with the Turangalila Symphony by Oliver Messiaen.

Several generations of French composers will be presented throughout the Vienna Modern programme. The Claudio Abbado concert on 4.11.: A new orchestra from Vienna and Paris will present premieres of Iris ter Schiphorst, Georges Aperghis and Hugues Dufourt. Within the framework of 200 years of mdw, Ilan Volkov will conduct numerous students from both cities in a demanding orchestral premiere under the sign of the festival founder.

With Les Espaces acoustiques (1974-1985), Gérard Grisey presented a sparkling, iridescent, rainbow-coloured alternative to the music of the post-war avant-garde. Once a decade you can experience this monumental work at Wien Modern – on November 16th it will include all of the unconventional details that well-meaning conductors usually suppress: irritated reactions of the musicians, pause gongs, and light effects.

On the 20th of November Olga Neuwirth’s key work Le Encantada will transport listeners to Venice through the use of spectacular spatial electronics: the ringing of bells in the lagoon or the acoustics of a century-old church will be faithfully recreated in Hall E of the MuseumsQuartier. Breathtaking mental cinema with Ensemble intercontemporain and Ircam Paris.

Hannes Kerschbaumer, born in 1981 in Bressanone/South Tyrol and living in Innsbruck, was awarded the Erste Bank Composition Prize 2017. Kerschbaumer creates sound concepts that are almost haptic- music that can almost be grasped with one’s hands. Two of his five works to be heard at this year’s festival are on the programme of the prizewinner’s concert with the Klangforum Wien (22.11.) – alongside Gérard Grisey’s latest work Vier Lieder, um die Schwelle zu überschreiten.

The traditional cooperation between Wien Modern and the Dschungel Wien (Atlas der abgelegenen Inseln, 06.–11. und Dreihundertfünfundsechzig+, 21.–24.11) will be enhanced this year by the ZOOM Children’s Museum and a painting workshop for children and parents (Bilder im Kopf, 01.–04.11.). In addition, there is the IGNM project Junge Musik (07.11.) as well as other music-promoting activities with schools (e. g. 01.12.).

The festival’s intergenerational openness is demonstrated not least by the fact that, in addition to traditional orchestras and ensembles, younger generations of artists are increasingly coming to the fore. The final concert with world premieres of the award-winning works of the mdw composition competition on the theme of “Mental Images” is devoted to the next generation (01.12.).

The programme for night owls will be expanded with six concerts in the rhiz, the MuseumsQuartier, the Galerie Jünger and the Kuppelsaal of the TU. Highlights include the premiere of Judith Unterpertinger, who has just been awarded the Theodor Körner Prize, at the Galerie Jünger (14.11.) and spatial electronics performed by the Aphex-Twin-compatriot Florian Hecker in MQ (18.11.).

As part of the mica – music austria focus at Wien Modern 2017, we are organising a panel discussion on the 30th edition of the festival to discuss (more than) 30 years of New Music, Event Management and Cultural Policy. Festivals can be perceived both as a representative expression of the new music scene and as an exceptional counterpoint to the “everyday life” of regular concert events. They function not only as hubs for the New Music networks, but also as an important communication channel “to the outside” – to new audiences, to other genres, to the media landscape, to politics…

In 3 panels we try to cover a wide range of topics: from the pioneering years of New Music to the establishment of established structures and the developments of the last decade

32 concert days at 26 venues in 11 districts of Vienna 106 events (71 concerts / performances + 35 fringe events) 47 productions with 40 orchestras, choirs and ensembles 73 premieres (43 world premieres + 30 Austrian preimeres). The festival is organized by the Wien Modern Association in cooperation with the Vienna Konzerthaus Society and the Gesellschaft der Musikfreunde in Vienna. Wien Modern is made possible by the City of Vienna’s cultural department, the Federal Chancellery for Art and Culture, the festival sponsor Kapsch AG and the Erste Bank. With the friendly support of the SKE.