A lot happened in the local music scene in 2010, from many new and promising names appearing on the scene, to heated discussions, for instance, on the recently introduced copyright levy on hard drives. The team of mica – music austria looks back at a very successful and diverse year 2010. This attempt of a brief annual review does not claim to be complete, simply for the fortunate fact that far too much happened in 2010.

Fortunately there has been a great interest in music in and from Austria. And this regarding all genres. The attendance of various festivals and events was excellent. Among others, the new artistic director of the festival Wien Modern, Matthias Losek, was able to draw a very positive balance. Not only were they able to present a program with a very high standard, filled with big highlights, but also achieved a peak attendance with 13,000 visitors.

A new upturn came from the local singer/songwriter scene in Spring. With over 40,000 visitors in four days, the Popfest Vienna was a veritable success. The festival, curated by Robert Rotifer, offered a program that remains to be seen. Fortunately for us, this festival will be continued next year. There was also a keen interest in the Popfest Sessions, which were organized by mica – music austria in cooperation with AMAN and the VTMÖ, in order to analyze the situation of the domestic pop scene with prominent representatives.

Not to forget the great successes of countless other festival and concert series, such as the Mittersill Composers’ Forum in Salzburg, the Poolbar festivals in Dornbirn (Vorarlberg), the Elevate Festival in Graz (Styria), the Impuls Festival in Graz, the Jazz Festival Vienna, the Musikprotokoll in Graz, the Salzburg Festival and the Bregenz Festival, as well as the traditional Viennese folk song and world music festival Wean Hean. All these festival experienced the same picture – full concert halls and enthusiastic music lovers.

Particularly gratifying is the fact that local artists were able to draw international attention to themselves and celebrate significant successes in this year. For example, the young Austrian songwriter Soap & Skin in January, who was awarded with the international “European Border Breakers Award” (EBBA). In May 2011, Saint Lu, another indigenous artist will receive this prestigious award. A huge honor was bestowed on the alternative combo Kreisky, who were invited to another major international festival in Spring, where they inspired numerous music fans at the Europavox in France. 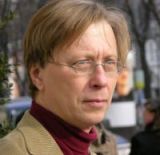 Of course not only representatives of the pop genre enjoyed international invitations, as many international premieres and performances of impressive works by local composers prove. Three world premieres of works by Johannes Maria Staud were performed by none other than Pierre Boulez during the Festival d’Automne. The works by the Austrian composer Georg Friedrich Haas and Bernhard Lang at the Donaueschingen Music Festival and the Festival “Moving Sounds” in New York were rewarded with thunderous applause by the audience. Another sensational event was the recent bestowal of the Silver Commander’s Cross of Honour for Services to Friedrich Cerha by the province of Lower Austria, who had a focus dedicated to his work at the Witten Festival for Contemporary Chamber Music. Among others, Richard Dünser (with the Ernst Krenek Prize) and Thomas Wally (with the outstanding artist award) were also recognized with an award for their work in the contemporary music scene.

In the Far East, Austria also had its fair share in music. As a part of Expo Shanghai, Austrian bands and ensembles gave guest performances and held the red and white flag up high. Participating bands and ensembles were Mnozil Brass, Bauchklang, das Koehne Quartett, Ausseer Bradlmusi, Penta Musica, Netnakisum, Christof Dienz, Akkosax, Birds of Vienna and the New Vienna Concert Schrammeln. Upon the recommendation of mica – music austria, Alexander Wagendristel was commissioned as a composer by the Expo Office Austria to create compositions for the Austrian pavilion in Shanghai. These were further artistically revised by the musician Electric Indigo in the electronic field and alternately performed by a chamber orchestra of 12 musicians (violin, cello, clarinet, DJ). The visitors were very impressed.

Once again, the Austrian band competition Ö3 Soundcheck experienced a stampede of applicants. This year over 800 young bands and musicians attended the competition. The final winner was Norbert Schneider, who inspired both the jury as well as the listeners of Ö3 with his interpretation of the reggae classic “Take It Easy”. 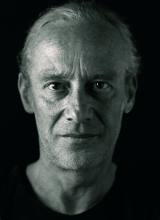 But there weren’t only positive messages in 2010. Sadly enough, Matthias Rüegg made the decision to end  the internationally prestigious Vienna Art Orchstra after several successful decades, due to lack of  support. Thus, Austria has not only lost one of its greatest musical exports, but also a real institution.

Arousement ruled over the copyright levy on hard drives, introduced by the collecting societies Austro Mechana, Literar-Mechana, LSG, VAM, VBK, VDFS and VGR, and was answered by the computer giant HP, on behalf of importers and distributors, with a lawsuit. Whether this third attempt – after trials in 2005 and 2009 – will succeed in establishing the levy can not yet be foreseen. It will certainly take some time until the verdict is made – presumably from the Supreme Court of Justice. 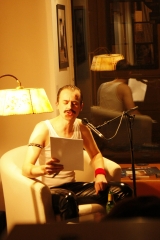 mica – music austria itself can look back at a very exciting and varied year 2010, full of many interesting new projects. Thus, in April a new branch was opened in Salzburg to service musicians. The discussions organized by mica – music austria were very well attended, especially the mica-focus series, as well as the newly hosted reading events “lese-takt”, which welcomed prestigious musicians such as Austrofred, Rainer Krispel, Birgit Denk, Louie Austen and Ernst Molden. Further highlights in mica – music austria were the events “Neue Töne Music Talks”, organized by the music magazine The Gap, which served as a preparation for the call “Focus Musik” by departure.