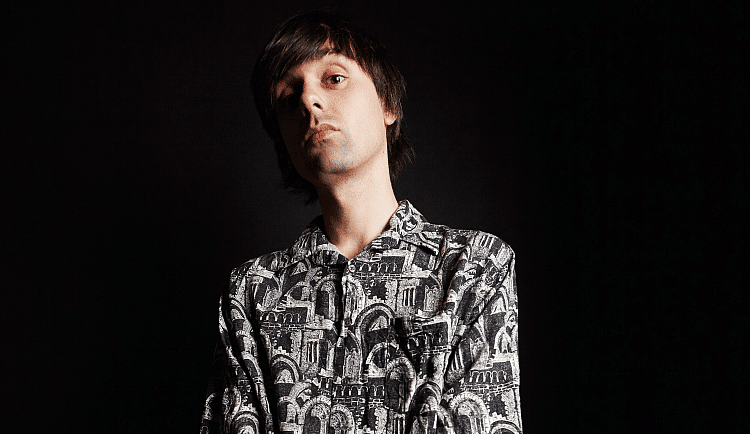 Mile Me Deaf´s single “Blowout”, that was already released last summer, made it clear: guitars have taken a break. Actually, the whole 90’s grunge presentation is taking a break. Because on their new album “Alien Age” (Siluh Records, release March, 03) more hip genres have taken the lead.

That means things like vapor- and chill-wave, dub and avant-garde à la new weird America. You could probably explain it by saying there is a strong connection between folk elements and experimental music. Animal Collective, Vampire Weekend and Sufjan Stevens are part of it just as much as Ariel Pink, who in our case probably comes the closest to what Mile Me Deaf are presenting on their new album. It’s this mix of apparently light-hearted dreamy music that is so crammed full of details that you can discover something new every time you listen to it.

And both acts have put the excessive use of samples in the foreground. The joke is, that you can’t always hear if the music was played organically or built up out of a bunch of smaller pieces. Ok, the pieces were easier to hear with Ariel Pink than with Mile Me Deaf. And that is the biggest difference between the two: The Austrian band maintains, even on their most “strange” combination of sounds and vocals a very clear song structure. Ariel Pink on the other hand jumps around in one single song between ballads, roaring opera-singing and lo-fi rock.

A SAD ODE TO YOUTH

Still, even if the Americans seem to have used more samples, with Mile Me Deaf the devil is in the details. The list of ingredients the band used reads like the shopping list of a magician who wants brew a potion to fill the whole world with sound. Next to Japanese and Austrian folk you can find a Vulcan harp, classic ghost screams, and the untuned piano from Club Scheiße in Cologne.

Those really are ingredients for a strong potion, or a strong album, which is just what “Alien Age” is. You get the feeling that the musicians had a lot of fun as they mixed the melodies and fleshed them out with meaningful lyrics. Most of those lyrics were written after the Paris terror attacks in 2015. But that doesn’t mean this is necessarily a political album. It’s much more of an ironically undertones criticism of the western world and their “first world problems”.

Musically, this is underscored through the use of current modern genres like vaporwave. This musical style plays with melancholy, youthfulness and monotony. You could almost say vaporwave represents the boredom of today’s youth, which doesn’t just mean 13-17 year olds, but for late bloomers from 20 on up. “Alien Age” is an album that is just as exciting as it is relaxing. It has it’s small “strange” moments – like for example the song “Shibuya+” that is sung by Katarina Trenk. Then their is “Blowout”, a summer pop song and instant ear worm. It’s an album for fans of experimental pop, for people who like to be entertained at a very high level.