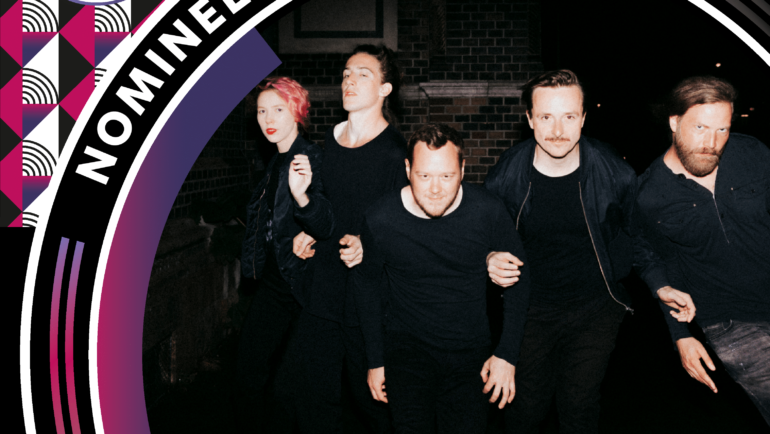 The Music Moves Europe Talent Awards (MMETA) are the new European Union Prize for popular and contemporary music. The MMETA is celebrating European music and rewards eight outstanding emerging artists every year at Eurosonic Norderslaag (ESNS). The award recognizes the artists’ international success, as well as rewards them with a performance at ESNS, a training programme and financial support for touring and promotion. Compared to Anglo-American music, the total percentage of music originating from mainland Europe is relatively small. The Music Moves Europe Talent Awards are therefore designed to accelerate the international careers of upcoming European artists.

Nominees for the Music Moves Europe Talent Awards are selected through monitoring upcoming European artists’ airplay, music streams, and live performances in Europe, alongside music industry recommendations and Soundcharts data. All winning artists are to receive their prize during an award ceremony at ESNS (Groningen, NL) in January. An international jury will determine a total of eight winners. Alongside these eight final jury winners, music fans across Europe will vote to determine one Public Choice winner. Both the winners and public choice will be revealed at ESNS.

The official nominees for the MMETA 2020 were announced on September 20 at Reeperbahn Festival in Hamburg. Among this year´s sixteen nominees is the avantgarde-pop formation 5K HD from Austria. With the announcement of the nominees, the Public Choice campaign of the Awards starts and music fans from all over Europe can vote for their favourite artists.

The Austrian “supergroup” 5K HD plays with partly acoustic, partly electronic sounds and without ever losing sight of a pop sensibility while moving fluently through jazz, dubstep, breakbeats, funk and even into a prog rock escalation. Their singer Mira Lu Kovacs is regarded as one of the most expressive voices in the scene. 5K HD released their debut “And To In A” to international critical acclaim, followed by lauded performances and sold out shows all over Europe, including Ment Ljubljana, Eurosonic Festival, The Great Escape and Primavera Sound. In summer 2019, they followed up with a string of singles and shows at Haldern Pop Festival, Südtirol Jazz Festival and Reeperbahn Festival 2019. Their new album “High Performer” was released on September 6th.
Vote for 5K HD