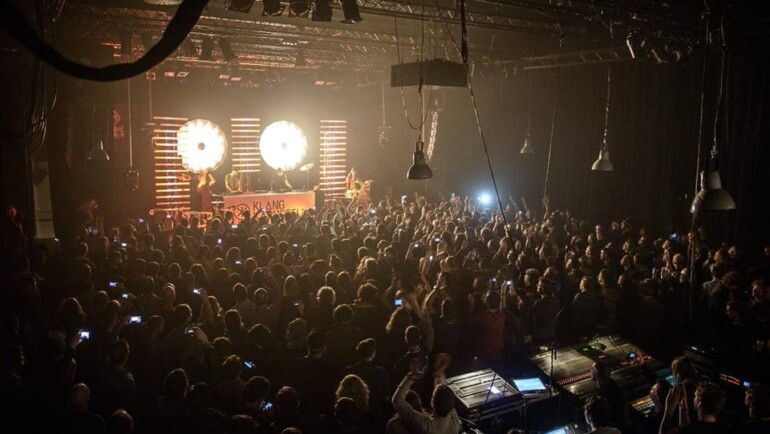 The Music Moves Europe Talent Awards are the new European Union Prize for popular and contemporary music implemented by Eurosonic Noorderslag (ESNS). The prize is to be awarded annually to those artists who represent the European sound of today and tomorrow.

The aim of the Music Moves Europe Talent Awards is to celebrate new and upcoming artists from Europe and support them in order to help them develop and accelerate their international careers. Nominees are selected through monitoring the former European Border Breakers Charts, their streaming figures, results from the European Talent Exchange Programme (ETEP) and recommendations from music export offices, as well as the partners involved in the prize. Winners of the prize will be rewarded with a chance to play live at ESNS, a tailor-made training programme and financial support specifically intended for touring and promotion. The nature of what the prize offers is regarded as a way of affirming the shared commitment to helping emerging artists break through in Europe and beyond.

European sound of today and tomorrow

In the last years, several Austrian artists – including Filous, Klangkarussell or Elektro Guzzi – were awarded with a European Border Breakers Award. Succeeding the European Border Breakers Awards (EBBA), the annual Music Moves Europe Talent Awards are co-funded by the Creative Europe programme of the European Commission, with the additional support of the Municipality of Groningen, Province of Groningen and the Dutch Ministry of Education, Culture and Science. The awards are presented by ESNS and Reeperbahn Festival, in cooperation with Yourope, the European Broadcasting Union (EBU), IMPALA, International Music Managers Forum (IMMF), Liveurope, Live DMA, European Music Exporters Exchange (EMEE) and Digital Music Europe (DME).

The nominees will be presented at the Reeperbahn Festival in Hamburg in September. Then the twelve winners of the prize will be announced in November and the Music Moves Europe Talent Awards will be handed over during a grand award ceremony at ESNS on Wednesday January 16, 2019.

Eurosonic Noorderslag is the place to discover and access the very best emerging European music talent. As the European Music Platform, the event has a proven track record of helping to break new acts on the international music scene, with breakthrough names such as ALMA, Alice Merton, Dermot Kennedy, Sigrid, Superorganism, and Zeal & Ardor having played at ESNS as up and coming talents. In 2018, the festival featured six Austrian artists: AVEC, ANKATHIE KOI, CARI CARI, HEARTS HEARTS, THIRSTY EYES, and NIHILS. For the 2019 edition, applications are still open until September 1st, 2018.
The event attracts more than 4,000 entertainment industry professionals from all sections of the industry, including representatives of over 400 European festivals. Each year, ESNS stages more than 350 showcases all over the city of Groningen as well as offering a comprehensive and focused conference programme of around 150 panels and keynotes, alongside multiple networking opportunities.

EMEE is the network of the 23 national Music Export Offices in Europe which join forces for a strategic network aimed at increasing the circulation of European repertoire. These music export offices are the national funding organizations and serve as an important point of contact for both national and international networks, providing information on their country’s market while helping to develop long-term strategies for artists’ careers and simultaneously strengthening the companies that represent European artists and music catalogues. Austrian Music Export is a member of EMEE.